Home Interviews We Aspire To Build A Google That’s Helpful 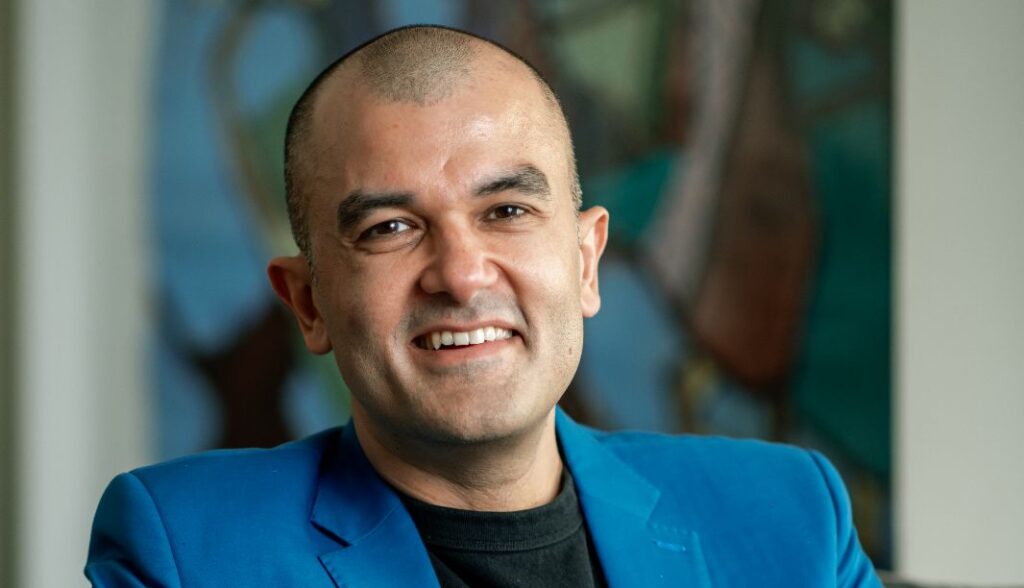 Google is the undisputed leader in Africa’s burgeoning internet market. When it comes to making information available to all people and developing products that are helpful for those living in Africa, Google is well on its way to achieving its stated goals.

Indeed, nobody beats Google in the African internet space, and that’s why it’s been so dedicated to the region.

For the next five years, Google plans to invest $1 billion in projects to support the growth of Africa’s internet economy, and the company has already trained and certified over 80,000 African developers.

Google sees a chance to improve the lives of Africans by making useful products in areas like financial inclusion and elsewhere in the economy. Google’s Grow with Google program has educated over 6 million people across Africa in conjunction with local governments, and the company has donated $20 million to non-profits that are working to improve the continent’s citizens’ access to and use of digital technologies.

Nitin Gajria’s role as Google’s Africa head includes exploring how the company’s products and services can be used to improve people’s lives on the continent. He tells Africa executive that he is pleased with the results so far and that he is excited about the next stage of Google’s 15-year journey in Africa.

I heard you have a childhood connection with technology—could you tell me more about this?

I’ve always been fascinated by technology since I can remember it. Some of my earliest memories are of being a kid in Mumbai, India in the early 80s and having my grandparents fly in from Tokyo once a year. They’d bring gifts for us and I was always excited about these 4 bit single screen Nintendo Game and Watch devices they’d bring for us. Those were fascinating for my brother and I then. When we got bored with the game, we’d unscrew the device, open it up and look at what was inside. Gaming has obviously come a long long way since then.

What were your aspirations, and how have your goals and ambitions changed over time?

My aspirations, like most people, have evolved over time. When I was a kid, I always wanted to be better at sport but in reality, I was much better in the classroom than outside it. Early on in my career, the aspiration was the next big job, the next big title, the next big pay cheque. But now my biggest aspiration is to raise my 2 little boys – now 4 and 6 – to be good human beings. Professionally, I’m fascinated by the role that technology can play in solving problems – both – profound ones as well as everyday mundane challenges.

So, what was the path that led you to Google from your interesting high-profile role in the FMCG industry?

I started my career in the FMCG space, for which I am grateful. I learnt about the importance of great products and user focus from those days-a philosophy that transcends industries. Google was serendipitous. I was working in infant nutrition as well as working on starting a tech business when Google came calling. It wasn’t a part of the plan, but looking back at the last 8+ years, I’m grateful for how things turned out.

How would you describe the Google brand?

Google is your friend, Google is your teacher, Google is your confidante. In Africa we aspire to build a Google that’s helpful. We’re looking to support Africa’s digital transformation, support entrepreneurship and explore ways that technology can be helpful in solving important problems.

One of your responsibilities as Google’s helmsman in Africa is to figure out how to make the internet more useful to the region and how technology can enable amazing things. Could you provide an assessment of your efforts in this regard?

We’ve been on the continent for over 15 years now, and it’s been an amazing journey. I’m excited about the current phase of our journey. We have a significant portion of Africa’s population on the internet and this number continues to grow everyday. In that context, last year we made a commitment to invest a billion dollars to support Africa’s digital transformation over a five-year period. This investment is in four main areas: getting more people on to the internet by solving barriers to access; the growth of entrepreneurs and entrepreneurship on the continent-especially tech startups; building helpful products for Africa; and working with non-profits that are working on some of the most profound challenges that the continent faces.

What are your thoughts on the development of the internet in Africa?

In Sub-Saharan Africa ,we have over 300 million people on the internet now. This means that nearly a billion people are yet to experience the power of the world’s information at their fingertips. What’s exciting is that we expect another 300 million people to come online for the very first time in the next 5 years, and it’s going to be a heck of a ride.

All of this will also have a deep impact on Africa’s economies. Google and IFC released a report on Africa’s internet economy which is estimated to be at $180billion in 2025 – roughly 5.2% of the continent’s GDP, expected to grow to over $700 billion by 2050.

Beyond the numbers and figures, I’m excited about what we’ll see young African tech entrepreneurs build over the next several years. No one is better placed to find meaningful tech solutions to some of Africa’s biggest challenges as the continent’s young tech entrepreneurs and developers.

Will there ever be a time that Africans will leapfrog into the digital future?

This is already happening. We’re seeing amazing innovation that’s built in Africa for Africa. Let’s take, for example, mobile money. Sub-Saharan Africa is the mobile money capital of the world, with more mobile money transactions, more transaction value, and more active accounts than any other part of the world. We’re also seeing some amazing innovations in agri-tech, ed-tech, med-tech, and renewable energy. So the view that Africa is lagging in tech innovation, I think, is a fallacy. The challenge now is: how do we get more people easy and affordable access to technology?

What prompted Google to launch the $50 million Africa Investment Fund, which is aimed at early-and growth-stage startups on the continent?

As I’ve said, no one is better placed to solve some of Africa’s biggest challenges than young tech entrepreneurs and developers on the continent. And the job of industry, government, and civil society should be to create an environment for these entrepreneurs that is supportive and conducive to innovation.

Apart from the Africa Investment Fund, we’ve also been running the Accelerator Africa program for several years now, where we bring on cohorts of startups and expose them to an intensive mentorship program, giving them access to resources and expertise to help them scale their business. Over the years, we’ve had close to 100 startups go through the program who have then gone on to generate close to 3,000 jobs.

We also recently launched the 2nd cohort of the Black Founders Fund. This is in recognition of the fact that not all founders have equal access to capital. Through this, we support black-led startups through cash awards and hands-on support.

What have been the challenges of leading a $1.6 trillion tech giant’s Africa operations thus far?

Fortunately, we haven’t encountered any insurmountable challenges on our mission so far. There have been bumps along the way, but given the immense vastness and diversity of the continent, we’ve always been able to work with like-minded partners with shared values and shared goals to overcome these bumps. I’ve been privileged to have met so many amazing people and organizations that are passionate about the role that technology must play in building Africa’s future.

Tell us about one of the most difficult situations you’ve encountered since becoming Google’s Managing Director for Sub-Saharan Africa.

This may not count as a situation, but if there’s one thing I’d change today, it would be the state of internet access. I am absolutely convinced that access to the internet can have a positive life-altering impact. We have a long way to go to get to universal access, and we need to work together across government, the private sector, and civil society to accelerate our journey towards that goal.

What are some of the goals you hope to achieve before the end of your tenure?

I don’t think of goals in that way. We’re on a journey. On a mission, if you will. A mission to organize the world’s information and make it universally accessible and useful in Africa. This is a timeless mission, and what this entails will continue to evolve. There isn’t a moment when this mission will be completed, but in fact, this is an ongoing endeavor.

EY’s NextWave Strategy Brings Together Our Purpose And Values