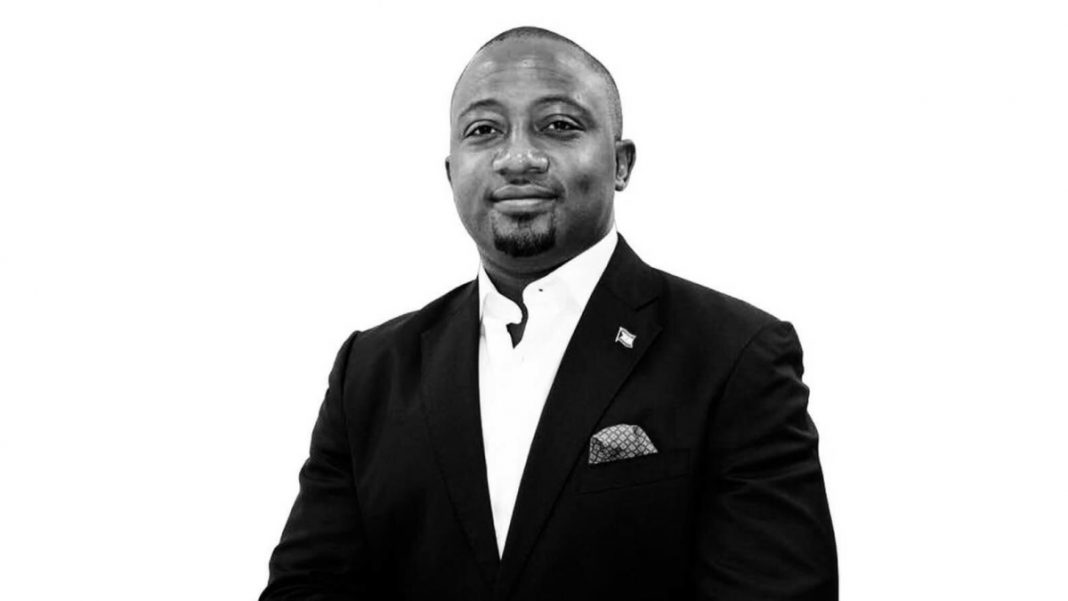 Mr. Leoncio Amada Nze is The Africa Energy Chamber‘s new Executive President for The Central African Economic and Monetary Community (CEMAC). The CEMAC region is made up of six States: Gabon, Cameroon, the Central African Republic (CAR), Chad, the Republic of the Congo and Equatorial Guinea.

In this interview, Mr. Nze examines the current state of the Equatoguinean energy industry amid the COVID-19 pandemic and the oil price war. He also addresses key topics including the inclusion of women in the energy industry, the importance of local content policies and the creation of enabling environments that are attractive to foreign investors.

Under the leadership of H.E. President Teodoro Obiang Nguema Mbasogo, Equatorial Guinea has grown and still has a bright future for its oil and gas industry. As the Ministry of Mines and Hydrocarbons of Equatorial Guinea pushes forward with its Year of Investment campaign, what can we look forward to?

The Year of Energy initiative launched in 2019 by the Government of the Republic of Equatorial Guinea through the Ministry of Mines and Hydrocarbons was a great success for the country. This initiative made Equatorial Guinea the hub of the oil and gas industry at an African level, through the organization and hosting of conferences with international reach, including the APPO CAPE VII Conference, The Oil and Gas Meeting Day and the 5th GECF Summit.
These international events showed the world the great potential of the country as a destination for foreign investment and put into perspective the opportunities and benefits that Equatorial Guinea offers to foreign investors.

With the efforts deployed by the Ministry of Mines and Hydrocarbons during the Year of Energy, EG-Ronda (the bidding round) carried out in 2019 was successful. It notably resulted in the concession of 9 oil blocks to internationally-renowned companies and, for the first time the country’s history, 15 mining blocks were granted.

The Year of Investments 2020 is build-up on the Year of Energy, through which the government intends to diversify and strengthen the national oil sector through the implementation of downstream and infrastructure projects such as the construction of two modular refineries, of a methanol-to-gasoline plant, of strategic storage tanks for refined products, etc.

All these projects are aimed at creating jobs for the locals, promoting energy security in the country, and achieving the transfer of technology in favor of local companies that would work in collaboration with large multinationals in the execution of these projects.
All these initiatives allow us to affirm that the hydrocarbon sector will continue to be the locomotive of the Equatoguinean economy for many years to come.

For many years, Equatorial Guinea has been exploiting its resources and exporting them. What is the importance of the country focusing on developing its midstream in order to add value to its industry?

Oil has been and remains a blessing for Equatorial Guinea. Revenues from oil exploitation have allowed the country to build basic economic infrastructures such as airports, ports, highways, power plants, drinking water systems, social housing, etc. However, upstream activities are capital intensive. Although they generate a lot of money for the companies involved and the host governments, they do not generate many jobs as most of the operations are automated.

Hence the importance of promoting and developing the midstream segment in order to locally process and transform part of the crude oil and gas that the country produces. In doing so, related sectors and industries are created, generating more local jobs and encouraging the creation and entry of local companies in the value chain.

Last year, the Department of Local Content launched its first-ever CSIR book in order to highlight the socio-economic contributions of the oil and gas industry over the last 25 years. How can Equatorial Guinea build on the contributions of projects such as the Bioko Island Malaria Elimination Project, the Bioko Biodiversity Protection Program and the Baney District Hospital Project which covered malaria reduction, healthcare, access to clean water and infant mortality rates?

Equatorial Guinea’s oil and gas industry has been very instrumental in supporting the national government in the realization of projects with a social impact throughout the national sphere. This includes the construction of educational centers, hospitals, playgrounds, drilling of water wells and more. The Malaria elimination project in Equatorial Guinea, financed by the Ministry of Mines and Hydrocarbons together with the oil companies and implemented by the Ministry of Health, is also of great importance to the country.

Furthermore, with the support of the government, the laboratory in the city of Baney (also financed by the oil sector) has become the spearhead in the strategy for the fight against COVID-19. The center has been certified by the WHO and has the capacity to carry out more than 150 COVID-19 tests per day.

Through its Gas Mega Hub project, Equatorial Guinea plans to deliver on expectations of successful cross-border gas cooperation. How do you foresee the COVID-19 pandemic impacting these plans?

The Mega Hub Gas Project is an ambitious and innovative project within the policy of zero gas flaring promoted by the Ministry of Mines and Hydrocarbons.
Its conception, planning, and execution are being carried out within the framework of the expectations that the parties involved agreed upon. The destruction of global oil demand caused by the COVID-19 pandemic, combined with the oil price war between Russia and Saudi Arabia, have brought oil prices to very low levels in the international markets.

This dynamic can jeopardize certain investment projects that many companies have in their portfolio. The current situation will force many companies to cut investment projects to try to navigate the crisis that is plaguing us if the host governments do not activate supportive mechanisms in favor of the oil sector. We trust that this is not the case of the Gas Mega Hub project since it is of great significance for Equatorial Guinea and the subregion.

These types of social policies and projects must be equally supported, financed and accompanied by national companies in the oil sector. To do this, it is necessary to look further into local content policies and encourage the creation of dynamic, efficient, and profitable local companies that are capable of competing at the international standards levels required by the sector in which we operate.

The Ministry of Mines and Hydrocarbons announced that it was waiving fees for oil and gas services companies operating in the country amid the oil price war and the ongoing COVID-19 pandemic. How does this move encourage further investment and continued relationships with major companies?

We are facing an unprecedented crisis with disastrous and unpredictable consequences to the oil industry, in combination with the historical fall in crude oil prices in the international markets to levels only seen during the Gulf War.

However, we believe that other institutions and departments of the public administration should adopt similar reactions and initiatives to support the oil and gas sector as a whole. This could occur through production and service companies safeguarding the operations and stability of the oil sector, on which the country’s GDP depends on 91%. This is a task that appeals and requires the sense of responsibility of all the actors involved.

Governments play a key role in seeing through the growth and development of the sector. What can African governments do more to support oil and gas companies in order to increase the pace of exploration and production?

In any sector or economic activity, foreign and local investment are directed to those areas and places where the returns on investment are acceptable for people who decide to risk their capital. The same is true in the oil sector. African governments need to be much more flexible when it comes to fiscal terms of oil contracts, especially in the exploration and development phases to attract investment. To maintain the production plateau over time, investment in exploration is required. For this to be possible, the fiscal terms of oil contracts must be even more flexible in these times of crisis.

In encouraging investors to enter African markets for the development of the oil and gas industries, what is the role of policy certainty in creating enabling environments and boosting investor confidence?

Foreign investment is directed to places where there is a perception that the invested capital is protected, and the rules of the game are transparent, respected and applicable to everyone. It is in this sense that African countries must insist and work on the consolidation of the rule of law, transparent, stable and predictable fiscal frameworks, and finally, respect for the sanctity of contracts. All these factors contribute to the creation of a stable business environment that attracts foreign investment and generates confidence.

Where does change need to begin in order for us to see more women in senior-level positions in Africa’s energy industry?

A society that marginalizes half of its population cannot reach its full potential.
We can extrapolate the same analysis to the oil and gas industry. We believe and know that women have a lot to offer to our industry. There are talented women on the African continent, capable of holding positions of leadership and direction in the African oil industry. We have started to see a few women in management positions, but we believe that is not enough. We might need to have a local content policy based on women empowerment in the oil and gas sector. More can and should be done.

We men in the African oil industry are fathers of women, sons of women, and husbands of women. We would like our daughters and spouses to access leadership positions in any sector as long as they have the necessary skills and experience for such a position. Men have a responsibility to model this change.

Africa still lags behind the rest of the world in education and skills development, how can the continent utilize its hydrocarbons industry to foster wider economic growth?

The African oil sector can and has the necessary capacity and resources to improve and promote quality education, the use of new technologies, and the promotion and incentivization of private initiative. All of this is possible through the implementation of a rigorous and coordinated local content policy to ensure technology transfer.

As the climate change debate continues, what does global pressure to move towards renewable energy-focused energy mix mean for countries across Africa that are still plagued with energy poverty?

The debates on climate change is very important and with far-reaching socio-economic implications for all countries and continents.

From my point of view as an African businessman in the hydrocarbon sector, I would say that climate change is undoubtedly real and affects us all. Arguably, we all have a moral obligation to do something to reverse the situation.

We also have to be aware of our socioeconomic reality. Africa is the continent that pollutes the least. Yet, it is the least industrially and technologically-developed continent. It is also the continent with the least financial resources to invest considerably in renewable energy in such a way that they have a real impact on our energy basket.

We have to strike a pragmatic balance between the efforts we have to make in the fight against climate change and the real needs of our people.