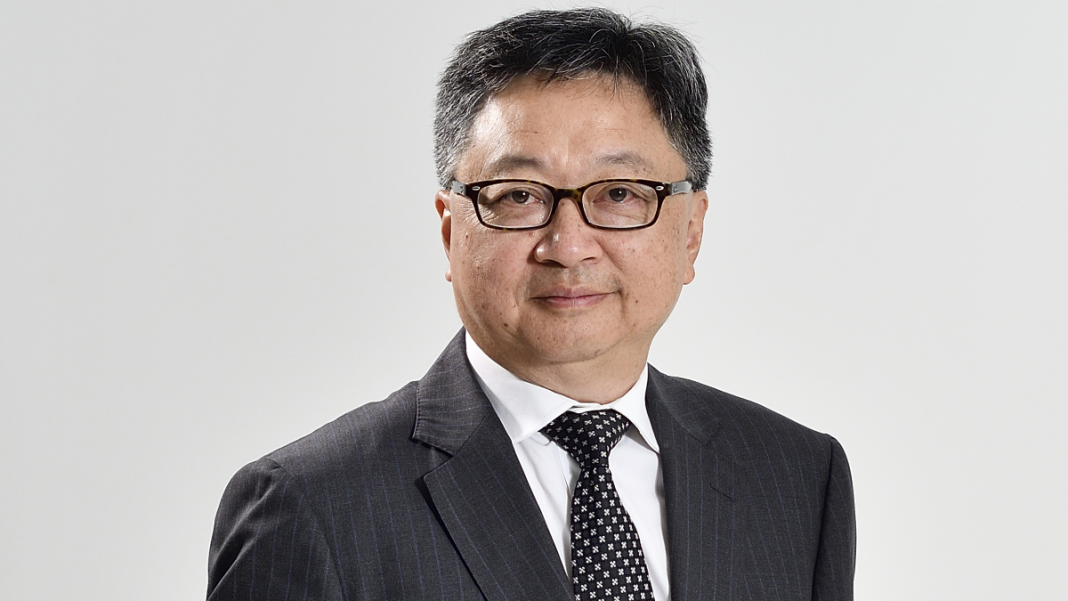 Founded in 1838, Mauritius Commercial Bank, MCB, is the oldest and largest banking institution in Mauritius. The bank also enjoys the reputation of being one of the oldest

banks in Sub-Sahara Africa, whilst retaining its founding name. Headquartered in Port Louis, the country’s capital city characterised by its administrative importance as well as the buoyancy of economic and commercial activities, MCB operates a local network of 40 outlets and 150 ATMs through a holding framework that drives its two-pronged strategy of diversification into financial services through local subsidiaries and associated companies and regional expansion through its foreign subsidiaries.

This has enabled it to conduct operational banking transactions in Madagascar, Maldives, Mozambique and Seychelles. The bank has also strengthened its presence in Réunion, Mayotte and Paris through BFCOI, its associate. In 2008, the MCB opened a representative office in Johannesburg, with several active involvements in project and trade financing in Sub-Sahara Africa. Early 2018, news emerged that the bank is planning to expand into more countries in the Sub-Sahara region.

In Nigeria, the bank has been quite active under the aegis of its Energy and Commodities unit, taking part in landmark transactions with important disbursement volumes in the oil and gas space, with facilities relating to upstream finance and reserve-based lending. Through these high-level transactions, MCB has been able to position itself as one of the top contributors towards new Exploration and Production activities within the context of its ‘Bank of Banks’ strategy.

MCB also supports and partners with financial institutions in Nigeria, whilst providing structured project finance facilities to operators in telecommunication, power generation and industrial projects. Since the global financial crisis, leading to recession, there are a few things that didn’t change for MCB. These include its banking purpose,customers’ needs, and the core capabilities that drive its strategies. Even in an increasingly digital arena, MCB had long seen the value in investing in technology since the 1980s; a move that has since enhanced the bank’s operational efficiency.

In the 180 years of its existence, what would you consider the primary achievements and legacy of Mauritius Commercial Bank?

It is difficult to encapsulate the bank’s key achievements over such a long period. But, to sum it all, I would say that MCB can pride itself in its commitment to the core values that have helped to guide and shape its functioning and business growth. Our entrepreneurial spirit as well as our resilience and agility, have helped MCB to consolidate its position as the leading banking player in Mauritius and a prominent regional financial services provider in the region.The bank has been a pioneer in providing innovative solutions to meet evolving customer demands in Mauritius. It has continuously served its customers in a fair, simple and responsive way, in good or bad times. It accompanied them through different stages of their life and business cycles, thus helping to turn budding ideas into practical achievements. Furthermore, drawing from its intimate local knowledge, MCB has provided timely support to help emerging sectors of the Mauritian economy to prosper over the past decades, notably, the textile and manufacturing industries, Freeport, tourism as well as financial and business services. In this way, we played a pivotal role in fostering socio-economic development of Mauritius.

Right from the onset of MCB’s business life, all through the many obstacles encountered along the way, how has it been sustaining its culture?

We have come a long way since 1838 when we first commenced business. Our business growth has accompanied the various stages of the socio-economic development of Mauritius. Indeed, tapping into our solutions and entrepreneurial spirit, we have been at the forefront to transform the Mauritian economy from its monocrop status into a services-based nation, alongside helping the country to accelerate its industrialisation process and modernise its economic sectors. In fact, we have capitalised on our entrepreneurial mindset and adaptability to be closer to our local clients and their evolving needs and requirements. While diversifying our revenue streams and putting our growth on a stronger footing, I would add that our regional diversification agenda has also played an important role in helping us achieve our ambitions and move forward.We also embraced cuttingedge technologies and digitally transformed our operations to face up to market development challenges and better attend to customer aspirations. At the same time, we ensured that diligent riskmanagement practices are adhered to so as to ensure that our growth is both balanced and sustainable.

How important is MCB’s role in fostering socio-economic progress of Mauritius?

MCB played a significant role in fostering the inclusive socioeconomic development of the country. It accompanied the transformation of Mauritius into an upper middle income country, while contributing to position our jurisdiction as an international financial centre of substance and good repute. In addition to large corporations, we provided dedicated support to help SMEs prosper. All in all, the bank has, during the last financial year and when measured in terms of GDP, contributed directly some 3 per cent to the total value generated by the economy. In another light, I would add that the bank positions itself as a sustainable corporate citizen, with wide-ranging initiatives for promoting social welfare, natural resource protection and energy preservation. The MCB Forward Foundation, MCBFF, is the group’s dedicated vehicle for the efficient and effective design, implementation and management of initiatives geared towards embedding the organisation’s engagement with the communities in which it operates. MCBFF provides extensive support for the promotion of education, culture, youth and sports, as complemented by the bank’s sponsorship activities.

How is MCB different from other banks in the region? What makes it unique?

In a nutshell, MCB, which is investment-grade rated by Moody’s and Fitch Ratings, stands out for its long track record of strategic achievements and financial soundness. As highlighted before, the bank has, on the basis of its customer service quality and speed of action, forged a reputable brand image, both in Mauritius and on the regional front. Beyond the organisation, MCB has capitalized on the competitive advantages that the Mauritian economy offers with stable economic, regulatory and political conditions and a large pool of bilingual and skilled workforce to spur its activities.

What are some of the innovative initiatives implemented by MCB in its attempt to improve efficiency and competitiveness?

In recent years, MCB embraced Omni-channel management and expanded its digital capabilities. Our objectives have been to better serve customers, improve operational efficiencies and create a more conducive base for revenue generation. While our branches have been modernized as per the world-class ‘department store’ concept, our easy-to-use products and services are available to our customers on a 24/7 basis, in the process allowing them to undertake their transactions in a seamless and convenient way. As regard our individual customers, a key observation is that around 92% of the number of cash withdrawals are undertaken via our ATMs, while some 90% of transfers are carried out via digital channels. They include our ‘Juice’ mobile banking service, Internet Banking solution, Contact Centre, Kiosks, contactless Point of Sale terminals, deposits and forex ATMs. Furthermore, allow me to stress that MCB has lately embarked on an ambitious Digital Transformation Programme to improve its operational flexibility and preserve its market competitiveness. Towards this end, the bank aims to rely on cross-cutting enablers, including an agile operating model, enhanced people capabilities and investment in top-notch technology.

MCB was one of the first banks in the region to invest in technology in the 1980s. In those days, what was that meant to achieve?

Indeed, since early 1980s, MCB accelerated its investment in cutting-edge technological tools and platforms to meet evolving customer needs and improve its operational efficiency levels. Around that time, MCB triggered a number of firsts in the banking sector in the field of innovation and technology adoption. In fact, in those days, focus was already on boosting operational efficiency to underpin the effective running of activities and subsequently to enhance customer experiences.

What are your thoughts on how digitalisation is changing banking in the region? How do you see that playing out over time?

Indeed, digitalisation and increased technology diffusion has fuelled noteworthy innovation and boosted growth in the banking sector by creating new business opportunities. Essentially, a gradual move towards ‘branchless banking’ is being witnessed, underpinned by the recourse to latest technologies and platforms, including those allowing for mobile banking services. Consumers have started moving away from physical cards and relying increasingly on their mobile phones to conduct dayto-day banking transactions. As per McKinsey Global Institute, some 40 per cent of African banking customers surveyed now prefer to use digital channels for transactions. Moreover, in four of the continent’s major banking markets, the share of customers who prefer digital channels is significantly higher than the share preferring the branch channel. On a comparative level, African customers are viewed as being more connected and ‘online’ than their counterparts in other developing countries.Moving forward, I believe technological innovation in banking would be at the forefront across the African continent.

The enduring appeal of MCB will soon be extended to West Africa, where you plan to establish visible presence — in Ghana and Abidjan. As a forwardlooking financial institution, what is the investment case for entering these markets?

The West African region is undoubtedly an area embodying interesting business opportunities, with appreciable market confidence and strong interest from international and regional players. Various countries have shown appreciable signs of resilience during the past few years, notably with respect to their ability to withstand movements in oil and gas prices. We are already doing business in specific countries of West Africa, notably Nigeria and Ghana. We have built a network of corporate and financial institutions with which we regularly collaborate. As for establishing a physical presence in the region, we are still weighing our options, which include that of opening up a representative office therein. We are confident in the region’s potential and openings that could be unearthed in support of enhanced economic and banking activities.

What impact do you expect your West African expansion to have on your operations? What do you anticipate will be the biggest differences in how you do business in the South West part of the Indian Ocean versus West Africa?

Without any proper study and on-the-field assessment, it is somewhat difficult for us to ascertain the impact that any widening of our footprint the continent could have on our operations. Each country as being unique in its own right. The conduct of our business activities will be influenced by the opportunities for growth across markets, while, at the same time, hinging on the level of market sophistication and the competition landscape.