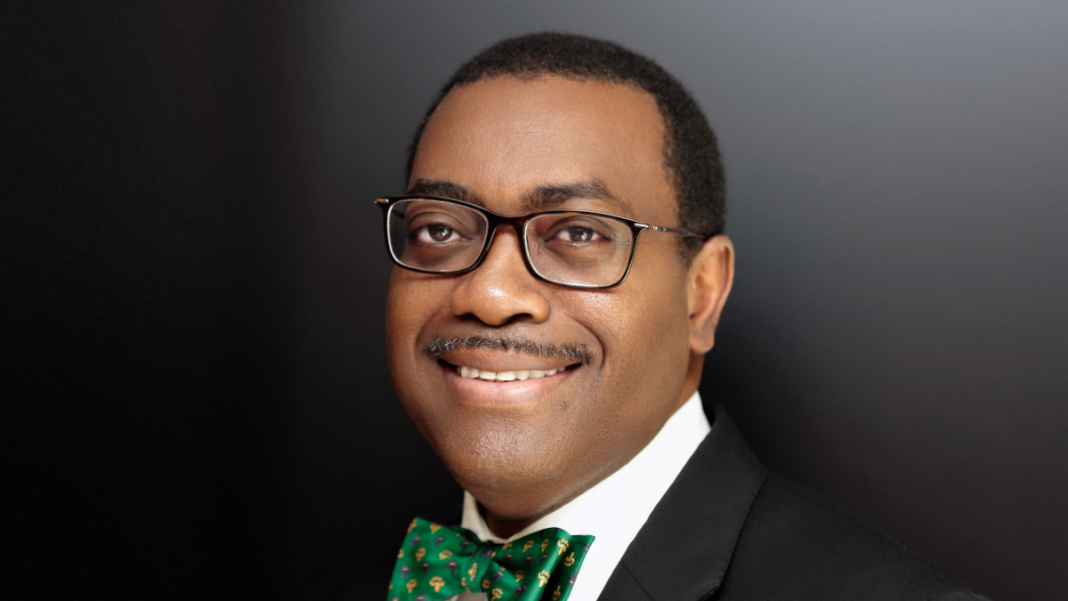 Akinwunmi Adesina is the 8th elected President of the African Development Bank (AfDB) Group. He took office in September 2015, having served as Nigeria’s Minister of Agriculture and Rural development. As president of the AFDB, Adesina has thrown his passion and weight into agricultural technologies, electricity as the continent’s number one priority.

In the four years since he became the AFDB President, the bank have connected 16m people to electricity; provided 70m people with access to agricultural technologies;  facilitated access to improved transportation for 55m people; and  provided access for 31m people to improve water and sanitation.

Adesina considers these some of the feats recorded under his tenure. He shares thoughts on the dynamics of being a development banker.

The Mandate of the African Development Bank (AFDB) is to support Africa in areas that constitute a critical part of the continent’s development strategy: How has it been managing such a mandate?

We adopted a selective and  focused approach away from the shotgun approach by identifying five critical elements. Coined “The High Fives”, these five priority areas within the context of the Bank’s Ten-Year Strategy—to light up and power Africa, feed Africa, integrate Africa, industrialize Africa, and improve the quality of life for the people of Africa— represent the Bank’s proposed blueprint for African countries to embark on a course of sustainable transformation.

It’s been four years since you were named President of the AFDB, what have you enjoyed most as a development banker? and what does it symbolize for you?

My mandate as President of the African Development Bank, affords me the opportunity to work with highly trained and qualify professionals on some of the continent’s most challenging development goals (i.e access to clean energy for all).  At the end of my tenure, it will mean a lot to me, if the general sentiment on the continent is that there has been an improvement of the quality of life of African women and men as a result of the operations and projects led by the African Development Bank during my tenure.

By any measure, you are successful in your chosen endeavor. I’m sure there are several reasons for your success, but why do you believe that you have so been successful?

Well, first thank you for your kind words. I think I have been successful for two main reasons. First, I have always believed in myself- I always set very high targets for myself and I firmly believe that if I can think of something, then I certainly can do it. Second, I believe in excellence. My father was a farmer and so we lived with limited resources. My father only went to school at the age of 14 and upon completion of his education, he joined the civil service at a very low level and made his way to the top. I therefore believed in my father, who served as my role model.

The AFDB has already come so far to adapt to Africa’s growth and focus –to what extent will you look at the world’s other development banks as models to follow?

What degree of inter-continental partnership is appropriate for the AfDB, and how will the prevailing macroeconomic situation affect your assessment of partnership moves?

The size of investments that is needed to take the continent from where it is today to where the Bank wants it to be at the end of my tenure is very ambitious.  And this will not be attained with the Bank’s own resources alone. Therefore, the Bank is gearing itself to play a leading role in bringing together all partners sharing the same development objectives and vision for the African continent.  The current mobilization of partners has scaled up to a level never reached before but this was not at the expense of quality

In what way is the AfDB shifting Africa’s industrial base into more technologically oriented enterprises?

Technological progress offer Africa opportunities to “leapfrog” its development and have its own kind of industrial revolution – For instance, mobile phone-based technological innovations are changing the service delivery landscape in Africa in a number of sectors such as mobile-money, pay-to-go energy payment, health care and agricultural services.  Not only are these innovations leapfrogging traditional service delivery constraints, they are also expanding the service delivery frontier—making more and better services available with any given level of resources.

Upon assumption of office as President of the AFDB, You identified poverty as a scourge that “the continent must not simply manage, but eradicate”.  What do you think is the best way to address this problem, and with what resources? How has the AfDB approached this scourge since its inception?

The best way to address this problem is by financing Africa’s Small and Medium Enterprises (SMEs), which constitute over 80% of the continent’s private sector, and as you know the private sector is the creator of wealth and veritable engine of economic growth in Africa. We have launched several programs to increase financial support to the private sector in Africa with the aim of eradicating poverty.

What lessons did you learn on your way to becoming President of the AFDB?

That we have to believe in ourselves in whatever we do. I wanted to be President of the AfDB, I believed in myself and I worked hard towards achieving this.

What are the key success factors for a President of the AfDB?

I believe there are four main success factors. First, the ability to set ambitious targets. Second, the need to be reform-minded: to change the Bank’s processes from “business as usual” to those are more efficient and faster. Finally, one needs to be close to their clients and respond adequately to their needs. Finally, one needs to strengthen strategic partnerships with all stakeholders- the private sector, civil society, Non-Governmental Organizations (NGOs) and philanthropic organizations, amongst others.

If you had to define the AfDB in one sentence what would it be?

The engine of the winning Africa