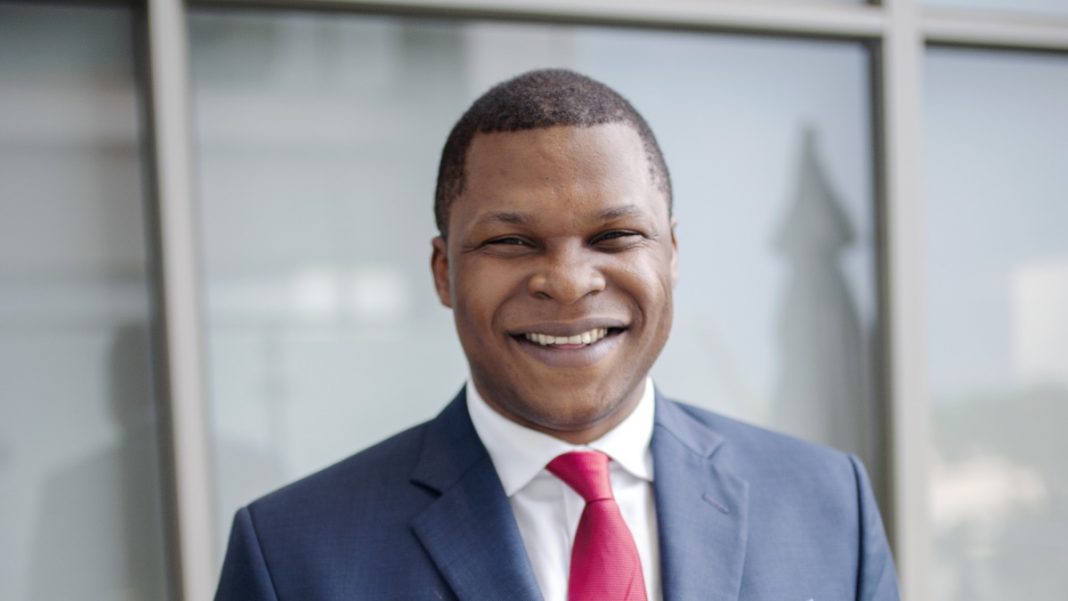 As one of the continent’s most influential deal makers, It’s not surprising to find N.J Ayuk in the 2019 New African 100 most influential. Ayuk has carved a niche as one of Africa’s most influential oil and gas lawyers. Centurion Law Group, the Pan-African law firm which he leads, and which was publicly listed on Europe’s leading stock exchange, focuses on structuring deals in the energy sector as well as brokering deals with governments across Africa and rest of the world.The African Energy Chamber, a tink tank he co-founded is spearheaded a new frontier in the management of the continent’s oil and gas resources for the benefit of Africans.

Billions at play, the follow up to his first book, Big Barrels, is already an Amazon #1 Best-Seller in two categories: Oil and Energy, and African Politics. With a foreword by OPEC Secretary General Mohammad Sanusi Barkindo, Billions at Play sets out to answer many probing questions. Ayuk has an unflinching belief in the potential of Africa, and is evident in his commitment to develop legal capacity in Africa – both in terms of developing talent and developing markets. And it is on this basis that Centurion Law Group was founded.

How did your firm come to be named Centurion?

The idea of Centurion was that when you look at the old Roman soldiers, everybody believed that the Centurions were a group of 100, but they were really only about 25. What it means with us in life is that we are not going to be 100 percent right in life all the time. Even if we are 70 percent right, we are still going to give our 100 percent. For us, we like that idea because it keeps us striving, knowing we are going somewhere. We might not have everything in place, but we are going to work hard and know that there is always room to improve. And that is what shapes our lives and what we do at this firm.

What are the rewards you’ve found practicing corporate law?

It is that, as an African, I can actually influence policy from a corporate perspective. We need to have people who have an African view in the boardrooms to really influence corporations that make decision that affect everyday people. I went into corporate law knowing clearly that I also belong to the streets. And understanding that the African streets never had an advocate within the corporate environment to advocate for them. When you look at issues like empowerment, local content and entrepreneurship and ensuring that Africans become part of the business environment, that is what corporate law means to me — to be a voice for those who have been left on the roadside. Corporations in Africa have a lot of power to really influence public policy, because our opticians in Africa listen to people with money.And if you can swing corporate decisions to promote policy that can lift people up and create a more people-focused environment, then you are doing well. That is what makes me happy with what I do.

What do you consider to have been your big break?

When it came to practicing law, my big break was negotiating contracts for African companies to be in the oil industry when nobody gives them a shot. The biggest break for me was when Pan-Atlantic hired me, giving me an opportunity to work with them across African continent.

What difference do you see in today’s legal market compared to when you started?

The big difference, and this is good for us, is that African lawyers are becoming better. They are becoming more creative. The use of technology is becoming really prevalent around the African legal market. But what is also growing is the role of women in the legal field. You have more women getting into the profession, more women taking their rightful place and taking a part in law, and I think that is good. The more women you have in the profession, the more beautiful the profession will be in terms of ethics and professionalism. I am hopeful and proud of where this profession is going.

Who is your legal hero?

My legal heroes are Thurgood Marshall, an African-American lawyer and the first African-American to serve on the United States Supreme Court, and Charles Hamilton Houston, a lawyer and teacher during the civil rights movement. Houston, for example, empowered young lawyers and he taught everyone by saying a lawyer is either a social engineer or a social parasite. He trained a group of people that went out and changed the world we see today. They left the profession better than they found it. They trained people to become social engineers and defeat the evils in their society.

How would you characterize the state of legal practice in Africa?

It is challenging and there is a lot left to be desired. The countries that have done really well and have the best lawyers, like Nigeria, have shied away from going out of their countries. Because of that, it has left the quality of the legal practice in African very poor. But there is hope, because many countries have picked up where the Nigerians have left off. At this stage, Africans need to do better. We need to have a better bar and a better legal practice, because at the end of the day, it is not about doing legal work. It is about training and building up the lawyers that will become engineers of society and build an Africa we really want to see.

How do you envisage corporate law developing over the next few years?

It is going to get even better, and here is why: Africa is a continent of growth. Africa is improving rapidly — there is more inter-African trade and more international investment coming to the continent. It is going to force everybody to get a grip on getting things right. I am very hopeful, but we have to keep a watchful eye to ensure that corruption, mismanaging and poor government policies do not ruin our profession.

As a specialist in energy and extrative industry, there’s the projection that crude oil would lose its relevance in the near future. In view of this how do you think the African oil producers should better position themselves to ensure they are not caught napping?

Get busy and get involved or get left behind. Pursue meaningful routes to change current negative narratives, practical solutions, radical re-thinking of the industry’s operational outreach, and go for a real opportunity that will foster development and job creation. We have got to keep going because oil is not going to disappear from our economies and consumption patterns anytime soon.

You have built your law practice on energy companies and advising governments on energy matters. And you have also contributed immensely to and witnessed the explosive growth of the oil and gas industry in Africa over the last 10 years. From your experience, what are the most common challenges that arise in the financing, management, and negotiations segments of this industry, and how do you navigate these?

The traditional sources of funding for oil and gas projects have always been debt and equity or IPOs. However, lately banks have been forced to introduce tighter lending controls in response to new legislation, caution around risk management and the pressure to deliver an appropriate return. In the case of IPOs, being heavily dependent on oil and gas prices and economic and financial market conditions severely limits investors. In a bid to mitigate this, most investors are turning to the bond market, project partners, private equity and export credit agencies.

Oil and gas is a unique resource in the sense that it depletes once an acreage has been drilled to within an inch of its life, and the entire infrastructure has to pack up and move on. The major challenges surrounding management have to be the need to look for oil and gas in challenging frontier areas, increased difficulty in acquiring acreages, soaring input costs, and difficulty in delivering large capital projects on time and within budget. With the current volatility in oil and gas prices, it has become necessary to accelerate dramatic reductions in project costs and more accurately estimate project costs and time to first oil.

As energy demands rise, and investment within the energy sector increases, what obstacles lie ahead for your clients in Africa?

Providing enough energy to meet the needs of a fast-growing world population with increasing living standards will require major advances in energy supply and efficiency. Improvements in technology and policy with respect to the energy sector will have deep implications for the growth, international competitiveness, economic security and prosperity of developing countries.

In Africa the scale of the challenge and the corresponding opportunities are huge. Less than half of the population of the continent has Oil & Gas access to steady electricity. Putting measures in place to fix that, in many instances, means starting almost from scratch. Combined with moribund legislation and political instability in some countries, we have a long way to go, but we are moving in the right direction.

Your commitment to the energy sector led you to establish the African Energy chamber. Why is important to have a chamber such as this?

The Energy Chamber represents the majority of African job creators in the energy sector and is also a partner of government to advise them on the view of our members when some policies are getting in the way of the economic growth make African petroleum countries grow and create more jobs. We are in a unique position to be the biggest advocates for investing in Africa’s natural resources and also push for local content as well. And we have been lucky to get the support of many business leaders and entrepreneurs around Africa. The market is still bearish even though the fundamentals for a strong Africa recovery are strong. The Energy Chamber recognizes that government has to play its part by giving businesses an enabling environment.

“Billions at Play: The Future of African Energy and Doing Deals,” is your second book on oil and gas in Africa. Are ideas and/or concepts in this book based on feedback on your first, or from your experience as a legal practitioner in the sector?

In this new book, I flesh out a practical plan that can be used to help Africa grow. I wrote my first book “Big Barrels” over three years ago. The industry is in a much different place now. More than anything, the message that African energy must benefit everyone, and must involve us all no matter what sector you are from, needs to be told and heard more. We need to take ownership of our energy story as a people. I strongly believe that “Billions At Play: The Future of African Energy and Doing Deals” is sent from the future to show us how to get there.