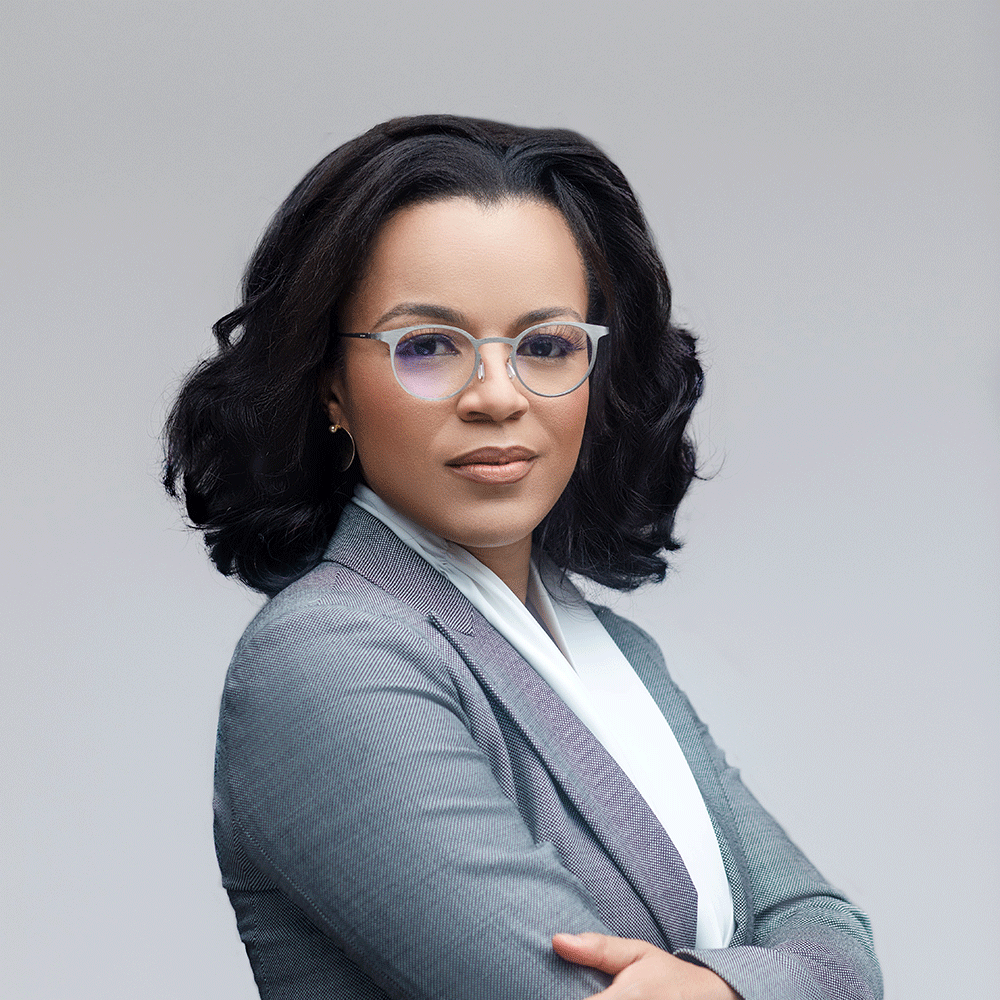 Not long ago, Arm-Harith launched the $250 million Cities and Climate Transition Fund, which aims to support the development of green infrastructure in African cities, which are on the front lines of climate change on a continent with the world’s highest urbanization rate.

Since its founding in 2013, ARM-Harith has positioned itself as a long-term infrastructure fund aimed at unlocking more African capital.

Tariye Gbadegesin was appointed CEO of ARM-Harith in March 2020. She previously worked at the IMF before returning to Nigeria, where she helped launch the Africa Finance Corporation (AFC), a public-private pan-African infrastructure bank, to address the continent’s funding gap. She oversaw the AFC’s first renewable energy transaction (a wind power project) and became the bank’s spokesperson on climate change. Gbadegesin earned a bachelor’s degree in economics from Amherst College in the United States and an MBA from Harvard University.

In this interview, Gbadegesin discusses projects that can both contribute to Africa’s growth and address climate change, as well as how net-zero goals set from afar may impact the continent’s future development.

How do you see the global economic recovery and reopening progressing over the next couple of years?

I think that the global economy is going to be in for a bit of a choppy ride. The pandemic caused such a shift in everything from supply chains to the amount of capital in the system, and it won’t correct itself with one stroke. It’s going to be a pendulum, and you will continue to see this adjustment over time. And all of this will be underpinned by what happens with COVID variants and how many mini-shocks, or mini-contractions or expansions, countries have.
At the same time, it’s a great time to try to channel capital to Africa.

A large amount of liquidity in the system is driving some of the challenges in the market—for example, potential bubbles and rising inflation. But it’s also creating significant opportunities. I would like to see entrepreneurs in Africa position themselves for supply chain diversification, with sovereign support. Africa has a chance to provide alternative sourcing options and cushions for some of the supply chain distortions that the pandemic laid bare.

In terms of infrastructure, which is what your fund is focused on, what kind of projects in Africa are bankable right now?

Bankable is technical jargon for ensuring that you’re going to get paid. Large infrastructure projects tend to have some sort of government tie-in, where the government is providing a sovereign payment guarantee or payment security as well as making policy or regulatory frameworks to ensure that all the assumptions made will hold. The resilience of that fabric of trust is what makes the project bankable.

On the private side, the same principles apply. It could be a large company that is going to contract for the infrastructure service or the energy service. The commitments being made and the regulatory framework in place are robust enough to provide a level of certainty over project performance and payment.

Has the increasing focus on environmental, social, and governance [ESG] factors had an impact on the kinds of projects that have gotten off the ground?

It’s important to understand that ESG is tied to sustainability, but sustainability is not just about the environment. Sustainability is the balance of how you impact the environment and how you impact the needs of society. There are multidimensional principles at play, and these principles have to work together. If not, you have a distortion, not just with prices, but of society and the economy. ESG has historically been a risk management construct, and it has forced developers and companies in Africa to invest in making their projects more ESG-compliant in order to both mitigate risk and access international capital. There has been a lot of capacity-building at government agencies, financial institutions, and even the private sector to help facilitate these activities.

Are digital investments in Africa also linked to ESG? Should they be?

Absolutely. There’s a strong sustainable development angle around digitization, but in terms of the tie-in with climate, we have to look at data centers, which are basically mini power plants. What we’re going to find is that data consumption will become one of the larger emitters. And as Africa is building out its data center footprint, there are more and more firms looking at how to do that with renewable energy, so you don’t have to retrofit data centers as they had to do in the West. A lot of telecom or digital investments on the infrastructure side tend to be very physical, so you need to manage impact and risk around impact.
What’s been very interesting over the last few years is how software, technology, and apps created by African entrepreneurs can help provide development and employment in Africa. These entrepreneurs are creating products and services that are very specific to Africa’s needs.

Building data centers with renewables in mind is an adaptation strategy. You wrote a Foreign Policy article in March 2021 about the need to differentiate between adaptation and mitigation when it comes to climate action in Africa. Can you explain this distinction?

What has happened during the last five years is that capital that goes to climate has gone predominantly to fund mitigation strategies—to emissions reductions—which is critical for the world. But the reality is that individual countries have contributed differently to the emissions levels that have led us to the climate crisis. And Africa [as a whole] is the lowest contributor to greenhouse gas emissions. The numbers are staggering: Africa contributes only 4% of global emissions, and if you take out Egypt and South Africa, it’s about 0.6%.
At the same time, the vulnerability that Africa experiences due to climate change is significant: drought, flooding, agricultural yield reduction, and, as a result, conflict, and insecurity because of changing weather and changing human migration patterns. But representatives of the development finance institutions from developed economies struggle to be convinced that a project that makes a city more resilient to climate change qualifies for climate capital.

Can you give us an example?

In countries like Nigeria, the greatest contributors to our emissions are actually fugitive emissions and deforestation. And if you look at coastal cities in West Africa like Lagos, Abidjan, and Freetown, they are struggling with severe levels of flooding. There’s not enough infrastructure to manage these burgeoning populations. And there is a need for much deeper thinking around adaptation and resilience—and tying climate capital to that.

There’s also a very big risk of food insecurity as a result of climate change. How do you address that? You not only improve agriculture, but you improve the logistics of agriculture: cold chains, road access, rail. These aren’t usually classified as climate projects, but they are resilience and vulnerability projects that Africa needs. As part of the climate accords, the developed economies committed to supporting developing economies’ climate transition funding requirements with $100 billion per year—which is hardly enough. While most of this goes to mitigation, an increasing proportion should also go to building resilience.

How has the African business community’s thinking around the impact of climate change evolved in the last few years?

I think a few years ago there was a sense that the climate discussions weren’t particularly relevant to Africa because African emissions levels are relatively low, and baseline economic development, especially energy access, is the priority. While there was an increasing focus on eliminating funding for coal, there was also a sense that there were other resources, such as gas, that could serve as a cleaner transition energy source for Africa. And there were lots of new gas discoveries, so many African nations had positioned themselves for a gas-led future.
In the last year, all of that has changed. Currently, even gas-linked projects are experiencing capital constraints. A lot of African entrepreneurs and business leaders are realizing climate considerations, guidance, and policies are very relevant for their business and their ability to access capital if they are in the carbon-intensive world, for example.

What do global decarbonization targets mean for Africa?

When the global community allocates developmental capital, they won’t fund fossil fuels, because that’s a direct way to reduce emissions. The issue for Africa is that the emissions are low in the first place, and the greater challenge is that we don’t have energy. What we are finding is that there’s so much of a global focus on mitigation that Africa has to catch up very quickly—it has to show that it is cutting emissions before it has had the chance to develop an energy infrastructure robust enough to contribute anything significant in the first place.
Africa is just on the cusp of industrialization and urbanization. And we need to ensure that as we grow, we build in low-carbon pathways so that our industrialization is as clean as possible, and our urbanization is structured to be low-carbon in nature. Because it’s future emissions that we’re protecting against, not necessarily current emissions.

How worrisome is the shift away from gas for Africa?

I think the moratorium on gas is a big concern to Africa because Africa has abundant gas resources. In the last ten years, many African countries put in place the infrastructure to be able to use gas as the key part of the energy mix to drive access. But those plans are still being implemented and may now be interrupted or even canceled.
There has been great interest in financing renewable energy. What’s interesting, though, is that the financing of renewable energy in Africa is not a mitigation strategy for current emissions in Africa. It is an example of how Africa’s energy access needs overlap with the developed economies’ mitigation objectives. That’s where there’s an opportunity for more funding, and renewable energy is an incredible resource for us.

What needs to be done to address the gap in understanding between development finance institutions and what’s happening on the ground in many African countries?

I think African countries need to work with the multilateral development banks to structure energy transition pathways that are practical. For example, hybrid energy projects that have a large proportion of renewable energy but also other sources to provide stability and resilience may be needed in the interim. As long as there is enough low-carbon technology in the projects, we can be sure that Africa doesn’t get locked into gray pathways.
We really need to think outside the box, especially for what qualifies as, say, green bonds or climate bonds, as we try to get the global financial community to do more of that type of funding. As African countries diversify out of carbon sectors like fossil fuels, we need to argue for economic diversification to count as “green.” Diversifying an economy away from fossil fuels, even if it is not specifically toward green energy, helps combat climate change.

Interview conducted by Sam Abu, a partner with PwC Nigeria.

How Airbnb Is Helping Disperse Tourism