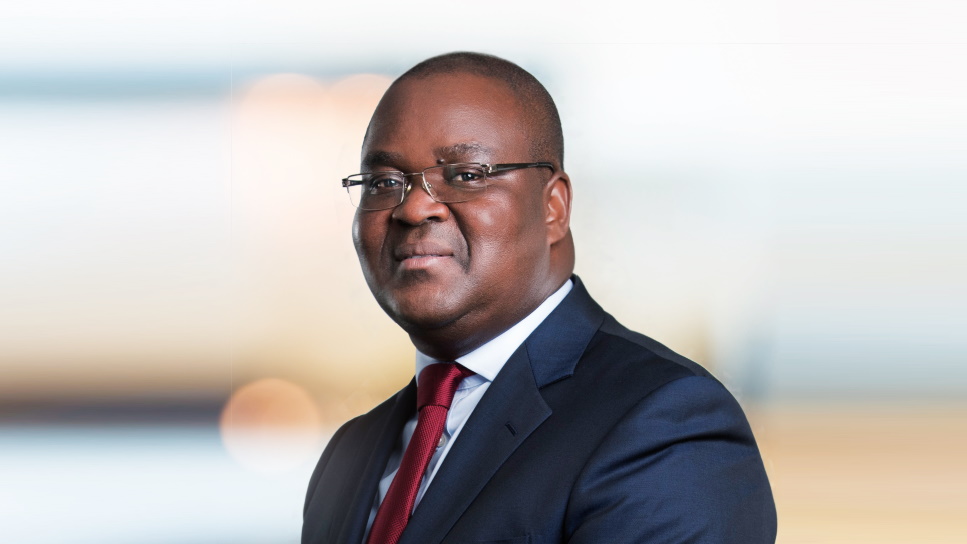 In step with the rest of Africa and most of the emerging markets, West African entrepreneurs are looking for alternatives to traditional sources of finance for their operations. The stock market can be an important part of raising capital. But what is the role of the regional stock market in helping accelerate economic growth?

The Bourse Régionale des Valeurs Mobilières (BRVM) is the regional stock exchange serving members of the West African Monetary Union (WAEMU) – Benin, Burkina Faso, Guinea Bissau, Côte d’Ivoire, Mali, Niger, Senegal and Togo. It is based in Abidjan, Côte d’Ivoire.
African Banker’s Hichem Ben Yaïche spoke to its CEO, Edoh Kossi Amenounve, to find out how it finances the regional economy, how it engages with SMEs, and how it is incorporating new technologies into its work.

In terms of your goals, are you satisfied with the strategy that the BRVM has taken so far? Is it time for a rethink or a change of course?

The implementation strategy has paid off in recent years. As of 2012, the goal was to establish our stock exchange as a force to be reckoned with on a regional, continental and international scale. We then had to make it attractive, so that new businesses would want to be listed. Finally, our strategy aimed to make the BRVM an actor at the forefront of African innovation.

The BRVM joined the prestigious MSCI index in 2016; it has signed partnerships or led actions with several actors in global finance, such as Bloomberg, Nasdaq, Refinitiv (formerly Thomson Reuters), Paris Europlace, the London Stock Exchange, and the Shanghai Stock Exchange. Over the last five years, the BRVM has admitted nine new companies, which is one of the best performances in Africa.

Finally, in 2016 the BRVM became the first Islamic stock exchange in Africa by rating five Islamic bonds issued by three countries (Côte d’Ivoire, Senegal and Togo) for a total value of $1.3bn.

What role does the Stock Exchange play in financing the economy in the region?

The countries of the Monetary Union and the private sector have, respectively, raised €9.29bn and €1.47bn in bonds on the regional financial market, since 1998. These resources make up 10% of the zone’s GDP, and have helped to finance all business sectors, including construction, energy, mass retail, transport, telecommunications and banks.

On the issue of wealth redistribution, by way of example, between 2016 and 2018, the Central Depository/Settlement Bank distributed €695m in interest, and €464m in dividends to its investors. In total, FCFA 759.98bn (€1.16bn) was re-injected into the sub-region’s economy over this period.

The BRVM contributes to financing state and private sector businesses while at the same time helping investors to benefit from the fruits of economic growth through the payment of dividends and interest.

How do SMEs fit into your approach?

As you know, SMEs form 80% of our zone’s economic fabric. The BRVM owes it to them to allow access to market financing, especially long-term resources. To this end, our Stock Exchange opened an SME-dedicated sub-fund on 19 December 2017, called BRVM Small Caps.

This fund will enable SMEs and businesses with high growth potential to open their capital to the public and to raise capital over the long term so that they can finance their development.
To sustain this fund, the BRVM has launched, in partnership with the Casablanca and London stock exchanges, an SME capacity-reinforcement programme called Elite BRVM, which is an offshoot of the Elite programme developed by the London Stock Exchange.

The programme aims to prepare SMEs to access long-term financing on the capital market. In two years, we have managed to recruit 30 SMEs through this programme from nearly all countries in our Union, so that they can benefit from this preparation. We hope to gradually list them on the BRVM over the next few years.

What are you doing to increase the attractiveness of the BRVM?

The BRVM is following its strategic plan – one of which is to promote the market across the region by holding ‘BRVM Days’, which we have been organizing every year in at least three capitals of WAEMU.

These events will give us the opportunity to meet businesses, individual and institutional investors, and most importantly, to foster a stock market culture within the region. The results of these actions are encouraging, as the number of securities accounts that were opened in the books of management and brokerage companies doubled between 2012 and 2018. Over the same period, we registered an average of two public offerings per year.

Our awareness-raising activities with issuers on the subject of financial disclosures have improved the dissemination of financial information. Investors now have access to the available stock market information anywhere and any time, thanks to our new website and our mobile application, etc.

How do you cooperate with other economic players?

In carrying out its activities, the BRVM works in close collaboration with a number of regional and international institutions (banks, insurers, pension funds, sovereign wealth funds, etc.) and public and private sector actors.

For example, to promote entrepreneurship in the Union countries, we support inter-professional associations, Chambers of Commerce and other government agencies in helping their members access the capital market in order to finance their growth. This support takes the form of Memoranda of Understanding. These same agreements are also made with private equity funds in order to encourage their exit on the stock market.