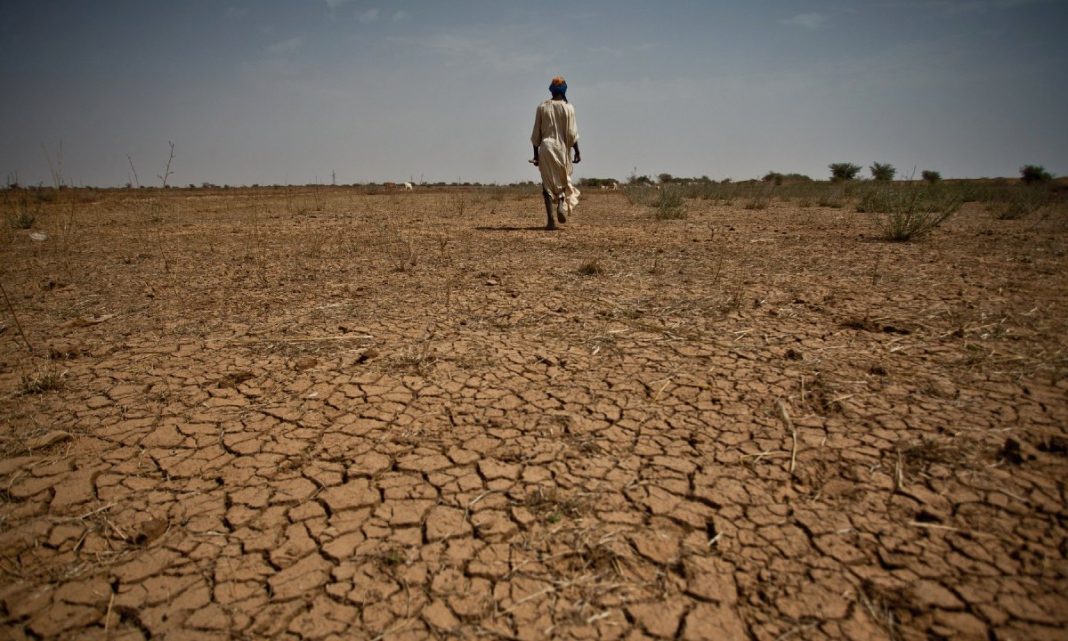 The newly released Country Climate and Development Report (CCDR) for the G5 Sahel region estimates that up to 13.5 million people across the Sahel could fall into poverty due to climate change-related shocks by 2050 if urgent climate adaptation measures are not taken.

The Sahel region is particularly vulnerable to land degradation, experiencing more extreme droughts, floods, and other impacts caused by climate change. Three of the G5 countries – Chad, Niger, and Mali – rank among the top seven most vulnerable countries to climate change, and their ability to adapt is significantly constrained by poverty and fragility.

“Climate change is severely affecting people and undermining hard-won development gains. The analysis shows that it is deepening cycles of poverty, fragility, and vulnerability across the Sahel,” said World Bank Vice President for Western and Central Africa, Ousmane Diagana. “With the population projected to double to 160 million people over the next 20 years, Sahel countries need to accelerate growth and prioritize climate adaptation if they are to realize the demographic dividend and set the region on a sustainable inclusive growth pathway”.

The G5 Sahel countries combined contribute less than 1% of global greenhouse gas emissions, and all five countries have pledged to achieve net-zero emissions by 2050. In addition, Burkina Faso, Chad, Mali, and Niger pledged at COP26 in Glasgow to halt and reverse forest loss and land degradation by 2030. The Nationally Determined Contributions (NDCs) under the Paris Agreement and the additional estimates in the CCDR show that over US$30 billion are needed across the G5 Sahel countries for climate actions. The Report also shows that damages from climate change can be significantly reduced.

“There are significant opportunities for more resilient development in the Sahel,” says Clara de Sousa, World Bank Country Director for Burkina Faso, Chad, Mali, and Niger. “This diagnostic provides a roadmap to help countries scale up reforms and investments to diversify their economies in more resilient and inclusive ways. It provides pathways to re-green these economies by restoring degraded land and boosting economic opportunities for communities through programs such as the Great Green Wall Initiative”.

Across the region, millions of people are at risk of or already experiencing food insecurity as a result of lower-than-expected agricultural production due to climatic shocks, rising insecurity, and elevated food prices. The food security crisis in the Sahel region is expected to further deteriorate in 2022.

Social protection programs and agricultural landscape initiatives to adopt effective resource management practices and increase the use of adaptive technologies could be scaled up to mitigate the impact of the food security crisis and help the agriculture sector become more climate resilient in the medium term. The five countries are developing Adaptive Social Protection systems to provide regular cash transfers and services to the poorest and most vulnerable households, allowing them to cope with, and adapt to future climate-related shocks.

Over the past three years, the World Bank Group has provided a record level of financial resources to the G5 Sahel countries as part of its strategy to address fragility, conflict, and violence, with $8.9 billion from the International Development Association (IDA). However, the climate crisis combined with post-COVID-19 economic recovery needs, growing insecurity and food security crises, as well as the effects of the war in Ukraine on global food, fertilizer, and energy prices, require increased support from the international community.

The World Bank Group’s Country Climate and Development Reports (CCDRs) are new core diagnostic reports that integrate climate change and development considerations. They will help countries prioritize the most impactful actions that can reduce greenhouse gas (GHG) emissions and boost adaptation while delivering on broader development goals. CCDRs build on data and rigorous research and identify main pathways to reduce GHG emissions and climate vulnerabilities, including the costs and challenges as well as benefits and opportunities from doing so. The reports suggest concrete, priority actions support the low-carbon, resilient transition.

As public documents, CCDRs aim to inform governments, citizens, the private sector, and development partners and enable engagements with the development and climate agenda. CCDRs will feed into other core Bank Group diagnostics, country engagements, and operations, and help attract funding and direct financing for high-impact climate action.