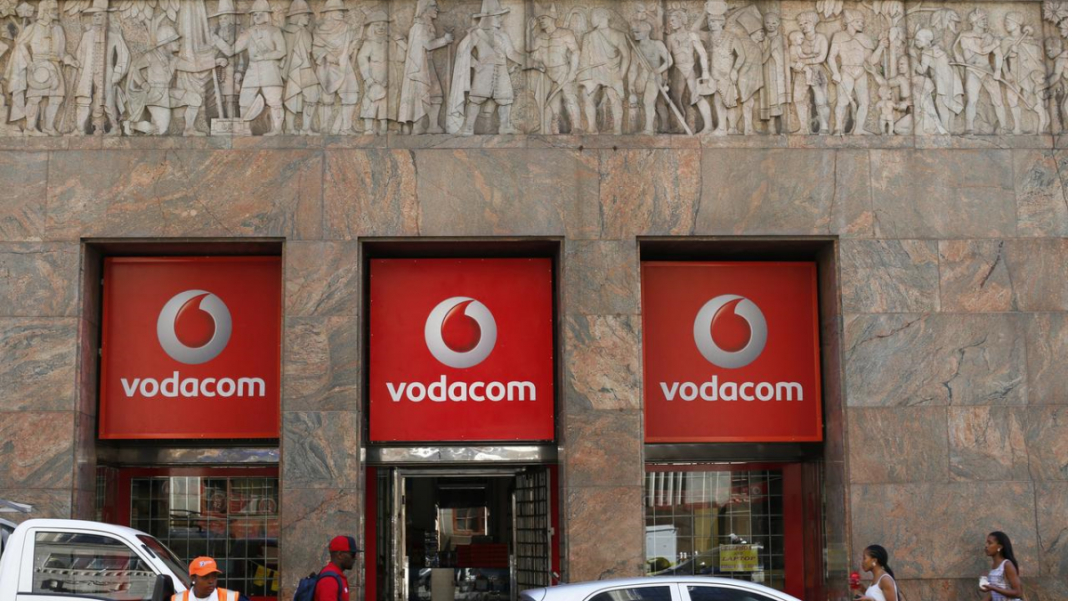 Vodafone has 650 million customers around the world, of which 170 million in Africa, with an additional 39 million mobile financial services customers. These are shared between South Africa, Egypt, Kenya, the DRC, Ghana, Mozambique, Tanzania and Lesotho. African markets deliver in approximately 20% of Vodafone Group’s revenue.

“In the more advanced economies, we are halfway up the curve that transitions from voice to data, so we are trying to add additional services, such as entertainment, content, music,” says Vivek Badrinath, Vodafone’s regional CEO for Africa, Middle East and Asia. “In less advanced economies we grow along two axes, transitioning to more data services, for those with smartphones, andon the other hand mobile payment services, which tends to go with the unbanked countries.”

Vodafone is keen to deepen digitisation, of course for the bottom line, but also as a good in itself. “It is about the ability to communicate, the ability to transfer funds, the ability to access information for farmers, for education, creating a level playing field. Expand mobile broadband penetration in Africa by 10%, [and it is] estimated to yield a 2.5% increase in GDP per capita,” Badrinath tells The Africa Report.

The company works in three of the big five telecoms markets in Africa – but it has yet to establish a foothold in Nigeria or Ethiopia, two of Africa’s most populous markets. A recent wobble from Nigeria’s fourth telecoms operator – now known as 9Mobile after the withdrawal of Etisalat – prompted much speculation on who might pounce.

Badrinath says Vodafone was never interested. “We were not intent on pursuing that, honestly the money at stake is very high, and the complexity […] We are number one in South Africa, number one in Egypt. Getting to a number one place in Nigeria is a very big step to achieve. We didn’t feel that opportunity was necessarily obvious for us to pursue. Not to insult the Nigerian government, but the stakeholder scene in Nigeria is complex, and we might be a bit out of our depth at the moment.”

Ethiopia appears higher on the list. “We have been looking at it, with the Vodafone team, the Safaricom team, and the Vodacom team, and we have a clear interest,” says Badrinath, referring to the interlocking levels of ownership that Vodafone has across Africa. “We feel we can bring a lot, the payment abilities of Safaricom, the very deep ability to roll out networks in Africa that Vodacom has built up overthe years, and Vodafone’s technology and experience in running businesses in the telecoms sector.”

The clear advantage Safaricom has in mobile payments is clear. “If you look at M-Pesa, it’s a journey. You start with peer to peer, and then it moves on to merchant payments, then to small overdraft, then to merchant lending so that they can fund their working capital and you move on up the value chain,” says Badrinath. “We have a good starting position with M-Pesa and we would be remiss not to leverage on it. ”

So is he worried about the arrival of ‘big tech’ into the mobile-money sphere, with WhatsApp, for example, running trials with tens of millions of people in India? Not too much. “India is a different case because the population is much more largely banked. WhatsApp is linked to a bank account in India, which is not the case in many African countries, where there is often less than a 20% banked population.”

That thrust phone companies like Vodafone and its subsidiaries into important but potentially uncomfortable roles, with mobile phone numbers often frontline indicators of identity in Africa. Badrinath is unfazed: “In our sector, we have always been in conversation with government, and our compliance requirements have always been high,” he adds.

He is not a huge fan of Europe’s latest data protection legislation– “accepting cookies on page one is not exactly mankind’s greatest invention” – and argues that internal policies are already defensive enough of African customers’ personal information, while making the right trade-offs to keep costs low.

South African consumers in particular complain about these costs – particularly data, the price of which compares unfavourably to peer countries like Brazil and China. The reason: “We have not had new spectrum in the last 10 years in South Africa. So how do you roll out 4G?”, says Badrinath, who notes the government is finally getting ready to release spectrum, “which will definitely help us bring down the price of data”.

He does not, however, expect 5G to arrive wholesale any time soon. “It is time to reduce 3G and move to 4G in Africa, for the simple reasons of affordability. 4G is much more spectrum efficient than 3G.”

5G equipment, most often made by Chinese telecoms giant Huawei, has sparked concern in Washington and led to fears of a ‘splinternet’ as different parts of the world adopt different technology standards driven by the wider geopolitical schism between the US and China. “[The Kenyan and South African governments] do not wish to exclude Huawei from their customer base and do not believe it to be a risk that they cannot live with.” With Vodafone simplifying its board structure, Badrinath will be moving on from the job in March, to Vodafone’s new infrastructure unit in Europe, with some regret, and not just because of the exhilaration of double-digit growth or fast-paced decision-making. “This kind of role is one where telecoms are doing what they are the best at,” he says, “bringing communications and data to people who often lack access.”