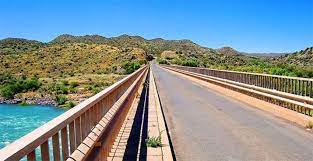 The COVID 19, wars, and climate change require AFRICA to mobilize a whopping US$170 billion annually in long-term financing to improve infrastructure in vital industries, including agriculture.

The African Development Bank is offering cooperating partners two options to close the continent’s current annual US$108 billion infrastructure financing deficit in order to close the gap. Faced with an overarching “debt overhang” buffeting many of the continent’s 54 member states, the former is floating green bonds on security markets.

The AfDB has two immediate options when it comes to addressing Africa’s infrastructure crisis in the midst of the crisis that hangs over the continent with lust to integrate and industrialize and make it competitive in intra and international trade practices: use capital market instruments or bring in donors.

Geopolitical impact and “a debt overhang” have made Africa’s situation worse and prevent it from achieving the much-desired sustainable development in all growth industries, including agriculture and SMEs, among others. As a result, it is necessary to encourage financing options.

AfDB’s country manager for Zambia, Raubil Olaniyi Durowoju, is presiding over the three-day 2022 African Long Term Finance Workshop in Lusaka. He believes the money may be deployed to build “resilient infrastructure” and promote sustainable growth in important sectors in its 37 member states.

In 2019, the Pan African Financial Institution sought to strengthen knowledge generation and dissemination through the creation of a database and scored board to serve as comparative indicators of the level of development for the fund. This was done in collaboration with Germany Cooperation (GIZ) GmbH, Financial Sector Deepening Africa (FSD) Africa, and the Making Finance Work for Africa (MFW4A).

Cote d’Ivoire, Ghana, and Ethiopia have all undergone diagnostic efforts as part of the market data intelligence; however, for a variety of administrative reasons, these efforts have not been continued, despite the AfDB’s continued zeal to continue the research to ascertain the countries’ capabilities.

However, the willingness of Central Banks in all of the member states to help with data collection has raised hope to support AfDB’s efforts to achieve the LTF initiative’s goals and help capture an accurate picture of how to improve data collection on the continent, raising a ray of hope for the achievement of LTF.

Aiming to make the database creation as the LTF “one-stop-shop” as a priority for the achievement of the long-cherished ambition, Mr. Durowoju urges for the unlocking of the potential endowed in 37-member states to access LTF through increased policy reform.

“We at the AfDB hope to strengthen the quality of data that is currently available and to improve data collection on the continent. In the end, we hope to encourage more dialogue between policymakers, governments, and financial stakeholders to create a synergy that will address our financing deficit and support the financial sectors and economies of Africa.”

Denny Kalyalya, the governor of Zambia’s central bank, also expressed the country’s unwavering commitment to completing the data collection requested by the AfDB and stressed the importance of the LTF’s success for Africa’s efforts to raise funds for the development of resilient infrastructure in the face of climate change.

Dr. Kalyalya acknowledges the theme chosen for the three-day conference in Lusaka, which supports a push for the LTF that has received support from the Breton Woods institution—the IMF—to raise staggering amounts of money—US$30–50 billion annually—for climate change adaptation through, among other instruments, the Green Bonds, an alternative to debt accruals as it seeks to invest in infrastructure.

He recognizes the dangers posed by the impacts of climate change, which has encouraged decision-makers to take notice of the destructions and actively combat the repercussions.

The ongoing consequences of the COVID 19 epidemic on the world’s economies serve to further emphasize the absolute necessity of raising LTF.

The recent inflationary pressures and the escalating geopolitical upheaval, which can be seen in the conflict between Russia and Ukraine, have increased economic uncertainty worldwide, effectively reducing fiscal space on the continent.

The Bank of Zambia, which has its headquarters in Lusaka, is aware of the need to collaborate on data gathering and compilation as well as the generation and disbursement of potential funds for the intended uses. However, it regrets the slow pace at which the diagnostic process was carried out—covering only three countries—and hopes the exercise will be revisited and sped up so that Africa can raise LTF.

In a statement that was delivered on his behalf by Ms. Gladys Mposha, the director of bank supervision, he stated, “The Bank of Zambia is glad to take part in the significant project and I can affirm that the BOZ has completed all essential measures to submit the requested data for 2022.”