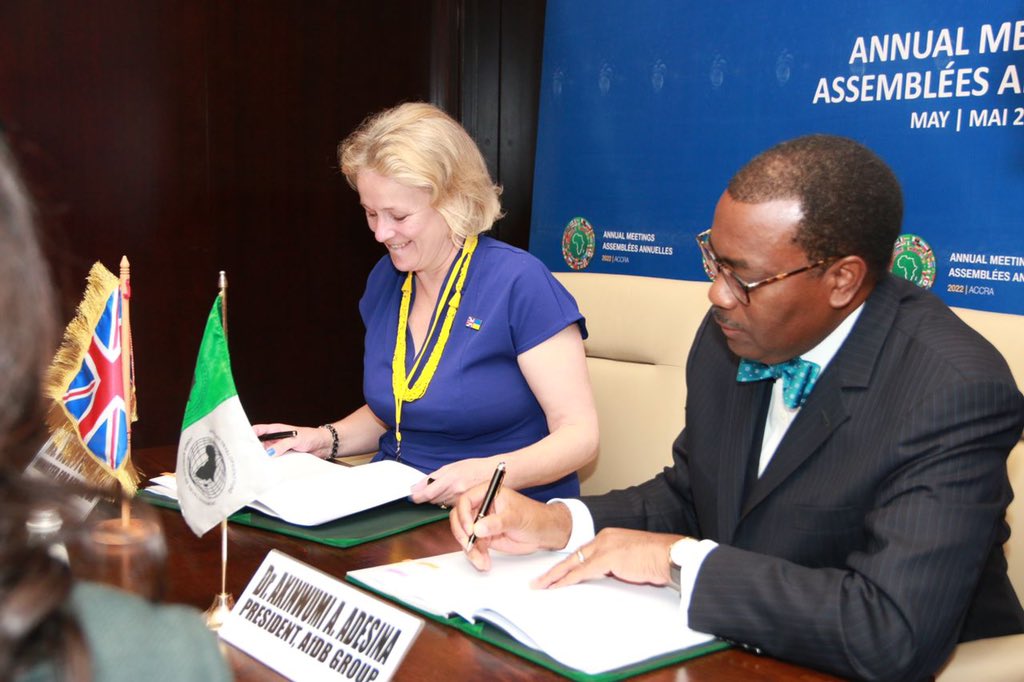 A huge step in the commitments made by the United Kingdom at the end of 2021, during COP26, while the promises of the major powers struggle to materialize.

Vicky Ford, British Minister for Africa, and Akinwumi Adesina, President of the African Development Bank (AfDB), signed the “Room to Run” guarantee agreement in Accra, Ghana, where the AfDB’s annual meetings are taking place. The agreement is expected to allow the AfDB to release up to $2 billion in financing to support climate-related projects in Africa.

This new financial structure is one of the commitments made by British Prime Minister Boris Johnson during COP 26 last November in Glasgow, Scotland.

The guarantee should allow the Bank to raise new funds, half of which would go toward climate adaptation, an area in which the Abidjan-based institution claims to be a world leader (it currently devotes 67 percent of its climate financing to adaptation).

While rich countries’ pledges at previous UN climate conferences have struggled to be met, the UK government’s agreement is a significant step forward. At COP26, the UK government announced a package of aid programs to support and scale-up Africa’s adaptation to climate change, including a five-year program to respond to shocks in the Sahel and the expansion of the African Regional Insurance Scheme to cover $1 billion in drought, flood, and storm risks each year beginning in 2025/2026.

The recent agreement comes after President Adesina’s inaugural address to rich countries “to keep their promises to provide $100 billion in climate finance per year to support developing countries.

“Africa is not receiving enough resources to fight climate change. It receives only 3% of total global climate financing,” the AfDB’s No. 1 said.