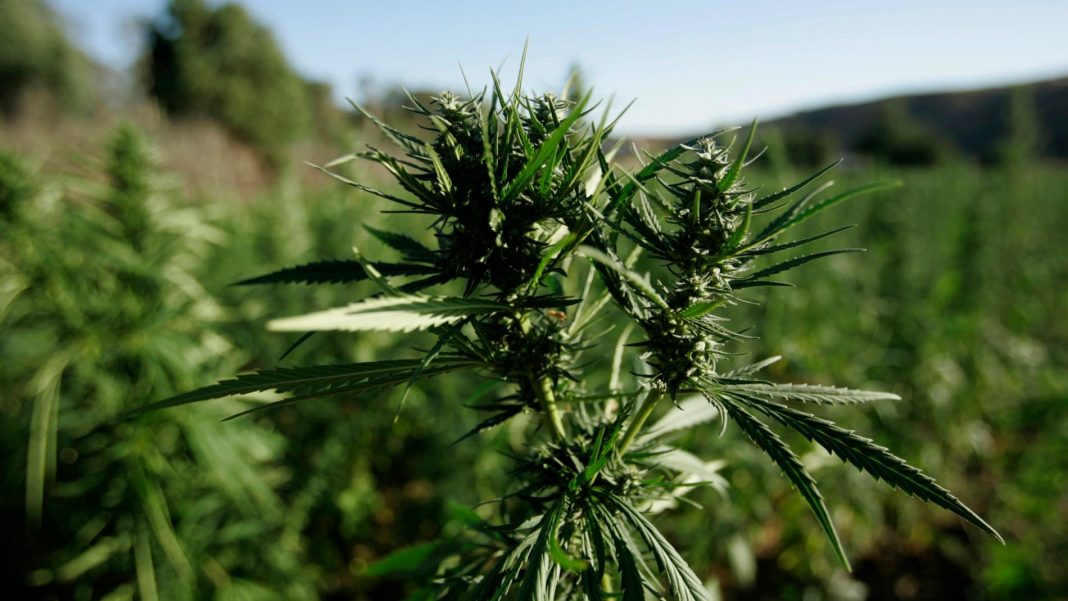 Nir Sosinsky is enthused about the enormous potential in Africa’s cannabis market. In the wake of a booming global demand for medical cannabis, a number of countries in the region are rethinking their stance on cultivation policies. In 2017, Lesotho became the first African country to grant a licence for medical marijuana, attracting multimillion-dollar investments. For medicinal and industrial purposes, six African states have since legitimized cannabis farming estimated to procure a market value of USD 52.35 billion while thriving at a CAGR of 15.4% by 2025.

In January 2020, Uganda’s health minister, Dr. Jane Ruth Aceng pushed forward, to the cabinet, a set of new guidelines and a “confidential list of more than 100 companies-foreign and local –all applying for medical marijuana licenses. Following a logical sequence, the government instituted a committee chaired by the country’s Internal Affairs minister, Gen Jeje Odongo, to screen the applicants with a view to kicking out “speculators” and recommending “serious companies and individuals” for medical marijuana licenses.

A month later in February, the arrangement took a hazy dimension. Media reports had it that the cabinet could not reach an agreement on the proposed regulations due to the surging Covid-19 pandemic. Prior to the proposed regulations, there had been subtle cannabis cultivation across Uganda for the treatment of severe medical conditions such as cancer, Parkinson’s disease, Alzheimer’s disease, arthritis, and other neurological conditions.

In a statement, Together Pharma said it is “working to promote the export of cannabis inflorescence from Uganda to Europe and other African countries”. The permit from Uganda’s National Drug Authority covers medical cannabis export to Germany, Malta, and Israel.

In April 2018, the first shipment of medical-grade cannabis inflorescence was made from Together’s facility in Uganda to Israel “in accordance with regulatory approvals and certifications for import”. Upon reaching the destination, the cannabis is processed in a GMP-standard factory and distributed through pharmacies to patients in Israel. “Our goal is first and foremost to bring these inflorescences into Israel so that combined with the cannabis we are growing in Ashkelon, we can provide products on a large scale for the benefit of the local patients,” says Nir Sosinsky, founding partner, and managing director at Together.

Even as the company serves the Israeli market , Sosinsky sees potential in Africa and further afield. “We intend to also start providing medical cannabis products to the rapidly growing European market, after complying to the stringent European standard. We already have signed contracts with Brazil , Germany and Australia,” he explains.

Uganda’s view of marijuana as a source of earnings rather than petty crime marks a shift in a continent where cannabis is widely used and regularly exported across borders: “It is a controversial crop, Benjamin Cadet, a director of Industrial Globus tells African Business: “We have two camps: the science-driven camp and the morality-driven politicians who thought maybe we were going to pollute morals.” It’s unclear how many companies and individuals could benefit from the business of cannabis grow but analysts think that Uganda’s approach should become a model for the rest of the continent to tap into the lucrative global marijuana industry.

Isreal’s export restrictions necessitated Together’s foray into Uganda. A base outside Isreal enables its exports to the rest of the world. The Israeli company was recently granted a license to build a cannabis grow in Portugal. The joint venture cannabis farm sits on a 7.5-acre farm at the foot of the Rwenzori mountains.

In maintaining a consistent strategy of pursuing a top position in the medical cannabis markets, Together’s two medical cannabis greenhouses ( Isreal and Uganda) produces roughly 30 tons annually. The company ‘s on-going factory site spans across 750 square meters with a production capacity of about 50 tons of medical cannabis inflorescences annually. Also in the works is the setting up one of the “world’s most advanced agricultural cultivation systems,”. This is being built to ” control and supervision of cannabis plants using modern technologies, developing them into quality plants suitable for supervised medical use”.

In the greenhouses, the plants are watered with hi-tech irrigation systems and labeled with barcodes, with strict procedures designed to comply with World Health Organisation standards for Good Agricultural and Collection Practices. Hochberg, who manages the facility tells African Business that “Everything is computerized and controlled. It’s a combination between pharmaceuticals and agriculture.” After harvesting, the buds are dried, checked and cleaned before being packaged for export.

In spite of the strict measures required to enter the industry, International firms like Together Pharma have the financial muscle and competence to overcome those restraints. Inside sources disclose that about $360m have been invested. The global market for cannabis is still emerging, and rather unpredictable.

In consideration of his able advocacy for medical cannabis, Together’s chairman, Yohanan Danino who was previously the chief of Israeli Police, wants those in the business of medical cannabis “to do everything to bring patients around the world this medicine. It helps people change their lives,” he says while expressing optimism that demand for cannabis will grow as more governments loosen regulations. “The market is going to be so big. The biggest question is how long it’s going to take.”