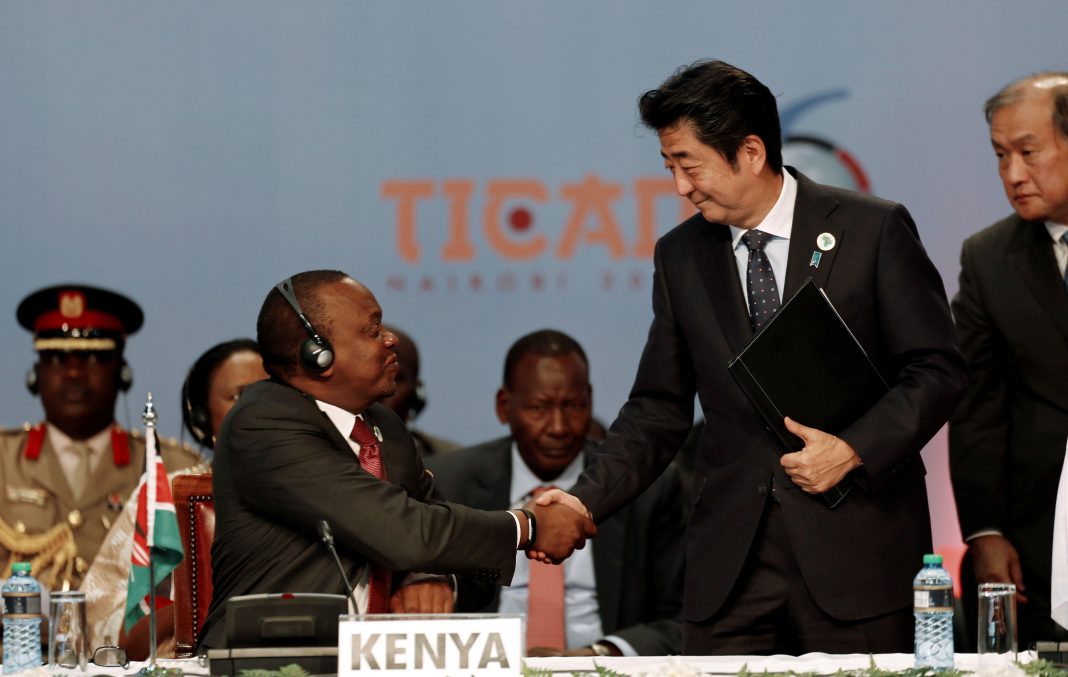 Japanese Prime Minister Fumio Kishida on Saturday pledged $30 billion over the next three years for African development, with a focus on investing in human capital and fostering quality growth in a continent where China and Russia are exerting their influence.

In his online speech to the latest round of international conference on African development known as TICAD in Tunisia, Kishida stressed that Japan will grow together with Africa, differentiating its approach from that of China, which critics say has been burdening poor nations with huge debts related to infrastructure projects.

Specifically, Japan will extend loans worth around $5 billion in coordination with the African Development Bank to promote sustainable African development by restoring fiscal health, the prime minister said, as the two-day conference got underway in the Tunisian capital.

“Japan will promote its initiatives with approaches quintessentially Japanese, focusing on people,” he said, adding that he wants to help realize a “resilient Africa that Africa itself aims to achieve.”

The gathering, the eighth of its kind attended by Japanese and African leaders, will cover a range of pressing issues confronting the continent, often called the last frontier for growth.

The agenda items include how to cope with the unfolding food crisis worsened by disrupted grain shipments and soaring food prices following Russia’s invasion of Ukraine, energy security and improving health care services as the COVID-19 pandemic continues.

Kishida said the rules-based, free and open international order should be maintained for global peace and prosperity, as he aims to deepen cooperation between Japan and Africa.

Japan has been aligned with other Group of Seven economies in slapping a raft of sanctions against Russia, but the continent has been divided over Russia’s war on Ukraine, with some nations taking a neutral stance and opposed to punishing Moscow.

Russia, for its part, has been also courting African nations and has blamed the Western sanctions for the worsening food crisis.

To support Africa, Japan will invest around $4 billion in achieving green growth through decarbonization and help Africa boost food production capacity and train people in agriculture as part of efforts to address the food crisis exacerbated by the war in Ukraine, Kishida said.

As the COVID-19 pandemic has highlighted the need for better preparedness, the prime minister also said Japan will step up efforts for Africa to fight infectious diseases such as AIDS, malaria and tuberculosis and to bolster healthcare systems.

Japan has shifted the focus of its engagement with Africa over the years, from giving aid to increasing investment with the participation of the private sector, as the continent is seen as having growth potential with its increasing population.

Kishida used his speech to underscore the importance of investing in people, a key part of his push to create a new form of capitalism. The premier reiterated that growth and wealth distribution should come hand in hand.

Over the next three years, Japan will nurture the talents in Africa of 300,000 people in such fields as agriculture, health care, education and justice.

Kishida expressed his willingness to strengthen cooperation with African nations in reforming the U.N. Security Council, which is increasingly seen as dysfunctional following its permanent member Russia’s aggression, and in realizing a “free and open” Indo-Pacific.

“Russia’s aggression against Ukraine shakes the very foundations of the international order.” If we give up the rules-based international order and allow changes to the status quo by force, the effects will also spread to Africa and the world,” the prime minister said.

“We should not backtrack from the forward-looking steps that the international community has taken thus far.”

Kishida had planned to visit Tunisia for the latest round of talks that have been led by Japan since their inception in 1993 but gave up on the idea after he tested positive for the novel coronavirus. Foreign Minister Yoshimasa Hayashi is attending the conference in person.

The Japanese and African leaders are expected to release an outcome document to wrap up two days of talks on Sunday.

The previous round of TICAD, or the Tokyo International Conference on African Development, was held in Yokohama, near Tokyo.