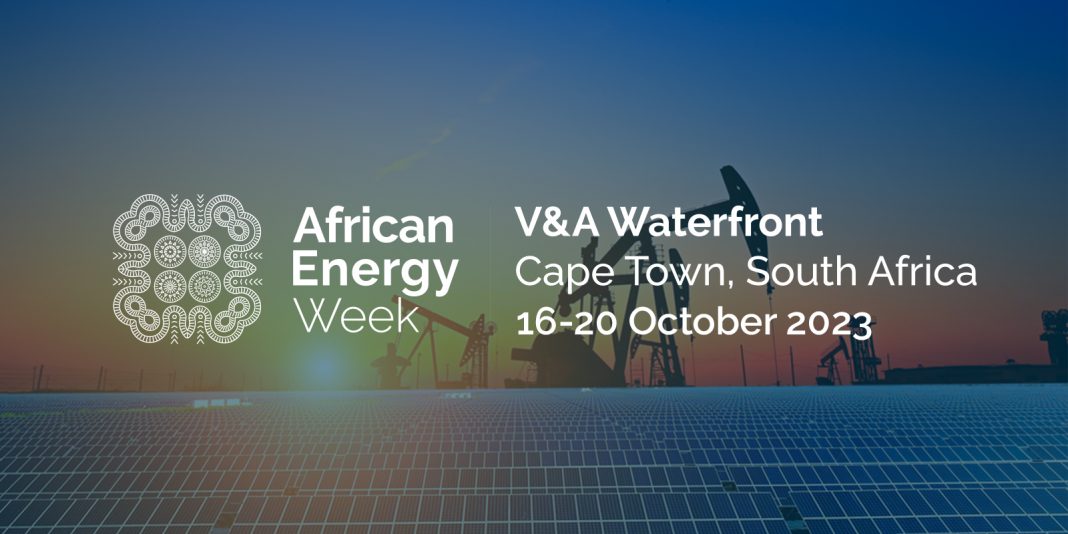 While the organizers of African Energy Week (AEW) have made ongoing efforts to engage with Africa Oil Week (AOW), these efforts have been futile, with AOW expressing complete disinterest in collaborating on a single, pan-African event. As a result, the talks with AOW are officially over, and AEW will continue to pursue its commitment to alleviate energy poverty, improve Africa-directed investment, and develop the entire African energy sector and value chain in pursuit of industrialization and socioeconomic growth.

“Am neither a Putz nor a Schmock. We listened to the industry on the need to work together. We have reached out time and time again to AOW in the hopes of collaborating, and yet they refuse to work with us. Sad. They are still bitter that we called them out for abandoning Africa to go to Dubai in 2021 as well as for putting Ministers and officials on their agenda that do not show up and misleading people. They are not even happy that we are participating in a discourse about Africa’s energy future. Let me be clear: Africans deserve every right to have a seat at the table and we should not apologize for demanding it,” states NJ Ayuk, Executive Chairman of the AEC.

“We are not interested in rivalry and polarization but are committed towards supporting our energy sector and making energy poverty history by 2030. This is our goal, and it should be the goal of AOW. So now, AEW will press on with its agenda with the 2023 edition promising to be even bigger, bolder, and better than the editions that preceded it. You just watch what will happen in 2023. We will outwork them, and we will compete to promote every African country and we will support our energy sector like never before,” concluded Ayuk.

AEW has emerged as the biggest gathering for African policymakers and governments, public sector companies and regulators, regional and international players as well as private sector executives and investors to discuss the state of play of Africa’s energy future. AEW 2022 featured African presidents to the likes of H.E. Yoweri Museveni, President of Uganda and H.E. Filipe Nyusi, President of Mozambique, as well as ministers from South Africa, South Sudan, Equatorial Guinea, Senegal, Mozambique, Congo-Brazzaville, Ghana, Niger and many more, alongside delegations from OPEC, the U.S, the European Commission, Russia and Saudi Arabia. This year 26 delegations were present; 47 ministries, 4,200 attendees – of which 81% were from outside of South Africa and 19% in-country – 44 sponsors; 20 partners; and 17 exhibitors.

Building on the 2022 edition’s success, AEW 2023 plans to increase these figures two-fold, diversifying conference topics, hosting a multitude of country delegations and private sector executives, while offering new and improved networking forums that promise new opportunities for partnerships and collaborations. Making energy poverty history by 2030 will require significant levels of investment, and as such, AEW 2023 will focus on deal signing, connecting investors with African opportunities while making a strong case for African-driven financial agreements.

In the 2022-2023 context, African and global energy demand continues to soar, prices remain unstable, while supply ever-volatile, emphasizing the need and role of African producing countries to ramp up exploration, bring new supplies on the market while enhancing infrastructure and distribution networks both intra- and inter-continentally. The year 2022 has made clear the role African hydrocarbon resources will play in the world’s future energy mix, and while global pressures continue to mount with regards to the energy transition and the abandonment of fossil fuels, Africa’s oil and gas remains key for driving economic growth and prosperity.

As such, AEW 2023 will feature strong discussions on the need for an integrated energy mix in Africa, one that incorporates oil, gas, coal and renewables energies. As an event, AEW welcomes the role renewables play in Africa, but also recognizes that the intermittent nature of these resources will essentially restrict any meaningful efforts of making energy poverty history by 2030. In this scenario, the utilization of a mixed resource pool will ensure the adequate resources are available for the continent to industrialize and grow.

In 2023, AEW will push forward with driving new investment in African energy; making a case for financing our own future; enhancing local content and the participation of women in energy; while driving a just and inclusive energy transition on the back of every resource available on the continent. AEW 2023 will push for an energy mix, the utilization of oil, gas and coal to solve our ongoing energy crisis.

The 2023 edition of Africa’s premier event for the oil and gas industry, AEW, will take place from October 16-20 in Cape Town under the same mandate of making energy poverty history by 2030. Since the event’s inauguration in 2021, organizers have been committed to providing an Africa-based platform where discussions on Africa’s energy future can be held and driven by African stakeholders. In 2023, this agenda will continue, with the event now representing the biggest of its kind to ever take place on the African continent.