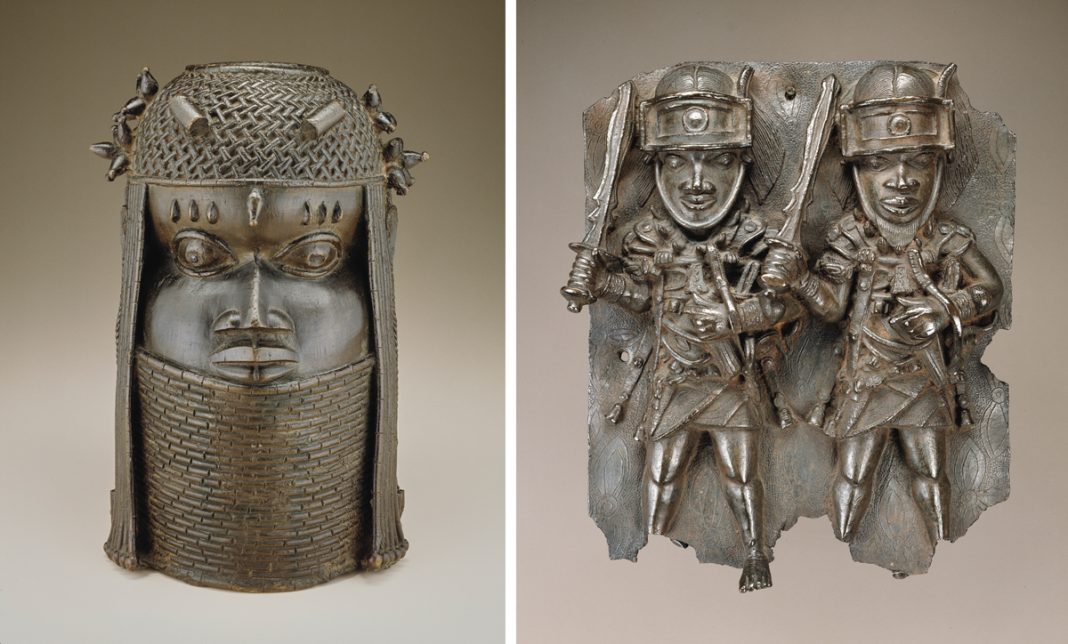 The Smithsonian Institution’sNational Museum of African Artin Washington, D.C., said it has removedBenin Bronzesin its collection from view and plans to begin the process to repatriate them.

In total, the museum holds 42 objects from the Kingdom of Benin, in what is now Nigeria. The museum is currently conducting research into the provenance of its Benin Bronzes but confirmed that 16 of them were found to have been looted as part of a 1897 raid by British troops.

Several of the objects entered the Smithsonian’s collection in the late 1960s and ’70s as gifts from Joseph H. Hirshhorn, whose donation also established the Hirshhorn Museum and Sculpture Garden. An additional 23 objects, the museum said, have “unclear provenance,” and research is still ongoing. The museum had 21 Benin Bronzes on view earlier this year, according to a report in the Art Newspaper.

Around the world, the Benin Bronzes have recently been the subject of several instances of repatriation. The Metropolitan Museum of Art in New York recently sent back three objects to Nigeria, while the UCLA’s Fowler Museum has said it was also in talks to repatriate its Benin Bronzes. Last month, Germany signed an agreement with Nigeria that formalizes a commitment to repatriate some 1,100 Benin Bronzes after, in March, Berlin’s new Humboldt Forum announced that it would not display the Benin Bronzes it owns. Institutions in the United Kingdom have also committed to returning Benin Bronzes.

The National Museum of African Art has not received any formal requests from Nigeria or the Kingdom of Benin to repatriate any of its holdings. Christine Kreamer, the museum’s deputy director, said representatives from the Kingdom of Benin have previously visited the museum and are aware that it owns Benin Bronzes. The museum also said it plans to participate in the Digital Benin project, which is based in Hamburg, by providing information on its holdings that will be easily accessible online.

In a statement sent to ARTnews, the National Museum of African Art said it “is committed to repatriation. However, we are at the beginning of a process. To deaccession or remove an artifact from a Smithsonian collection, we first thoroughly research the history or provenance of the object; have the works appraised by outside experts to determine their value; discuss the return of objects with the organization involved, in this case, the Kingdom of Benin.

These Benin Bronzes are high-value objects and deaccessioning them will require approval from the Smithsonian Secretary and the Smithsonian’s board of regents.  When the process is complete, the Smithsonian will consider returning artifacts to their original home if requested.”

“We cannot build for the future without making our best effort at healing the wounds of the past,” Ngaire Blankenberg, the museum’s director, told theArt Newspaper.