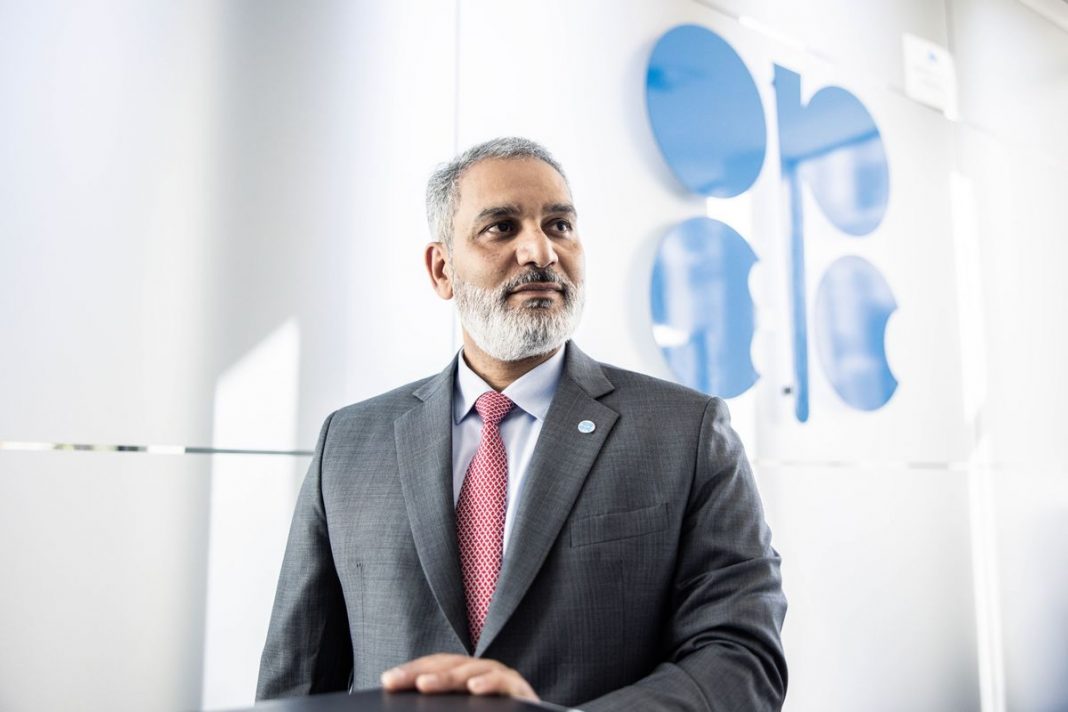 H.E. Haitham Al Ghais, Secretary General of the Organization of Petroleum Exporting Countries (OPEC), will deliver the opening keynote address at the second edition of African Energy Week (AEW), which will take place in Cape Town from October 18–21, 2022. Following his address, H.E. Al Ghais will lead an OPEC-Africa Dialogue Session with both African OPEC and non-OPEC member countries in pursuit of a unified narrative regarding Africa’s oil and gas resources.

New discoveries have been made, large-scale project developments have begun, and the global supply-demand curves have had an immediate effect on barrel prices, making 2022 a dynamic year for Africa’s oil and gas sector. African and global oil and gas markets remain shaped by financing difficulties, price volatility, and a lack of exploration, even as the continent strives for an accelerated recovery on the back of oil and gas growth in the wake of COVID-19. Africa’s quest to end energy poverty necessitates a stable market, especially as players in the energy sector work to exploit the continent’s 125+ billion barrels of oil and 600 trillion cubic feet of gas.

The newly-appointed OPEC Secretary-General is, therefore, ideally positioned to spearhead discussions about market stability, with the end goal of guaranteeing an effective, economical, and consistent flow of petroleum to consumers, as well as a reliable income for producers. H.E. Al Ghais is a well-known OPEC figure and an industry expert thanks to his 30 years of experience in the global oil and gas industry. H.E. Al Ghais has been a member of the Kuwaiti delegation to OPEC meetings and the Declaration of Cooperation between OPEC and non-OPEC oil-producing countries, as well as an advisor to six different Kuwaiti oil ministers before becoming the organization’s secretary general.

In this context, H.E. Al Ghais brings a wealth of knowledge and is prepared to use his diplomatic experience to drive discussions on Africa’s oil and gas future. When more than 600 million Africans still lack access to electricity and more than 900 million lack access to clean cooking solutions, stabilizing energy markets, reducing energy poverty, and driving sustainable socioeconomic growth all hinge on the rapid development of the continent’s oil and gas resources. H.E. Al Ghais, who will be a featured speaker at AEW 2022, will set the tone for this narrative by discussing strategies for stabilizing the market and promoting cooperation between OPEC and non-OPEC oil producers.

“We are proud to announce that H.E. Al Ghais, OPEC’s recently inaugurated Secretary General, will be coming to AEW 2022 and participating as a keynote speaker. Representing an industry leader and veteran, H.E. Al Ghais will be instrumental in any and all discussions on oil and market stability. With a range of stakeholders spanning the entire continent and the energy value chain all coming to Cape Town to engage in four days of discussion and deal-signing, having H.E. Al Ghais lead dialogue speaks to the caliber of the event as the premier forum to discuss Africa’s energy future,” states NJ Ayuk, Executive Chairman of the AEC.