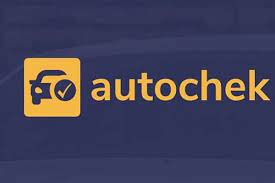 Autochek, the Nigerian automotive startup which recently expanded to Kenya has secured $13.1mn in seed funding.

Autochek says it will use the new funding to bolster its core auto loan processing platform and deepen its footprint in West Africa, starting with its recent entry into Cote d’Ivoire. Additionally, the company is rapidly expanding its footprint across East Africa, following its recent acquisition of Cheki Kenya and Cheki Uganda, East Africa’s leading online auto marketplace. As part of the investment by Mobility54, Autochek will be leveraging Toyota Tsusho’s vast retail network across 46 African countries to further deepen its expansion.

Powered by its residual value algorithm, Autochek has built in-house digital solutions such as Collateral Management, Dealer Management Systems, and a proprietary CRM system for managing stakeholder operations within the ecosystem such as vehicle financing, inspection, valuation, and inventory management. Since its pre-seed raise in November 2020, the platform has achieved rapid traction across its business, most notably in the area of auto-financing where the number of processed loan applications rose from just 10 in November to over 46,000 to date.

Autochek has now partnered with 70 banks across the continent including leading regional players such as Access Bank, Ecobank, UBA, Bank of Africa, and NCBA Bank. The startup has also achieved several key milestones since the start of the year including over 1000 dealers on the Autochek network actively using the loan processing solution, and over 15,000 certified and financeable vehicles on the Autochek marketplace across its markets. Over the course of the year, Autochek also launched its truck financing platform and more recently financing of brand new vehicles.

“At Autochek, our driving force is to increase financing penetration on the continent; we have been amazed by the market adoption rate and the support from our banking partners in the countries we operate in. We stepped into this space knowing we were tackling one of the most significant challenges for Africa’s automotive sector – the lack of a simplified, digital-first financing process. By combining our expertise and networks, we have been able to make an impact in the automotive sector. ” Etop Ikpe, Founder and CEO of Autochek, said.

“We are extremely delighted with the progress we’ve made in a short amount of time. With this funding and the support of our strategic investors, the entire team at Autochek are dedicated to delivering exceptional service for customers and partners, as well as deploying our technology across Africa,” he added.

Despite being a $45bn industry, Africa’s used car market only has a 5% financing penetration rate, marking a major contrast to the rates of 98% and 99% in Europe and the USA respectively. Due to a lack of transparency from the automotive sector, there is no way for lenders to understand the present and residual value of vehicles, creating a significant reluctance to issue loans.

However, with Autochek’s established links with car dealerships and 150-point inspection and valuation reports, the company can access vital information on the quality and condition of a range of vehicles, providing lenders with the much-needed trust and transparency to make informed decisions.

Based on its algorithms, Autochek is also able to develop a credit profile on behalf of customers and effectively reduce a loan application process from 40-45 days to 48 hours.