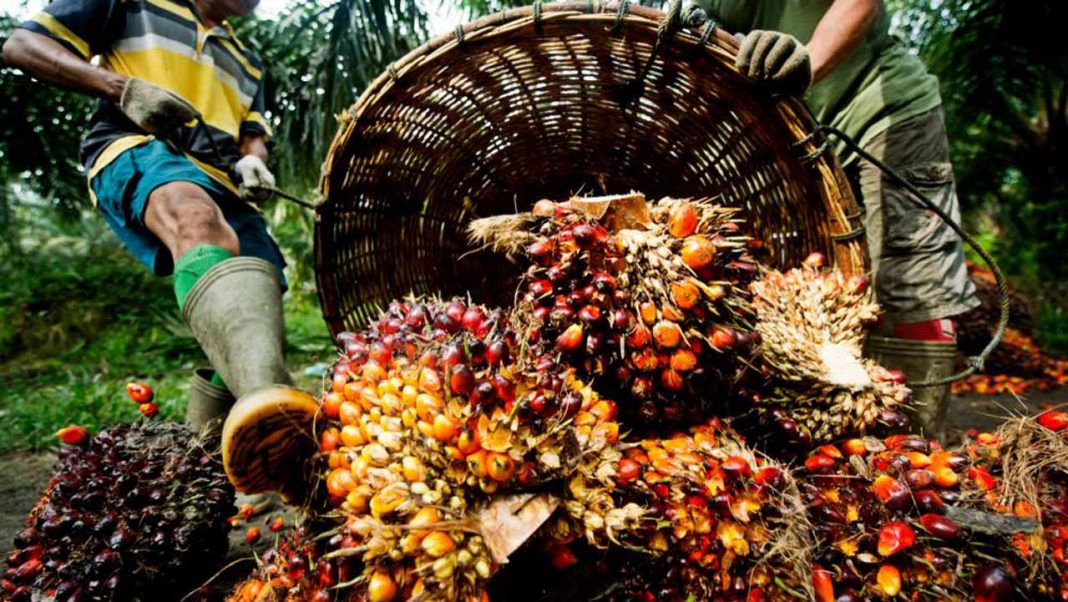 Standing beside the piles of dark red palm fruits ready for crushing for their essence, Nigerian farmer Micah Ojo hopes to cash in on the government’s drive to revive the country’s once-thriving palm oil business.

His farm is one of the small plantations scattered across southern Nigeria where the government is investing heavily in the industry as part of its drive to diversify away from petroleum and help create jobs.

Once a major producer, Nigeria now imports from Indonesia and Malaysia, further straining foreign exchange reserves already battered by a fall in global crude oil prices and the pandemic.

But the story appears to be changing as Nigeria’s government, through the central bank (CBN), is pumping billions of naira in loans to assist farmers and investors in the industry.

Several states, including southern Edo and Akwa Ibom, where roads are lined by hectares of dark green palm trees and moribund factories, are injecting new life into the sector.

“We need assistance. The business is capital-intensive,” Ojo said at his farm in Edo. “We need government to come to our aid to assist us.”

Across the globe, the palm oil industry has faced heavy criticism for deforestation, loss of community land and claims of worker abuses on Southeast Asian plantations.

But the oil, which is used in cooking, foods and cosmetics products, is a major industry in Indonesia and Malaysia, and Africa has also seen growth in recent years.

With an agriculture credit scheme and other programmes, Nigeria is supporting operators to buy quality and up-to-date seedlings and set up new plantations and mills.

At Okomu Oil Palm Company in Edo state, there are three palm and rubber plantations sitting on over 33,000 hectares of land, partly funded by a 14-billion-naira ($34-million) loan.

“It has assisted us greatly to expand our footprints in the sector,” said managing director Graham Hefer, a South African executive who has run the company since 2007.

But as with other industries, logistical and infrastructure problems in Africa’s most populous nation are hindering growth which would allow the industry’s output to meet local demand.

“The level-playing-field, which people talk about, is not level in Nigeria,” Hefer said, pointing to problems such as a lack of roads, electricity, multiple taxation and congestion at ports.

“We are seriously lobbying government to look into these concerns.”

Nigeria, the world fifth largest palm oil producer, consumes around two million tonnes of palm oil per year, half of which is imported, with local output at 800,000 to one million tonnes.

One mill is in operation, while the second is due for commissioning this month and the third expected to come on stream next year.

In neighbouring Akwa Ibom State, local authorities said they are using a CBN loan to revamp more than 3,000 hectares of oil palm plantation abandoned over 30 years ago.

But unlike Okomu and other big players, small farmers say they struggle to get financial help, as they are mostly left outside of the central bank loan schemes and are unable to tap other funds.

Ojo, the local farmer, told AFP lack of investment was hurting his business, which is just a few kilometres from the sprawling Okomu plant.

After starting with only five workers, he now has 30 employees, but needs investment to expand on his 150 hectares of farmland.

He said CBN loan money “does not get to local farmers”, adding that “we only hear it in the news”.

The Plantation Owners Forum of Nigeria, an industry lobbying group, has appealed to government and lenders to assist smaller operators with concessionary loans.

To develop one hectare of oil palm requires $4,000 to $5,000 and the gestation period is a minimum of three years, according to the association.

“Banks willing to lend are only ready to do so to very large established institutions with already strong revenue streams,” one forum representative said.

“These companies are, for the most part, multinationals. The small growers that the fund is meant to target hardly have access.”

“Given the right incentives, our local farmers will perform,” said Sola Oni, an analyst with Sofunix Investment. “Government should create the right environment for them to thrive.”