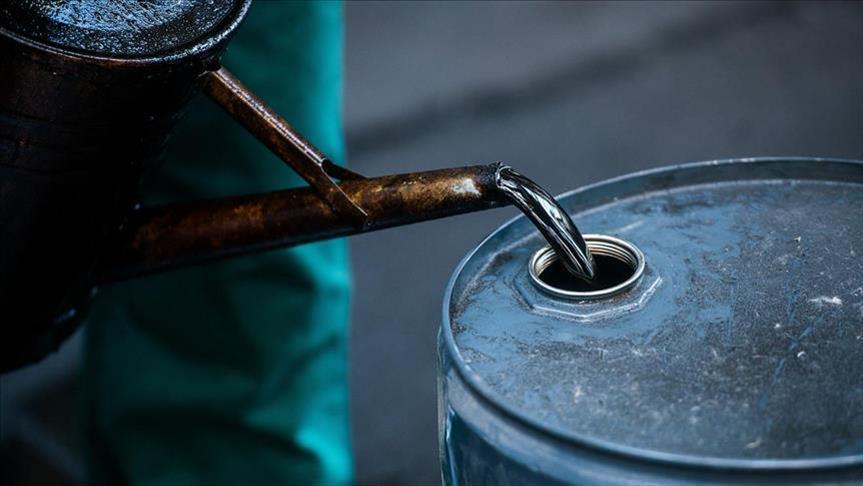 When it comes to hydrocarbon exploration and production, Nigeria is one of Africa’s heavyweights. The country has managed to establish itself as both an attractive upstream market and a competitive producer, with over 36 billion barrels of oil (bbl) and 200 trillion cubic feet of natural gas.

This assertion was made in The African Energy Chamber Q1 2022 outlook, The State of African Energy, where it noted that Nigeria will maintain its position as one of Africa’s leading crude oil producers and one of the continent’s top three gas suppliers between 2022 and 2025, allowing the west African country to leverage its energy resources for economic growth while meeting global energy demand.

According to the outlook, Nigeria is expected to produce 1.46 million barrels per day (bpd) of crude oil this year, out of a total of 6.35 million bpd for Africa as a whole, cementing the country’s role as a continental energy hub as production in the West African state peaks in 2023.

Production declines in mature oilfields, combined with Nigeria’s reliance on offshore basins (approximately 65 percent of Nigeria’s crude oil is currently sourced from offshore projects), has highlighted the need for Nigeria to increase oil exploration and production to ensure a secure supply as legacy projects fade away, reducing the country’s production capacity starting in 2023.

Just over a quarter of Nigeria’s 36 billion barrels of oil reserves are currently produced from deepwater projects, highlighting a huge opportunity for the country to expand partnerships and investment in order to ramp up production and expand its role in the continental and global energy landscape.

“The recent $1.2 billion deal between Nigeria’s Seplat Energy and American energy firm ExxonMobil, in which the multinational will continue with its deep-water projects whilst handing over onshore projects, is an indication of the huge potential the country’s offshore projects have in the near future in addressing energy needs as energy consumption increases. By increasing focus on these projects, accelerating exploration and production in key basins, Nigeria has the ability to unleash its full energy potential,” stated NJ Ayuk, Executive Chairman of the AEC.

In order to consolidate its position as a global producer, the Nigerian government needs to fast-forward the approval process for deep-water projects and put in place policies that reduce taxes for operators, the majority of which are international majors that have partnered with national oil companies, to ensure more projects come online through 2025 for a continued stable supply of crude oil.

More investments are also required within the country’s downstream sector with inadequate infrastructure slowing down oil production and increasing Nigeria’s reliance on fuel imports. Nigeria imports up to 1.25 million metric tons per month of gasoline due to inadequate domestic refining capacity.

Accordingly, the $12 billion Dangote refinery project in Lagos, slated to kickstart operations during Q4 of 2022 with a processing capacity of 540,000 barrels per day and partly owned by state-company the Nigerian National Petroleum Corporation, is an example of the willingness of Nigeria to set itself as an oil heavyweight while expanding its oil and gas capabilities to meet domestic, regional and global energy needs.

Meanwhile, on the gas front, the AEC outlook shows that Nigeria has also retained its spot amongst Africa’s main gas producers in 2022. An annual production capacity of 1,450 billion cubic feet is expected as the country recovers from 2020 low production levels. Existing gas-producing fields, as well as those currently under development, are expected to sustain the country’s gas production through to 2025.

Despite factors such as vandalism of infrastructure which are restraining optimal gas and oil exportation, as well as the high costs and emission rates associated with deep-water projects driving majors to diversify their portfolios, greenfield investments in Nigeria and its African counterparts will increase capital expenditure across the continent to $30 billion in 2022, providing an opportunity for new projects to come online and for leading hydrocarbon producers such as Nigeria to modernize and build new infrastructure as well as expand exploration and production.

Nigeria is positioned to lead African investment with proven oil and gas reserves as well as a reformed regulatory landscape making the sector increasingly attractive for foreign capital. The implementation of the Petroleum Industry Bill (PIB) in 2021 by the Nigerian government, for example, provides regulatory clarity on royalties and other issues that have previously made it difficult for oil and gas E&P companies and downstream market players to expand investments within the country’s market. Now, with the implementation of the PIB, Nigeria is better positioned, now more than ever, to attract investments and accelerate development in 2022 and beyond.

The AEC’s annual conference, African Energy Week (AEW), taking place from October 18-21, 2022, in Cape Town, will not only highlight post-PIB opportunities in Nigeria but will make a strong case for the role the country plays in both the African and global energy landscape. Through a range of investor-specific forums, market-driven panel discussions, and ministerial summits, AEW 2022 will discuss exploration, production, and regulation, with dialogue centered around how Africa’s oil and gas sector can make energy poverty history by 2030.