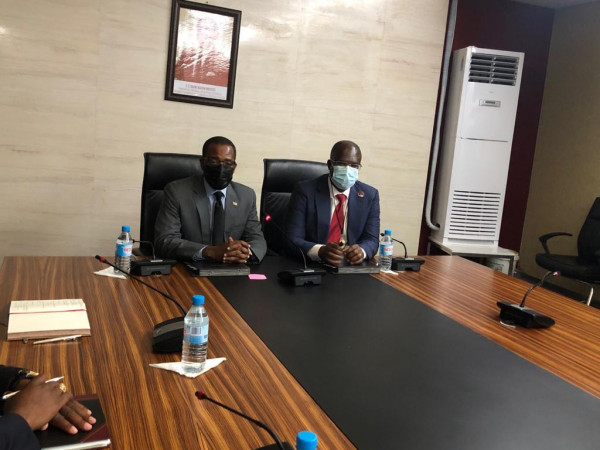 Nigeria and Equatorial Guinea has announced the signing of a memorandum of understanding (MoU) which will consolidate new opportunities for the hydrocarbons sector for both countries. The deal was struck during a meeting between delegations of Nigeria’s Ministry of Petroleum Resources and Ministry of Mines and Hydrocarbons of Equatorial Guinea. H.E. Timipre Sylva, Minister of Petroleum Resources represented Nigeria at signing ceremony. H.E. Gabriel Mbaga Obiang Lima, Minister of Mines and Hydrocarbons of Equatorial Guinea received the Nigerian delegation at the presidential palace in Malabo.

The (MOU) is expected to consolidate new opportunities for the hydrocarbons sector for both countries and, allow the counterparts to collaborate on maritime piracy protection strategies as security remains a major concern for energy infrastructure, with attacks reaching record highs in the Gulf of Guinea.

The ministers also agreed to expedite joint cross-border cooperation for the supply of gas from Nigeria to Equatorial Guinea which will also be an opportunity for Equatorial Guinea’s energy sector to see an additional step to its local content development plans.
This agreement once again signals that energy cooperation between neighbors on the continent can unlock tremendous value for African nations, in particular, in the Gulf of Guinea where there is great potential for collaborations.

This trip comes after H.E. Sylva was appointed by the Joint Ministerial Monitoring Committee of the Organization of Petroleum Exporting Countries (OPEC) as a Special Envoy to some participating countries in the Declaration of Cooperation.

As part of his appointment, H.E. Syvla is tasked with communicating the principles of fairness, transparency and equity in Gabon, Congo Brazzaville and South Sudan, which are also key stops on the road trip.

He is also to carry the mission to ensure that countries continue to comply with oil prices in the international market as members of OPEC. In line with this, he also met with H.E. Obiang Nguema Mbasogo, Equatorial Guinea’s Head of state who reassured the country’s commitment to cooperating with OPEC, maintaining its production levels.

“The African Energy Chamber salutes the commitments made by the ministers,” said Leoncio Amada Nze, President of the Cemac region for the African Energy Chamber. “We believe it is only through regional collaboration will paramount issues such as OPEC compliance, piracy and the monetization of gas for domestic and international export, will meaningful growth become a reality,” he added.