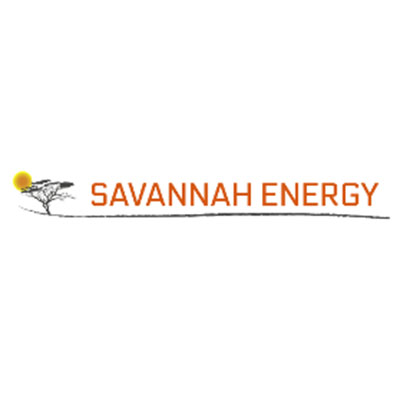 Niger and Savannah Energy have signed an MOU to develop a 250 MW wind farm in the Tahou region of Niger.

Representing the voice of the African energy sector, the AEC is committed to supporting energy industry players like Savannah Energy who are doing deals that will help accelerate the development of Africa’s energy sector, especially with our goal to make energy poverty history.

With the continent representing both a multi-faceted and high potential energy landscape, the need for enhanced collaboration across the entire energy spectrum is necessary if the continent is to address energy poverty, drive economic development and create free and competitive markets.

In this regard, the AEC has and continues to advocate for a strong, diverse energy mix in Africa, where multiple resources and technologies are adopted. Countries such as Niger, for example, rich with renewable resources and with ambitious targets of reaching universal access to electricity by 2035, are already making significant progress towards diversification through the adoption of renewable energy technologies.

This was made evident in London where Savannah Energy and H.E. Mahamadou signed a landmark Memorandum of Understanding (MoU) for the development of a 250 MW wind farm in the Tahou region of Niger. The wind farm represents the country’s first and will comprise up to 60 turbines, with power generated incorporated into the national and regional electricity grid. The project marks a significant step towards alleviating energy poverty in West Africa, increasing the country’s generation capacity and electricity access while serving as a model for other renewable-rich countries looking to diversify the energy mix.

“I am delighted to announce our plans today for the development of Parc Eolien de la Tarka. This is a truly transformational project for Niger, potentially increasing the country’s on-grid power generation capacity significantly. Such a project is expected to stimulate a significant increase in economic activity across our country, directly and indirectly creating thousands of jobs over the course of the next decade,” stated H.E. Mahamadou.

As a leading energy player in Nigeria, Chad, and Niger, Savannah Energy has already made significant progress in advancing Africa’s energy development. In Nigeria, the British-based company is involved in the upstream sector, holding interests in two large-scale onshore oil and gas fields; and the midstream sector, with an 80% ownership of the Accugas’ 200 million standard cubic feet per day processing facility as well as a 260 km gas pipeline network.

Through these projects, the company supplies gas to enable over 10% of the country’s thermal power generation. Additionally, in Niger, Savannah Energy has license interests covering 13,655 km² in the Agadem Rift Basin – approximately 50% of the country’s main petroleum basin. To date, the company has made five discoveries from five wells across five oilfields. Accordingly, the company represents one of west Africa’s heavyweights and will be a valuable partner for Niger as the country moves to realize its renewable energy goals.

“The message is clear. If you create an enabling environment that respects free-market enterprise, money will come in. The government of Niger has done just that. Kudos to Savannah Energy and the Minister of Energy of Niger for making this deal happen. Savannah Energy represents an energy company that is doing something new. A breath of fresh air in Africa with a strong focus on the future of energy.  The company’s inaugural renewable energy project will be critical for Niger as it moves to make energy poverty history while strengthening the role of renewable energy in the country’s energy mix.

“I am encouraged by the jobs, the investment, the opportunity, the impact they have in the communities they operate in. Most importantly the hope that they bring to so many that have been counted out. Savannah Energy exemplifies an international company working collaboratively for the good of our continent. The MoU signals a new era of investment and development in Niger and Africa, and we look forward to Andrew Knott and the team going all the way,” stated Ayuk.

As the AEC continues to push for enhanced investment and partnerships across Africa’s energy landscape, with a focus on energy diversification and integration, events such as the upcoming African Energy Week (AEW) 2022, taking place from October 18-21 in Cape Town, will be instrumental in facilitating new deals and driving Africa-focused dialogue. Events such as AEW 2022 prove particularly valuable for both African countries as they advance energy expansion and development, and international energy companies as they move to strengthen their presence in key African markets.

“H.E. Mahamadou has been confirmed as a keynote speaker at the continent’s premier energy event, AEW 2022, where he will drive a strong discussion on energy diversification. He signed a Green Hydrogen deal last month with the German firm Emerging Energy Corp and the Minister understands and advocates for an integrated energy approach in Africa. He wants each and every energy source to be utilized. In the face of the energy transition and global market disruptions, this approach is particularly critical. At AEW 2022, we look forward to international companies – such as Savannah Energy – and Africa’s energy ministers networking, signing deals, and forming partnerships that will accelerate project development for years to come,” Ayuk concluded.