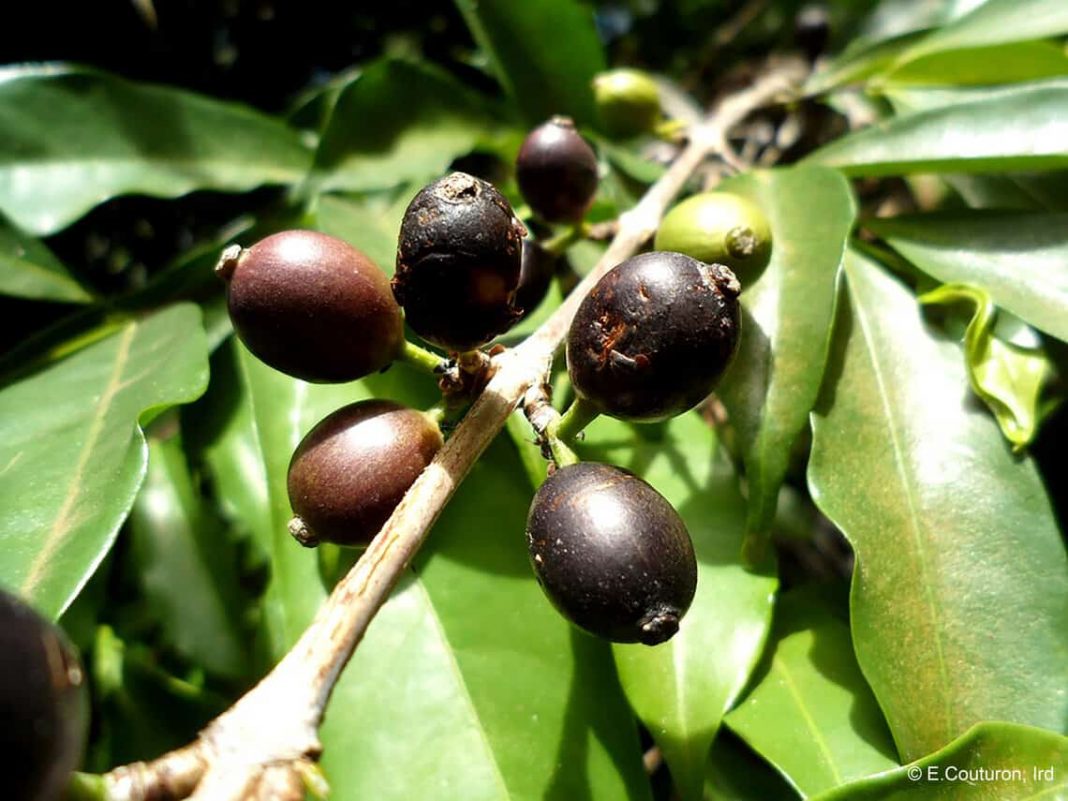 Two types of coffee beans, arabica, and robusta account for 99 percent of the strong-flavored beverage consumed by consumers, out of a total of 124 species.

Arabica is noted for its smooth, exquisite flavor and can only be grown in a cool tropical area. Although Robusta plants can survive higher temperatures, the taste of their coffee beans is thought to be inferior.

However, the stenophylla coffee bean, which was just identified in Sierra Leone’s jungles, could be a game-changer for the industry.

Stenophylla coffee has a comparable flavor to the renowned arabica species, but it can endure the greater temperatures brought on by climate change.

In 2018, Dr. Aaron Davis, the head of coffee research at the Royal Botanic Gardens, Kew, took a team of researchers to Sierra Leone in search of the so-called lost species.

“We traveled towards the Liberian border, again another lengthy trek through the forest, and when we reached the correct elevation, the correct sort of environment, we did in fact find a healthy population of stenophylla coffee, which was absolutely fantastic.

“So to find another great tasting coffee is exciting, but the other element to this study came from the climate analysis, and there we were able to show that stenophylla coffee can grow at an ambient mean annual temperature, 6.2 to 6.8 Degrees Celsius above arabica. So compared to arabica, it’s extremely heat-tolerant and that is unique and exciting.”

Once widely tilled in upper West Africa, the plant that yields stenophylla coffee beans is generally no longer farmed and has not been easily spotted over the last decades by concerned harvesters in the sector.

But as climate change sees the world’s average global temperature rise, the fact that the stenophylla coffee bean can grow in much higher temperatures than the limiting 19 degrees celsius of the other two more familiar varieties, is great news for coffee producers.

Aaron Davis believes that stenophylla coffee beans will prove to be very useful in the coffee-production sector over the years to come.

“By far and away, the best solution so far is to produce climate-resilient crops, and we’ve seen that from the coffee farming community. That’s the thing they’re asking us for — new crop species that can withstand the altered climate that we’re already seeing and we’ll increasingly see over the coming decades with the proviso that we have a marketable product. And for a marketable product, we need yield and we need a great flavor.”

Coffee drinkers worldwide at the read!

In 2020, Davis’ research team took the beans to the high-end coffee company Union Coffee.
He was happy with the feedback.

“The really surprising thing during the tasting was that this stenophylla actually tasted like an arabica coffee from a well-developed origin that we would look for commercially, and that was really a revelation.

“And it says that even with a very low level of processing or management that this sample had, if you imagine putting those sort of quality management protocols into place and working with the farmers to, sort of, produce healthy trees with good yields, the possibilities are quite exciting.”

The company’s expert tasting panel based on industry protocol of the Specialty Coffee Association deemed its coffee a specialty.

To reach ‘specialty’ status, a coffee bean sample needs a score of 80 points or higher.

Stenophylla is found in Guinea, Sierra Leone, and Ivory Coast at around 400 meters above sea level.

The Coffea Biological Resources Center on Reunion Island in the Indian Ocean studied a larger sample of stenophylla.

Their research was combined with Kew Gardens’ analysis for a paper published in Nature Plants.

Coffee-drinkers worldwide might just be able to enjoy the reputed exquisite taste of these lesser-known coffee beans in the near future.