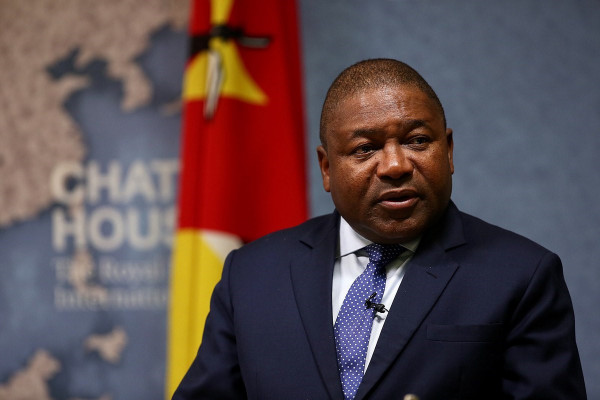 The Africa Oil and Power ‘Person of the year’ award 2020 has unveiled President Filipe Jacinto Nyusi of Mozambique as ‘Person of the Year’. The prestigious award is bestowed on the president following his innovative thinking in steering Mozambique to the forefront of the global energy sector. President Nyusi has proactively driven Mozambique’s energy through several multibillion gas projects which are now in development in this Southern African country. President Nyusi has demonstrated admirable long-term thinking, dedication to local content, and political will to empower the private sector.

Not only has President Nyusi been instrumental in the deals coming through, he has also helped drive a focus on national capacity building and has made sure the projects set aside natural gas for domestic use, setting the country on a path towards economic diversification and energy security.

“H.E. President Filipe Nyusi has worked hard to create an environment that ensures that a strong gas industry will create jobs, boost entrepreneurship, protect our environment, diversify our economy for the benefit of all the citizens and generate much-needed revenue for the government. The President has made the energy sector a crucial component of the economic well-being of Mozambique,” said Florival Mucave, CEO of the Mozambican Oil & Gas Chamber.

“H.E. President Filipe Nyusi has taken Mozambique from a place of relative obscurity in the energy markets to a place of leadership in the global natural gas industry,” said Renée Montez-Avinir, Managing Director of AOP. “His leadership has been instrumental in bringing these mega natural gas projects to fruition, providing vital investment security to close several multi-billion dollar deals. There is no doubt, the natural gas projects will transform Mozambique, bringing progress and prosperity to the entire country and placing Mozambique at the forefront of a global natural gas revolution,” added Montez-Avinir.

“Initiatives such as the ‘Person of the year’ award represent what the African EnErgy Chamber believes to be the future of events in Africa”, said NJ Ayuk, Executive Chairman of the African Energy Chamber. “This is not about just building a stage and setting up a talking shop. This is about driving a movement that genuinely creates opportunities for Mozambicans and Africans. It’s about focusing on attracting investment into the country, building a narrative about the country, giving a voice to companies that invest that they must be respected, supporting local companies that need contracts, and communities that need jobs and want to contribute to the growth of the country. That is what Africa Oil & Power is doing and we will support their unique and results-driven approach,”.

“We see Mozambique as a global natural gas development center, with generations of people and the whole region set to benefit. Thanks to the work of President Nyusi and his government in encouraging the growth of the sector, Mozambique is now very well placed to engage with more foreign investors, the Gas Exporting Countries Forum and OPEC, but most importantly to use its gas to develop its economy, create jobs, business opportunities and bring people out of poverty. This President is on the right path and we must support him,” concluded Ayuk.

The African Energy Chamber recently pledged to work with the Mozambican government, Africa Oil & Power, and local associations such as the CTA and the Mozambican Oil and Gas Chamber, to advance the cause of natural gas as a sustainable fuel for development and a critical part of the energy transition in Africa. This resource will provide for positive change, including reduction of energy poverty and greater inclusion of women in energy and the workforce.

Africa Oil & Power on 8-9 March will hold a Presidential Award Ceremony and Technical Workshops in Maputo and with global online participation, in order to celebrate the work of the President and the Mozambican government and to support capacity building and knowledge transfer in the energy industry in Mozambique.