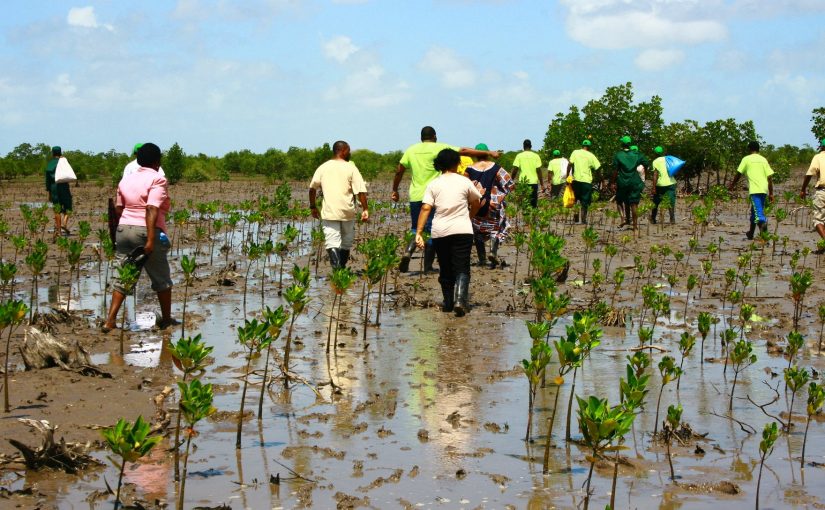 Mozambique has emerged as the first country to receive payments from a World Bank trust fund for reducing emissions from deforestation and forest degradation—commonly known as REDD+.

Since 2019, Mozambique has received $6.4 million from the Forest Carbon Partnership Facility (FCPF) for decreasing 1.28 million tons of carbon emissions. The payment is the first of four installments under Mozambique’s Emission Reductions Payment Agreement (ERPA) with the FCPF, which could release up to $50 million for decreasing up to 10 million tons of CO2 emissions in Zambézia Province by the end of 2024.

To receive the first payment, Mozambique submitted an official monitoring report confirming the emission reductions; an independent third-party verification was conducted between September 2020 and May 2021.

“Preventing deforestation and increasing efforts to restore those that have already been damaged are the twin actions essential to ensuring a safer, climate-resilient and more prosperous future for local communities and the country as a whole,” said Idah Pswarayi-Riddihough, World Bank Country Director for Mozambique, Madagascar, Mauritius, Seychelles, and Comoros.

“These efforts are costly and payment agreements such as these can be a game-changer as they provide much-needed finances to improve sustainable forest management and resilience.”

The payment is an acknowledgment of Mozambique’s contribution to the implementation of emission reduction activities, such as adopting sustainable agriculture practices, monitoring the use of forest resources, or restoring degraded land.

A benefit-sharing plan prepared with local actors and communities that have contributed to the results will ensure that they receive the majority of the benefits.

This will allow the stakeholders to continue promoting community management of natural resources and restoration of degraded areas while stimulating conservation-friendly, nutrition-sensitive, and climate-smart farming models.

This is a major step forward to the country’s ongoing efforts to save forests and halt deforestation,” said Ivete Joaquim Maibaze, Mozambique’s Minister of Land and Environment.

About 43 percent, or 34 million hectares of Mozambique’s overall territory, is covered by natural forests that have been severely degraded over the years. This program seeks to reduce deforestation and forest degradation while improving the lives of rural populations in the Zambézia Province.

In August 2021, Mozambique will submit its second Emission Reduction Monitoring Report, covering the period from January 2019 to December 2020. By the end of 2024, the country expects to avoid emissions of 10 million tons of carbon.

The Forest Carbon Partnership Facility (FCPF) is a global partnership of governments, businesses, civil society, and Indigenous Peoples’ organizations focused on reducing emissions from deforestation and forest degradation, forest carbon stock conservation, the sustainable management of forests, and the enhancement of forest carbon stocks in developing countries, activities commonly referred to as REDD+.

Launched in 2008, the FCPF has worked with 47 developing countries across Africa, Asia, and Latin America, and the Caribbean, along with 17 donors that have made contributions and commitments totaling $1.3 billion.