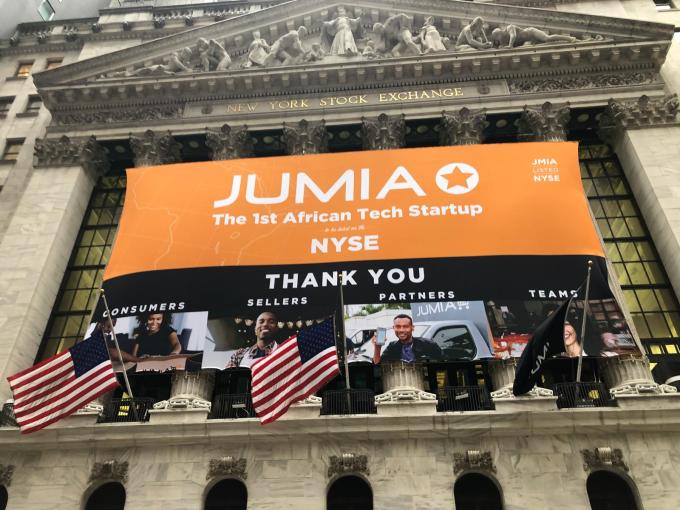 Africa’s leading e-commerce platform Jumia is poised for an exponential growth in Africa. Jeremy Hodara, Jumia’s co-founder and co-CEO thinks China is “very advanced in terms of technology especially in the use of e-commerce and digital payments systems”.

“China’s ICT and e-commerce companies have a good understanding of e-commerce, and China has an ecosystem that is probably closer to Africa than the United States and Europe, that is an inspiration for us, and we are following that direction to remain relevant in Africa”.

The companies in China have handled e-commerce in an innovative way, Hodara said, noting that there are things that can’t be done overnight because China is advance in technology.

The CEO told Xinhua that his company can learn a lot of valuable lessons from the many Chinese technology firms, especially the e-commerce giant, Alibaba.

“We have seen how Alibaba is working with the sellers, and the way it organized their logistics, it’s a great source of inspiration,” he added.

Hodara added that Jumia is interested in and focusing on localizing e-commerce in Africa and that the company is really committed to businesses with African interest.

“We are relying on the increased usage of our payment platform, Jumia Pay, to drive business growth in Nigeria because growth and profitability in 2020 would be made possible by incentivising the usage of the platform,”

The e-commerce company had announced the replacement of the Jumia Nigeria Chief Executive Officer Juliet Anammah in January 2020.

Anammah has been elevated to Chairwoman Jumia Nigeria and Head of Institutional Affairs of Jumia Group.

The company named Massimiliano Spalazzi as the new Jumia Nigeria CEO. Spalazzi had served as CEO for Jumia Emerging countries between January 2015 and January 2019 and CEO of Jumia Market from January 2015 to September 2017.

The e-commerce company had faced turbulent times on the continent last year, reportedly leading to the shutting of Jumia Travel in Nigeria and Jumia Food in Rwanda.

The company also closed its entire operations in Cameroon and Tanzania, citing low performance in those markets.

One of the key challenges facing the e-commerce sector in Africa is the lack of adequate infrastructure to ensure that products ordered online reach consumers in a timely and cost-effective manner.

“We tried many opportunities and strategies. We take a lot of time to invest in lot of things we do. Challenges are the ability to grow new talents and sustain the business,” he said.

“Jumia is pledging to continuously improve so as to satisfy our customers and explore the e-commerce potential. We are here to stay,” he said.

Jumia, founded in 2012, started as a collective effort of its founding team who tried to create something new and positive, with the aim of building an ecosystem around e-commerce.