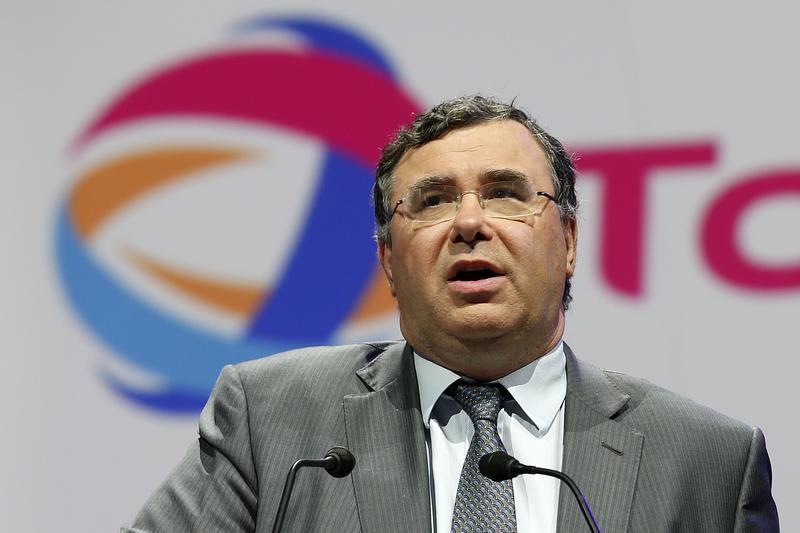 Dozens of civilians were killed in the Islamic State-linked attacks in the coastal Mozambique town of Palma, near gas projects that are worth $60 billion and are aimed at transforming the East African nation’s economy.

The violence in March has dealt a blow to plans by Total and rival Exxon Mobil (XOM.N), which also has an LNG project in Mozambique, to turn the country into a major LNG producer to rival Australia, Qatar, Russia and the United States.

It also comes as major energy companies reassess their approach to LNG, once seen as a fuel of the future because it has lower emissions than coal or oil but now under scrutiny in the drive to cut carbon emissions even more deeply.

Total, which aimed to produce its first cargo from the project in 2024, suspended work on March 27 after the militant attack.

If Total does halt gas production, “we are convinced the junta will not hesitate to resort to forced labor,” Total’s Chairman and CEO Patrick Pouyanné stated at the time. In Mozambique, if this drags on and not resolved, we give an upper hand to terrorists and ISIS.

“We are disappointed about Total’s recent decision to declare force majeure on its Mozambique LNG Project, said the African Energy Chamber (AEC). We stand in solidarity with Mozambique and Total and believe the declaration of force majeure could have been prevented

“We encourage all parties involved to have a better and more open conversation to find a practical and pragmatic commonsense solution for the force majeure event to cease and for the project to resume, for the benefit not only of Total, but also of international and local companies, and especially for Mozambique’s people”

While the force majeure declaration by Total is a legal instrument at its disposition to procure its objectives and compromises with its lenders and the government, analysts believe that Total will do whatever it takes to stand with Mozambique and its people. Total is not only an international company. It is an African company as well, as it is one of its most prominent investors and employers.

Total’s connection to the African people goes far beyond its investments at a macro level. While many other multinational companies have left the continent, Total has remained, and its commitment to the continent and Mozambique specifically will continue to remain.
Executive Chairman of the African Energy Chamber, N.J Ayuk noted that “Mozambique continues to be one of the most attractive options to produce gas in the world due to its carbon neutrality, representing a viable solution for climate change”.

Such a rare opportunity for Africa and the world.” He added that “The energy industry continues to grapple with multiple insecurity issues, community engagement, climate change, energy poverty, greater cooperation between stakeholders is required to find beneficial solutions”.

“Mozambique was considered the next LNG El Dorado thanks to its large, low-cost resource base and ideal location to supply key demand centers,” said Thomas Adolf from Credit Suisse.

“But instead it is looking more like … Mozambique no longer playing a big role in the 2020s,” he added.

Carlos Zacarias, chairman of the institute that governs Mozambique’s energy development, told a news conference that Total would not fulfill contractual obligations while the force majeure was in place.

He added that Total had not abandoned the project. Mozambique President Filipe Nyusi said this month that the government would work to restore peace.

The LNG project includes the development of the Golfinho and Atum natural gas fields in the Offshore Area 1 concession and the construction of a two-train liquefaction plant with capacity of 13.12 million tonnes per annum (mtpa).Total secured a $14.9 billion debt financing package in July to fund its rollout. On Monday the company said it had agreement from the lenders to pause the debt drawdown.

It also said it was too early to provide an updated project schedule, though there was speculation among some contractors that the delay could last at least a year.
“When we stop as an industry, we nurture the hate speech against energy projects in Africa, and we give those “haters” instruments to criticize further our good-faith efforts to make Africa better for Africans.

This is not the time to allow for this. This is the time to make a stand, find solutions, and continue exploiting our resources”. Concluded Ayuk

The African Energy Chamber told a news conference that “Everyone must stand against the cowardly attack on Palma. Everyone with sense must understand that terrorist activities and the attacks on energy infrastructure are not only against Total and energy investors, but they are also against Mozambique and the entire world and all who believe that Mozambique’s gas is a solution to the climate crisis”