Home Industry Outlook In A $1.5 Billion Valuation, Andela Emerges As A Unicorn 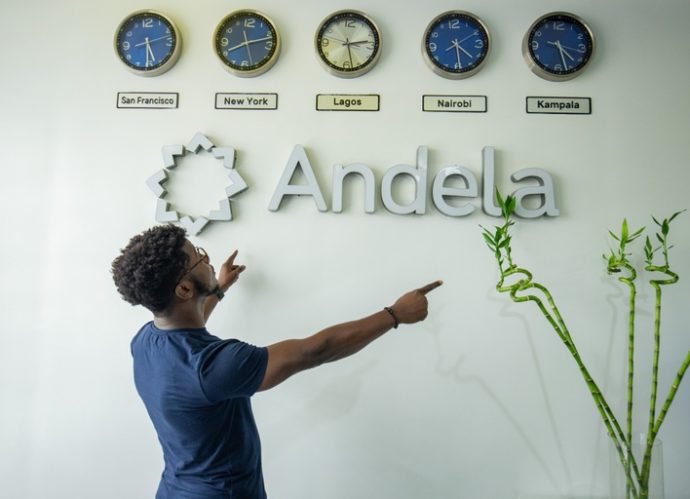 In a series E funding round that values the company at $1.5 billion, Andela, a startup that connects African software engineering talent to companies globally, has raised $200 million from investors led by SoftBank.

Andela, a seven-year-old African-focused firm, is the latest to achieve “unicorn” status — a billion-dollar valuation for a private company — this year. With their most recent fundraising rounds, fintech businesses Flutterwave and OPay in Nigeria, and Wave in Senegal, have each achieved 10-figure valuations, as investor interest and transaction activity in the area approach historic levels.

Andela first opened shop in Lagos, Nigeria, in 2014, with the explicit aim of addressing an acute shortage of software developers and engineers in Africa. It settled on a model where it selected and trained engineers in an intense six-month boot camp and then placed them at global companies in junior developer roles.

At the time, most tech companies operating in Africa hired few or no engineers in their home markets, instead, their technical staff worked out of hubs in the U.K., Portugal, or Eastern Europe.

But in 2019, Andela said the market for junior developers had become saturated in recruiter countries like the U.S. The company shifted its attention to placing more experienced engineers.

It gradually laid off hundreds of its 1,500 junior developers. Andela said that by switching to concentrate on placing more experienced talent, it is able to maintain more long-term engagements with international companies.

By mid-2020, New York-based Andela switched to a fully remote work company, shutting down its physical campuses in Nigeria, Kenya, Rwanda, and Uganda, and opened itself to placing more developers from across Africa with international companies.

Since the pivot, Andela no longer trains developers directly; it has passed on that social impact mission to the Andela Learning Community, an online learning program that reportedly has over 100,000 participants.

Now, Andela describes itself as a “global talent network” with a push to serve client companies in countries like the U.S., where there’s a never-ending demand for talent. A January report claimed the number of technology job hires increased by 391,000 in December 2020.

According to a presentation seen by Rest of World, the company now boasts over 200 international clients and has more than 2,500 vetted experts in its network. Around 60% of its developers are in Africa, with the rest in Europe and Latin America. Around 80% of its earnings reportedly went into paying and supporting developers.

With the new capital, Andela told Rest of World, it will invest in “developing products to simplify global hiring and make engineers’ lives easier.”

Sources close to Andela said that this means doubling down on expansion into Latin America and investing in technology, including improvements to its talent-matching algorithms. The company is also expanding its talent pool beyond software developers to include experts in data, product design, and user experience, among other design skills.

The Andela deal is SoftBank’s third publicly disclosed investment in a Nigeria-founded company. In April, the Japanese firm backed Shyft Power Solutions, a clean energy company. And in August, it led the $400 million Series C round in OPay, the agency banking company, valuing the startup at $2 billion.