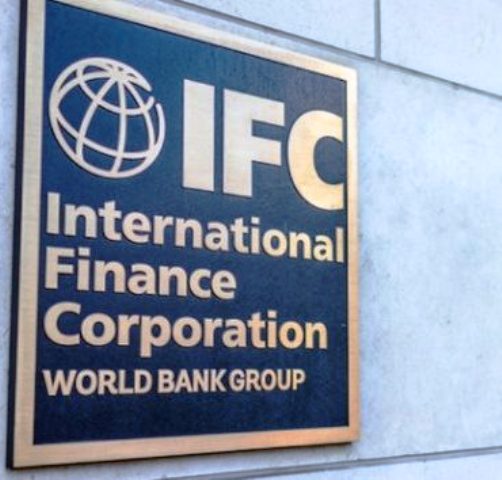 To encourage private investment in emerging markets and developing economies, IFC, a member of the World Bank Group, has issued a new global benchmark bond denominated in US dollars.

There was widespread approval for the deal, and in the end, more than 100 investors placed orders totaling over $4.9 billion.

John Gandolfo, IFC’s Vice President and Treasurer, Treasury & Mobilization, remarked, “The extremely enthusiastic interest from investors is a testament to IFC’s financial strength and our position as the premier development finance institution focused on the private sector in developing countries. The bond’s proceeds will free up capital for businesses and aid in the creation of jobs as developing nations face a variety of interrelated challenges, from rising food and energy costs to conflict and fragility.”

The new three-year benchmark has a spread of SOFR MS+25 basis points, or 12.5 basis points more than the equivalent three-year US Treasury note. It pays a semiannual coupon of 3.625 percent. Citi, Morgan Stanley, TD Securities, and Wells Fargo Securities all served as co-lead managers on this deal.

“In the financial markets, IFC has once again achieved remarkable success. The new three-year benchmark took advantage of the robust USD SSA primary market in the fall, selling out more than 2.4 times, with an extremely diversified and high-quality final orderbook. IFC has perfected their annual global outing to the point where it attracts the most investors possible thanks to their unwavering commitment to quality. Citi is pleased to have participated in this transaction and extends its congratulations to the IFC team “The Citi Group’s Public Sector DCM MD, Ebba Wexler, put it this way.

“Despite the continued volatility and difficult broader market conditions, IFC has made a remarkable comeback to the USD benchmark market, attracting substantial demand and achieving an excellent pricing outcome. By closing this deal, IFC has once again demonstrated that their benchmark product is a reliable and highly sought-after USD asset. We applaud the efforts of the IFC staff, “Morgan Stanley’s SSA Head Ben Adubi put it this way.

“Congratulations to the IFC team on the successful completion of the three-year USD benchmark transaction. The entire SSA community was interested in IFC’s first USD benchmark of the year. In a year with tumultuous fixed-income markets, IFC was able to meet investor demand thanks to the three-year maturity. Due to the high demand for IFC’s brand, the company was able to successfully engage in price discovery and reduce its initial price thoughts by three basis points “said TD Securities’ Managing Director of Fixed Income Origination and Syndication Laura O’Connor.

“WFS is honored to contribute to IFC’s first USD benchmark for the current funding year. Due to the issuer’s rarity and global reach, the timing and demand for the offering were ideal, resulting in a high-quality order book that was significantly oversubscribed. The transaction also joins a small group of issues this year that were priced three basis points tighter than IPTs. Hearty congrats to the IFC crew for setting such an impressive worldwide standard! “SSA Origination Head at Wells Fargo Securities Carlos Perezgrovas said.

Since the year 2000, IFC has consistently issued global bonds denominated in US dollars. Private placements and thematic bonds, such as green bonds to support climate-smart business and social bonds to fund IFC projects to assist underserved people in developing countries with limited access to essential services, supplement IFC’s public issuance.

In addition to issuing bonds denominated in U.S. dollars, IFC issues local-currency bonds to foster the growth of local capital markets and finance local-currency investments and discount notes. Standard & Poor’s and Moody’s have both given their highest possible bond rating of AAA to all of the IFC’s bond offerings.