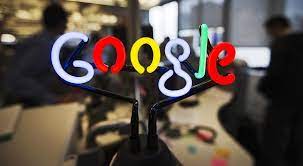 Google has called for applications for grant funding from its new Global Impact Challenge (GIC) for Women and Girls. The call reinforces the organization’s commitment to the empowerment of women and girls on the African continent, following International Women’s Day.

The GIC for Women and Girls will provide USD$25-million in overall cash grants to nonprofits and social enterprises.

“Empowering women and girls in Africa to reach their full economic potential, and to thrive, is more critical now than ever before as they bear the brunt of the pandemic,” says Google South Africa country director’s Alistair Mokoena.

The GIC for Women and Girls is focused on changing the status quo, with Mokoena stressing that job cuts, income losses and lack of education aren’t simply side-effects of the pandemic, but “will negatively impact the economic strides made by women and girls for many years to come”.

Organisations have until Friday, 2 April at 23:59pm GMT to submit their applications.

An all-female panel of expert Google executives and world / business leaders will preside over the application review and selection process once applications close. The panel includes:

Grantees, who will be announced later this year, are eligible to receive funding ranging from USD$300 000 to USD$2-million. Selected organisations will also receive capacity building support and mentoring from Googlers.

Over the past five years, Google says has given over USD$55-million in cash grants to non-profit organisations that support gender equity and access to opportunity for women and girls around the world.

Building on previous work in gender equity, with grantees like the National Domestic Workers Alliance, Laboratoria and GiveDirectly, Google is seeking applications from organisations in Africa and around the world.

“We have a collective responsibility to ensure that generations of women and girls from all walks of life,no matter their race, sexual orientation, religion or socioeconomic status, live in a world where they are treated equally and can realise their full potential,” Mokoena says.

“When women and girls have the tools, resources and opportunities to turn their potential into power, it not only changes the trajectory of their individual lives, but also strengthens entire communities. If we lift up women and girls, the rest of the world will rise too,” Mokoena concludes.