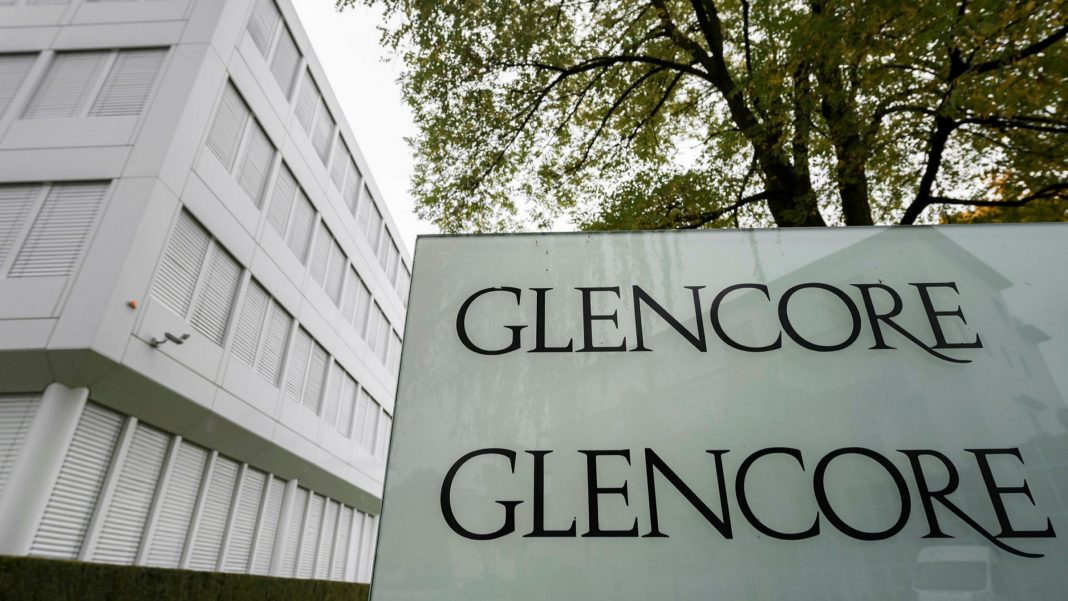 In a London court on Tuesday, May 24, a unit of the Swiss mining conglomerate Glencore pleaded guilty to seven counts of bribery. After additional subsidiaries pled guilty to bribery in Brazil and the United States, the company would pay up to $1.5 billion in fines to the United States alone for breaking the Foreign Corrupt Practices Act (FCPA) and manipulating commodity prices.

Glencore allegedly paid more than USD100 million in bribes to authorities in Brazil, Cameroon, Côte d’Ivoire, Equatorial Guinea, Nigeria, South Sudan, and Venezuela between 2007 and 2018, according to the investigating countries.

The African Energy Chamber (AEC), in a statement, urged the US government to use the USD1.2 billion in penalties Glencore is paying to empower Africans, who are the real victims of Glencore’s wrongdoing.

“Glencore’s penalties should go to organizations like Power Africa, a public-private partnership formed by the U.S. to help address energy poverty in sub-Saharan Africa — a goal shared by the African Energy Chamber. Glencore’s corruption and state capture have undermined efforts to make energy poverty history. Directing money to Power Africa will help change living conditions for more than 600 million people in sub-Saharan Africa who currently go without reliable electricity”

The statement further recommended that a portion of the penalty money could also go to Prosper Africa, a US initiative that aims to provide market intelligence, deal support, and solutions to African businesses in order to improve their business climates. Supporting this initiative, the AEC noted, would be a fantastic way to make a positive difference in the lives of Africans and communities.

According to the chamber, African countries would require trillions of dollars to fund their transition to renewable energy in order to meet international climate goals. The African Petroleum Producers Organization and the African Export-Import Bank (Afreximbank) signed a memorandum of understanding earlier this month to establish an energy bank that will boost private sector investments in African oil and gas projects while also increasing revenue for renewable energy projects.

Directing a portion of Glencore’s penalty payments to the African Energy Bank is an excellent opportunity for the U.S. to empower African countries while supporting international climate objectives.

What Glencore did is illegal, immoral, and completely unacceptable. It does not reflect the normal business dealings of the oil and gas industry. And, for the record, the African Energy Chamber has never solicited or accepted a single monetary contribution from Glencore.
What’s more, the chamber strongly believes that Glencore’s dealings in African countries should be closely examined on a local level, and African officials who accepted bribes should be held accountable.

Investigations should be opened, and Glencore should be forced to come clean about the full extent of its corrupt business dealings, after all, Glenore is a member of the Norwegian-based Extractive Industries Transparency Initiative (EITI). Though based on its years of corrupt actions, Glencore should be suspended as an EITI supporting company.

Glencore’s actions come as a blow to Africa’s oil and gas energy. At a time when the African Energy Chamber is trying to show the world the good that oil and gas operations can achieve in our continent, we hope those who follow the news about Glencore understand that they are far from the norm in our industry.

We find it ironic that EITI, which has campaigned against African countries joining the initiative, still has Glencore as a member — especially if you consider the fact that Glencore’s involvement with EITI began while the company was engaging in the very behavior EITI strives to eradicate.

“Glencore has been a supporter of the EITI principles of transparency and accountability since 2011,” EITI’s website states. “Long a supporting mining company, Glencore has also been an active member of the EITI Working Group on Transparency in Commodity Trading, supporting the development of voluntary reporting guidelines on the buying of oil, gas, and minerals from governments. The company believes countries that transparently and effectively allocate natural resource wealth for the benefit of their communities have the potential to attract greater, more responsible, and longer-term business investment.”

It’s stunning. How can Glencore believe in these ideals and advise on transparency when it is one of the most corrupt companies in the oil and gas industry? The EITI board chair, Rt Hon Helen Clark, has issued a statement about Glencore and expressed concern about the company’s actions. But she goes on to call upon Glencore to apply its lessons learned to its ongoing work with EITI. There is no mention of consequences. Imagine if this was an African country; imagine the international community’s response.

It wouldn’t stop with penalties and expressions of concern. Not only would the company be fined, but the management teams would be fined and in jail. We’d comment on the likelihood of EITI suspending the African company’s status as a supporting member, but since EITI has resisted African involvement, it’s moot. This double standard is unjust. It sends the wrong message to Africans.

Frankly, we are dismayed that businesspeople who come from free and democratic societies think the best way to operate in Africa is to engage in corruption.
The African Energy Chamber advocates for free-market solutions in Africa, but free markets cannot exist without the rule of law. Free markets cannot exist unless we ensure the right kind of actions take place.

We cannot tolerate a company that puts profits ahead of integrity or serves itself with no regard to the detrimental effects of its actions. Glencore represents the very worst of the oil and gas industry and it will be excluded from African Energy Week on Oct. 18 -21 in Cape Town, South Africa. There are many, many energy companies committed to doing good in Africa. They are the companies we want to work with to help build a brighter future for Africans.

“We strongly believe that Glencore’s dealings in African countries should be closely examined on a local level, and African officials who accepted bribes should be held accountable.”

Investigations should be opened, and Glencore should be forced to come clean about the full extent of its corrupt business dealings, after all, Glenore is a member of the Norwegian-based Extractive Industries Transparency Initiative (EITI). Though based on its years of corrupt actions, Glencore should be suspended as an EITI supporting company. And, finally, everyday Africans — the ones hurt most by corruption’s toxic effects — must receive justice.