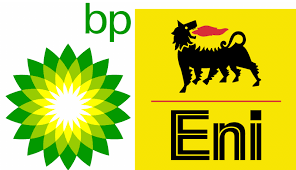 Through the integration of the two companies’ Angolan businesses, British Petroleum and Eni have stated that they have signed an agreement to form a new 50/50 independent company, Azule Energy, a BP and Eni entity. The arrangement comes after the companies agreed to a memorandum of understanding in May 2021.

Azule Energy will be a new worldwide energy firm with over 200,000 barrels equivalent per day (boe/d) of net oil and gas production and two billion barrels equivalent of net resources that will be handled autonomously. With holdings in 16 licenses and participation in the Angola LNG joint venture, it is anticipated to be Angola’s largest producer. Eni’s share in Solenova, a solar company partially owned by Sonangol, will also be acquired by Azule Energy.

Azule Energy will have a strong pipeline of new projects starting up over the next few years, including the new Agogo and PAJ oil projects in Blocks 15/06 and 31 respectively. It will also develop the New Gas Consortium (NGC), the first non-associated gas project in the country, which will support the energy needs of Angola’s growing economy, its decarbonization path, and strengthen its role as a global LNG player.

BP and Eni believe combining their efforts with a long-term perspective will create more efficient operations and offer the potential for increased investment, job creation, and growth in Angola. Azule Energy will continue to develop the full potential of the country’s upstream sector, while also positioning itself to capture new opportunities from the energy transition with the growing role of gas and renewables in its portfolio.

Bernard Looney, BP’s chief executive, said: “Angola has long been important for bp operations and this innovative new venture underscores and enables our continued commitment to the country. Eni is a valued partner to be working within the region. Azule Energy draws on our combined strengths and skills and, more importantly, is anchored in our shared values and beliefs about what the future of energy should be. Ultimately Azule Energy will be able to drive efficiencies and realize new opportunities across an expanded and truly exciting portfolio.”

Claudio Descalzi, CEO of Eni, said: “The creation of Azule Energy is a further step in advancing our strategic approach to accelerate growth through focused lean and financially independent companies. Combining two world-class businesses into one stronger team, Azule Energy will leverage synergies and high-quality assets, boosting activities in Angola and will have one of the largest portfolios of production, development, and exploration opportunities in Sub-Saharan Africa. bp shares our values and our approach to just transition and we are very pleased to be partners in this initiative.”

Health, safety, and environmental performance, project delivery, and production efficiency will be priority areas for the new venture. The joint venture will maintain access to world-class technologies and best practices through focused areas of technical support from Eni and bp. Azule Energy will continue bp and Eni’s social investment commitments in Angola.

Since announcing the intent to form the joint venture in May 2021, BP and Eni have worked closely with the Angolan government and the creation of Azule Energy will be subject to all customary governmental and other approvals, with the aim of completing the transaction in the second half of 2022. Once set up, Azule Energy will be equity accounted for by BP and Eni. Hydrocarbon production and GHG emissions will continue to be reported on an equity share basis.