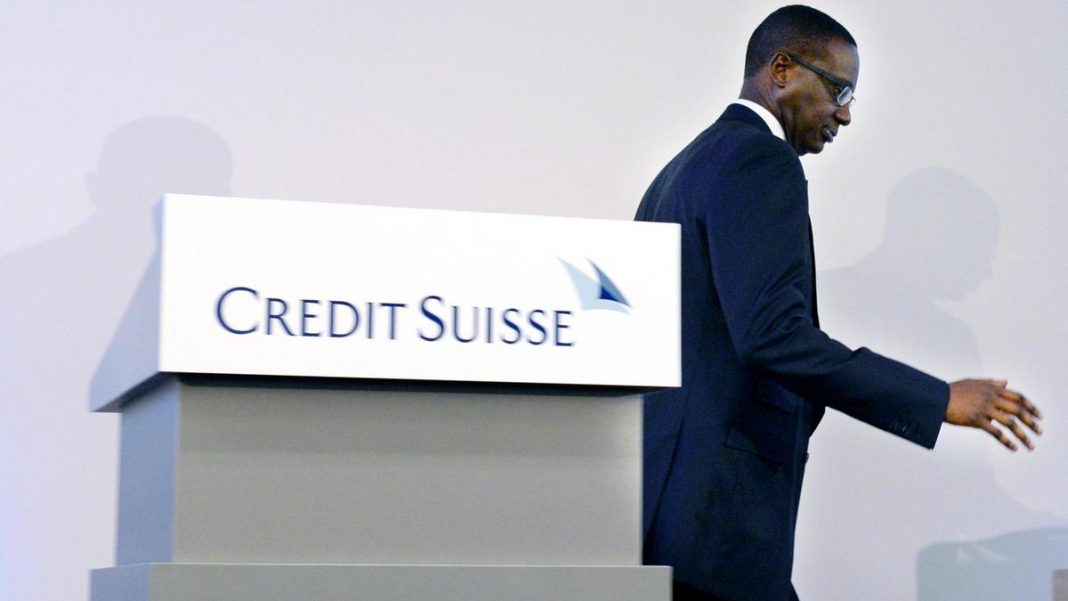 What happens next at Credit Suisse, following the exit of Thidjan Thiam, will be down to Thomas Gottstein, the former head of Credit Suisse Switzerland, who was named chief executive of the whole group.

Credit Suisse, which has been rocked by a spying scandal, announced February that chief executive Tidjane Thiam, the first black chief executive of a major European bank, had resigned and would be replaced by the current head of the bank’s Swiss operations.

“I have agreed with the Board that I will step down from my role as CEO. I am proud of what the team has achieved during my tenure,” Thiam said in the statement.

Thiam, widely seen as one of the finance world’s leading lights, resigned after losing a boardroom battle that erupted when the bank admitted to having hired private detectives to spy on former staff.

While directors backed the departure of the bank’s French-Ivorian boss, who was paid Sfr 12.7m (£10m) last year for his services, they swung behind Urs Rohner, its Switzerland-born chairman.

Rohner is expected to complete a term scheduled to last until April 2021, despite the intervention of the bank’s biggest investor on Friday, who called for the chairman to fall on his sword as well.

Thiam and Rohner have been at loggerheads since it emerged last year the Zurich-based bank had hired a corporate espionage company to follow Iqbal Khan, the former head of the bank’s wealth management division.

Industry analysts anticipate Gottstein’s Credit Suisse may be a different sort of place. Notoriously abrasive, Thiam was also notoriously political and falling foul of him was to be avoided. When he became CEO in 2015, Thiam appointed six of his own people to the bank’s board and swiftly sacked the existing fixed income-focused head of the markets business, Gael De Boissard.

De Boissard was replaced by the equities-oriented Timothy (Tim) O’Hara, but O’Hara left mysteriously and abruptly less than a year later after some big losses on the distressed book, even though they happened before he’d officially assumed the role.

Under Gottstein things will theoretically be different. “The last thing we want is a culture of fear,” he told Swiss paper NZZ am Sonntag last month. Credit Suisse wants an open culture, said Gottstein in the same interview before he became CEO.

CS insiders would undoubtedly welcome this. One Zurich director complained of a “non-entrepreneurial military culture, employees are being investigated,” on Glassdoor last month. Others at Credit Suisse mentioned politics, stress and fear, although there were some positive observations too.

It remains to be seen, however, whether Gottstein’s Credit Suisse can become the sort of friendly open place that the new CEO might aspire to create.