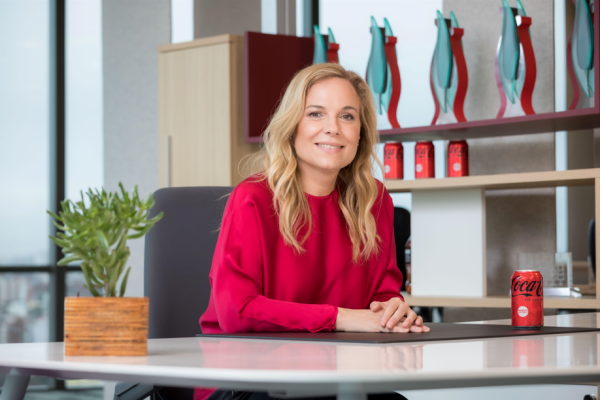 Ortega succeeds Bruno Pietracci as president of Coca-Latin Cola’s America operating unit. Both changes will take effect on February 1, 2023. Ortega plans to move to Johannesburg in 2023.

Ortega and Pietracci will report to Henrique Braun, who will take over as Coca-President Cola’s of International Development on January 1, 2023. Since 2020, Braun has served as the president of Coca-Latin Cola’s America operating unit.

“I’m happy to see Luisa take her knowledge and global expertise to lead our operations in Africa,” Braun said. “I’m also pleased to welcome Bruno back to his native Latin America, where he has extensive experience across a number of markets.”

Ortega, joined Coca-Cola as vice president and general manager of the South Latin business unit in 2019. She was later named South Latin’s deputy president, and then its president. In 2021, she was appointed president of the newly formed Latin America operating unit’s central zone. She is also the chair of the Global Women’s Leadership Council at the company.

Prior to joining Coca-Cola, Ortega spent more than 14 years at SC Johnson in various roles in Europe, the United States, and the Asia Pacific region. She also worked for Endesa, a utility company that primarily serves Spain and Portugal.

Ortega earned a bachelor’s degree in business administration from Universidad Pontificia Comillas and an MBA from IESE Business School in Spain, as well as participation in Harvard Business School’s Advanced Management Program.

Pietracci became vice president of strategic planning and research at Coca-Cola in Brazil in 2008. He moved into operations in 2010 to lead the Southern Brazil region. Later, he was promoted to general manager of the Colombia, Venezuela, and Ecuador markets.

Pietracci previously worked for McKinsey & Co. in Brazil and Lisbon.

Pietracci has a mechanical engineering degree from Brazil’s Universidade Estadual de Campinas and an MBA from France’s INSEAD.