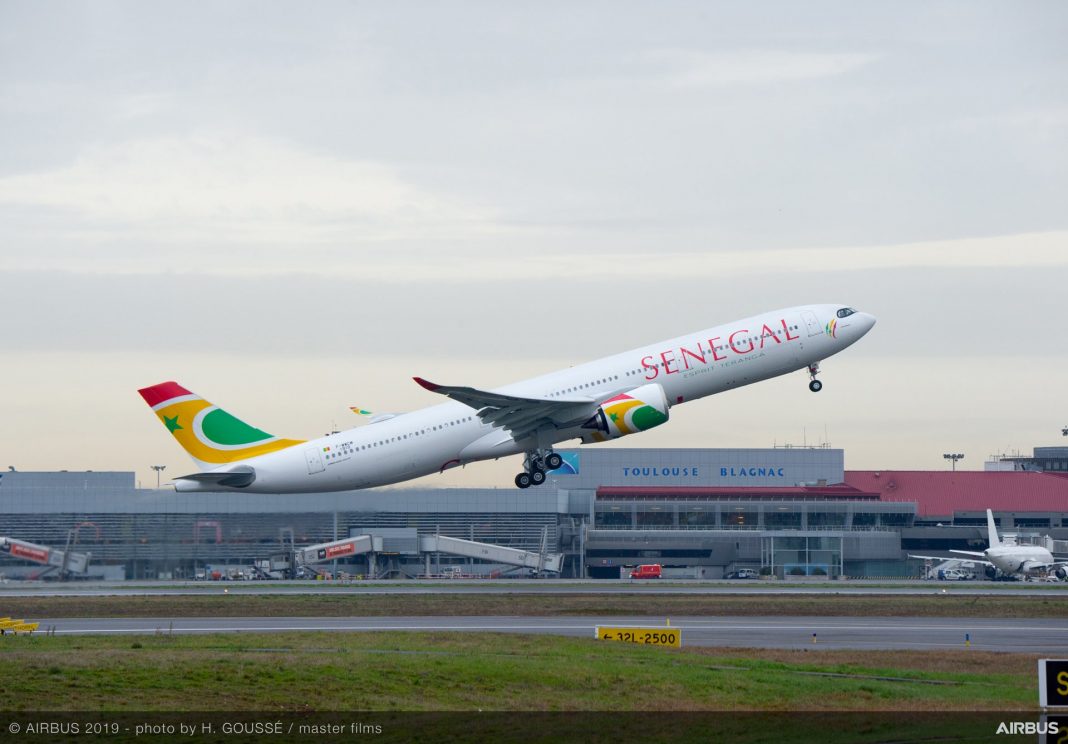 Air Senegal is determined to revive its fortune. In the wake of the second wave of a pandemic sweeping the continent, the flag carrier is showing signs of recovery. Post-crisis. The airline company announced it would stretch its wings beyond its normal routes. The carrier is set to commence flights to Milan in February, to Lyon on March 28, and possibly to Washington and New York before the fall of 2021:

“The mission and the overall strategy of Air Senegal do not vary”, says Kane Ibrahim, the Chief Executive Officer of the airline company.  “There is consistency. It’s about efficiently managing the accelerated growth of the airline.” Continuing, Kane noted that “We remain focused on our mission. The success of Air Senegal’s development strategy will depend on fuel costs, human resources, finance, maintenance, training and how we put forth our expertise and know-how.”

Air Senegal’s upsurge in hope is hinged on the 68 million euros in state grant received in May 2020 to cushion against the effects of the pandemic. The increase in funding helped the airline company update its operations and network strategies while driving growth for air passengers by half a million in 2021, thus greatly surpassing the modern 400,000 passengers it airlifted in 2019. Four disbursements have already being made to Air Senegal from the total sum of the state grant domiciled in the country’s treasury.

The plunge in air travel demand necessitated state shareholders to fund Air Senegal. This was the elixir with which the company stood on par with aviation giants from the South-North axis such as Air France and Royal Air Maroc.

Consolidating AIBD’s position as an aviation hub
In April of 2016, Air Senegal was established with 40 billion CFA francs ($68 million) in the state capital to replace the now-defunct carrier Senegal Airlines. The new airline company was floated as part of a broader national development plan with an aim to make Blaise Diagne International Airport, located outside the capital Dakar, “a regional air transportation hub.” Already the airport is one of the largest airports in Africa, with a capacity for three million passengers per year, and eventually rising to 10 million per year.

The main assets for the construction of a hub are government support, political stability, and the seriousness that the country inspires to attract investors. Kane is quick to sum up that “Air Senegal is part of a long aviation heritage. We, therefore, have operational, maintenance, and regulatory expertise in this area. This will allow us to manage this rapid acceleration.”

Sustaining on Africa’s skyline
Amid efforts by the government to avoid a free fall, Air Senegal is expected to pull through what many aviation experts refer to as the ‘big air hole’ caused by the coronavirus virus pandemic.  Air Senegal enjoys the highest growth rates among African airlines. In attaining this status, the airline became the first in Africa to take delivery of three new A330neo aircraft to commence a new phase of growth.  According to CEO, Kane Ibrahim this “effective tool” helped the airline during the new phase of its development”.

Growing investments for new planes
In 2020, Air Senegal entered into a deal with BPI France, UK Export Finance, and Euler Hermes requesting an export credit for the acquisition of two new A330-990 NEO Airbuses. The acquisition of two units of ATR 600, one A321, two A330s, and two A319s that were leased from Carlyle Aviation has increased the number of aircraft in its fleet. The company has also placed orders for eight medium-haul A220s that were formerly the Bombardier series, for a total cost of $732 million. Though delayed for over a year now due to the pandemic, the aircraft is due for delivery at the end of 2021. They are expected to improve the company’s competitiveness through fuel savings and enhanced profitability, as well as creating new routes to Europe and West Africa.

When delays open new opportunities
While delays in concluding arrangements to commence flights to New York and Washington once caused anxious moments for the flag carrier, they have forced Air Senegal to consider regional interests that were hitherto not under focus. Repatriation flights to Libreville or Douala were inaugurated during the peak of the pandemic. These repatriation flights were carried on a bi-weekly or tri-weekly basis in line with the Open Sky Agreements in Addis Ababa.

Air Senegal is presently engaged in widening continental routes and looking for strategic partners to enhance the economic prosperity of the airline. With increased state’s capital endowment for the airline, Mr. Kane is poised at expanding the wings of Air Senegal as well as promoting its relevance in the continent’s aviation industry.

Since his appointment in April 2019, Ibrahim has been more engaged in driving operational strategies through the opening of new routes among which are Abuja, Accra, Lagos Nouakchott, and Casablanca, among others.

“Ultimately, our hub will need to open up to welcome other airlines. However, countries and organizations concerned will need a ‘controlled evolution.’ Although the opportunities are huge. challenges need to be addressed”. Regardless,” he concludes, “We remain focused on our mission. The success of Air Senegal’s development strategy will depend on human resources, finance, maintenance, training, and how we put forth our expertise and know-how.”