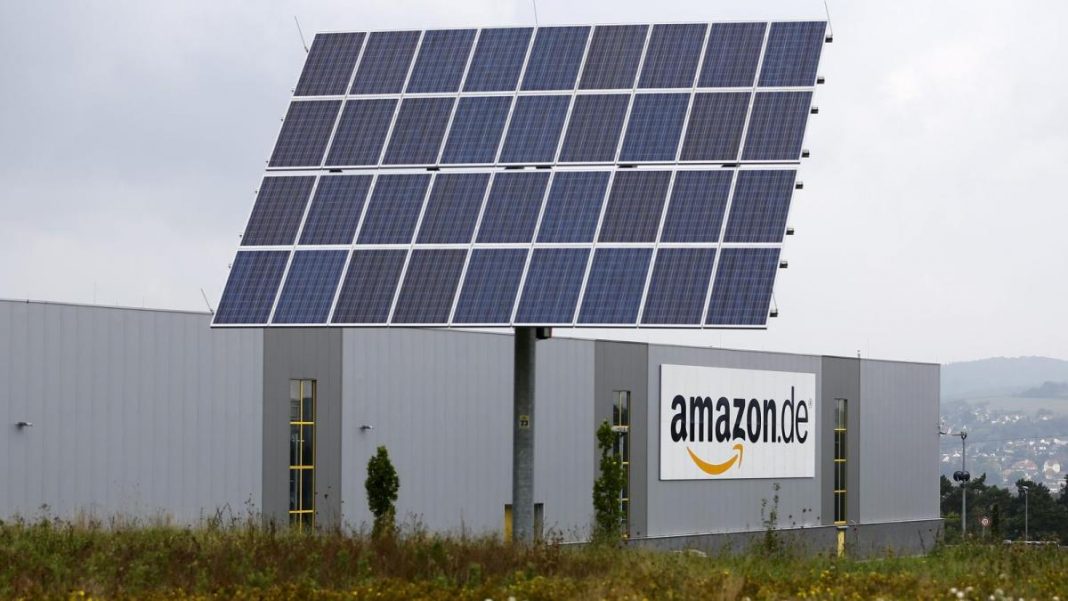 According to AWS, the project design would prevent more than 25,000 tons of carbon emissions yearly, which is the equivalent to eliminating 5,400 cars from the road for a year.

“We’re honoured to be able to work with the Department of Minerals and Energy, the National Energy Regulator of South Africa (NERSA), and Eskom to help provide a new model for renewable energy generation in South Africa,” said Nat Sahlstrom, director of AWS Energy.

This project moves Amazon closer to attaining net-zero carbon by 2040 and 100% renewable energy powering our operations, a goal we’re on track to meet five years ahead of schedule by 2025.”

SOLA, a South African company in which Patrice Motsepe’s African Rainbow Energy and Power firm owns a 40% share, announced on Friday that it had installed more than 24,000 bifacial, single-axis tracker mounted solar panels on a 20-hectare site in the Northern Cape.

The solar project will generate 28 GWh of clean energy annually, according to the developer, and will transfer electricity through Eskom’s system, which is equivalent to the annual electricity usage of over 8,000 ordinary South African residences.

The solar energy generated will be purchased by Amazon Web Services South Africa, the cloud computing arm of the American retail giant.

Based in Cape Town SOLA did not disclose the price that Amazon agreed to pay under the corporate power purchase deal, nor the rate of any wheeling costs that Eskom will levy for the use of its electricity transmission network. More than 63 percent of the solar project is owned by African-Americans.

The developer hailed the help provided by South Africa’s Department of Mineral Resources and Energy, Eskom, and the National Energy Regulator of South Africa in getting the country’s first solar wheeling project up and operating in a news release published on Friday.

According to SOLA, during the construction phase of the 10 MW solar project, 167 employment were created – 63 percent of which went to locals – and leftover wood, such as pallets and electrical cable drums, was donated to adjacent furniture manufacturers.

“It’s critical that we develop South African firms and capabilities at the same time that we build renewable energy capacity in South Africa,” says Dom Wills, CEO of SOLA Group, the South African company responsible for developing and operating the energy plant.