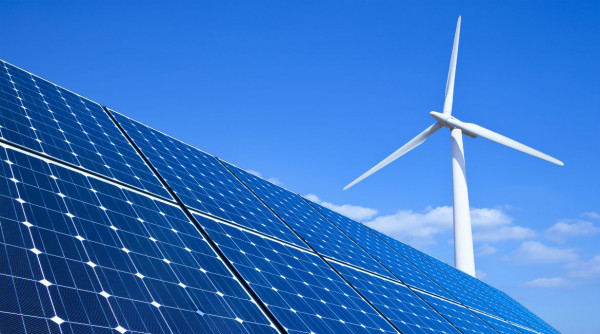 Since its launch in August of 2018, the African Energy Chamber has spearheaded a robust drive towards a better management of Africa’s energy resources. Further reiterating its commitment, the body’s commitee convened the second in a series of meetings aimed at setting an agenda that will drive capital raising for energy projects in Africa. The committee acknowledged the increased difficulty of raising capital for energy projects in a post Covid era. However, the committee unanimously agreed that African Energy projects remain extremely profitable, when tackled with the right investment structure. According to the World Economic Forum, “Africa’s urban population is expected to nearly triple by 2050, to 1.34 billion”. Consequently, there is an important need for investment in energy to cater for their needs, to facilitate the development of industry and the generation of much needed revenue and jobs.

The discussion focused on solutions to the current lack of investments. “The traditional way of investing is changing.” Said Nosizwe Nokwe-Macamo, Executive Chairman & Founder of Raise Africa Investments. “The African Energy Chamber must look to tap into non-traditional funding streams and look further afield than the usual geographical hotspots for investments.” She added.

Similarly, Rolake Akinkugbe-Filani, Chief Commercial Officer at Mixta Africa emphasized that “To begin with, we need to be able to articulate clearly what the need is for energy across the diverse African countries and what the different opportunities are. Where possible & appropriate, we must tap into local sources of funding as well as other largely unexplored sources of funding, such as pension funds. There is appetite for African infrastructure projects but we must think of encouraging innovation to meet multiple objectives. Developing infrastructure and traditional energy sources, while also furthering transition to renewable energy. The Chamber, its partners, members and wider network must connect opportunities to funding opportunities.”

Gontse Moseneke, CEO at Mahube Infrastructure reflected that “We must use this current situation to uncover where new opportunities arise. Our natural resources need to be translated into permanent capital and it takes bodies like the Chamber to be bold enough to facilitate the provision of energy needed for that. On the energy transition he said this was an opportunity for Africans to restructure, with the understanding that localisation is key.”

Finally, Folarin Lajumoke, Vice President for Africa at ION stressed that “Governments have a critical role to play in the quest to raise much needed capital to fund oil & gas projects. Recent events make for a very globally competitive landscape. In order to drive investors towards Africa, fiscal terms would need to be reviewed with a potential investor or explorer’s ROI in mind. Many fiscal terms are no longer fit for purpose in light of the emerging trend in energy transition. Funding for hydrocarbons in Africa will compete not only with similar opportunities in other continents but also with other sectors such as agriculture, technology and renewables. In a bearish market, the fiscal terms and policies in place could swing an explorer/investor from one geological basin to another. Hard-line bureaucracy on exploration is another major challenge. Exploration helps de-risk geology thereby attracting investment.

Unattractive fiscal terms, coupled with bureaucratic excesses towards exploration, are toxic for capital raise. Furthermore, African NOCs have an important role to play by becoming full-cycle energy companies that seek opportunities outside their own countries. A diversified NOC such as Qatar Petroleum or Petronas is better placed in raising capital for growth/expansion than one which isn’t. It is also politically strategic for the much-needed growth in intra-Africa trade. ”

It is with this in mind that the African Energy Chamber will call on interested investors and projects sponsors to approach the chamber and benefit from its network of partners and members to facilitate project implementation. “We will continue to build partnerships with the private sector and governments worldwide to attract critical funding to energy projects” said Samantha Raoult, Director of International relations at the chamber.

As a first step, it is imperative to identify the energy requirements across different African countries and directly approach a range of potential investors throughout the continent and worldwide to keep up with market needs. The Chamber is the voice of the sector and will continue to build bridges that brings together governments and companies in the African energy industry to find a common ground.

The year ahead is an important one, with landmark projects going ahead from Senegal to Mozambique, via Equatorial Guinea. While there is a global need for lower-carbon energy projects, it is important to put into context that combined, African countries account for just over 3% of the world’s greenhouse-gas emissions, despite being home to 14% of people. It is our core mission at the Chamber to keep fighting energy poverty and encourage the development of African resources to better the livelihood of African people. Collaboration, adapting to the changing environment, and taking advantage of local resources will be key to achieving this objective.