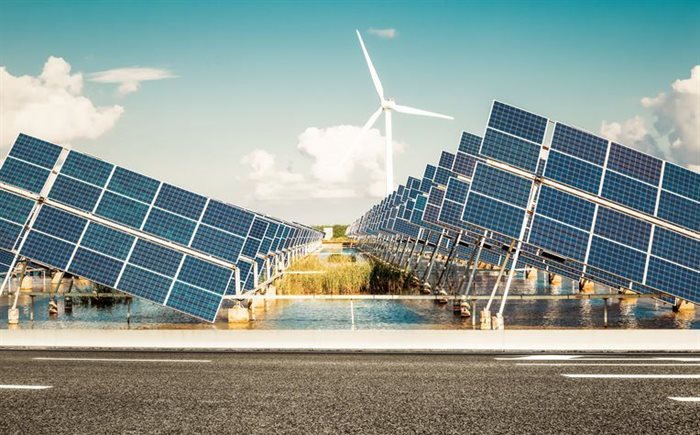 In October 2022, Africa Energy Week (AEW) and Africa Oil Week (AOW), two of the continent’s most important international energy events, will collide in Cape Town, South Africa. Both events have been at the forefront of Africa’s energy transition, but with contrasting views by way of agenda-setting.

Whilst The Africa Energy Week is lobbying support for oil and gas, and a reasoned, strategic approach to transitioning to renewable energy in Africa, the Africa Oil Week is pushing an agenda to leapfrog Africa towards a speedy transition to Green Energy.

“Concerns about catastrophic climate change are leading to rash, and sometimes irrational calls for the continent to put an abrupt end to the production and use of fossil fuels, regardless of the consequences for Africa’s energy security and economy. This clarion call has seen leaders of the continent joining global efforts to prevent climate change. But we must move forward systematically, instead of being guided by panic; and our actions must be led by an honest assessment of Africa’s capabilities, resources, and needs”.

Although the reliance on fossil fuels by some African countries has not, for example, solved energy poverty nor significantly improved socio-economic conditions in the region, Africa is even so responsible for only 3.8% of global CO2 emissions. Most of its emissions are related to land, and half of its energy-related emissions come from only a handful of countries. South Africa, Egypt, Algeria, Morocco, Libya, and Nigeria produce 84% of the continent’s power sector CO2 emissions.

With year-round sunshine and seven of the top ten sunniest countries on the continent, Africa has enormous potential for renewable energy, making zero-emissions a serious goal for the continent. However, industry players want that aim to be pursued on the continent’s own timetable – and in a way that prioritizes Africans’ needs.

African leaders, meanwhile, are pushing back against growing louder and more forceful calls for African countries to abandon their petroleum assets. They point to the critical roles that coal, oil, and gas play in their economic development, alleviating energy poverty, and ensuring long-term stability. Gwede Mantashe, South Africa’s Minister of Mineral Resources and Energy, is one of these leaders.

“It would be amiss of any one of us to ignore the geopolitical and technological environment in which the debate on climate change, and the just energy transition discourse, occurs,” Matashe, an advocate for continued natural gas production, explains.

“What had been pitted as global agreements lay hollow, as these countries keep postponing the deadlines of when they will shut down their coal mines and oil and gas industries, respectively. For the industrial economies, it is to maintain their leadership in technology, and more. For the developing economies, theirs is to catch up with the rich ones”

“to bear the brunt of the heavy (western) polluters. We are being pressured, even compelled, to move away from all forms of fossil fuels – including resources such as gas, which have been regarded as key resources for industrialization. Africa must cease the moment. We must, indeed, position Africa’s Oil and Gas at the forefront of global energy growth.”

Similarly, Nigeria’s Minister of State for Petroleum Resources, Timipre Sylva, is optimistic that, despite the hurdles, his country would make exceptional development in the oil and gas sector. Nigerian President Muhammadu Buhari signed the long-awaited Petroleum Business Bill last year, opening up new opportunities for the industry.

The bill’s passage is considered to be critical in addressing the Nigerian National Petroleum Corporation’s (NNPC) inefficiencies, which range from tardy approval for oil projects to financial constraints that limit its capacity to seek public-private partnerships.

The act will also assist safeguard the environment and the interests of host communities, facilitate economic diversification in Nigeria, and, most importantly, improve transparency in Nigeria’s petroleum resource administration.

Commenting on the development, Sylva noted that “With the Petroleum Industry Act (PIA), Nigeria has set the stage for increased investments in the sector. We now have a law that governs the sector and creates confidence in the minds of potential investors, I am confident that we will make unprecedented progress in the coming years”.

Dr. Emmanuel Ibe Kachikwu, former Nigerian Minister of State for Petroleum Resource thinks that the “African continent remains one of the most unexplored places on Earth for oil and gas deposits. Yet, between 2011 and 2020, an estimated 61 billion BOE (barrel oil equivalent) of energy resources were discovered, suggesting the continent holds even greater value beneath its surface,” he noted.

Even as he is of the opinion that renewable technologies will not be capable of carrying the main energy load required to develop and progress Africa out of poverty, he acknowledges the potential of cleaner, green energy solutions.

In her own submission, Deborah Ramalope, head of climate policy analysis at Climate Analytics posits that Africa has not been able to acquire the kind of investment it needs to enable low-carbon growth because of the current climate finance infrastructure.

For Africa, and other developing regions, the ability to build renewables-based, sustainable economies is very dependent on other countries support. The majority of the world’s least developed countries, 33 in total, are in Africa, showing the region’s development challenges.
If properly implemented, a finance agreement between South Africa and the United States, the United Kingdom, France, Germany, and the European Union announced at last year’s UN COP26 climate summit might serve as a precedent for future help to Africa and other developing countries.

Meanwhile, the vast majority of Africans are without electricity. It is nearly impossible to attract investments without energy.

The region has a significant possibility to build its businesses directly on renewable energy sources rather than relying on fossil fuels. The first approach is to include climate change into low-carbon economic growth plans and put them into action with effective legislation.

Onome Amawhe is a Senior Editor at Africa Executive