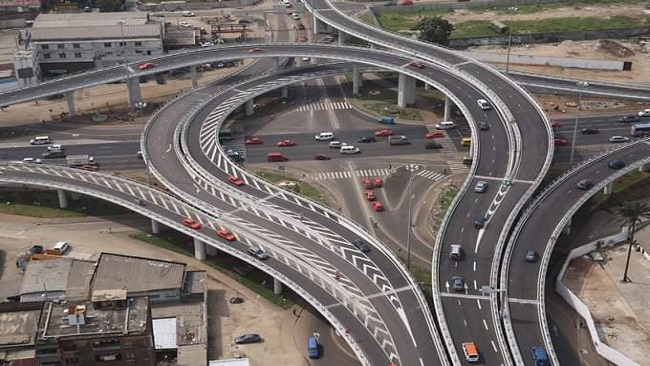 Cameroon is collaborating with the Africa Finance Corporation to build infrastructure that will help transform the economy from raw mineral exports to manufacturing, resulting in job creation, skills transfer, and increased export revenue.

The partnership will deepen integration, enable import substitution, and develop manufacturing and industrial capacity to account for 40% of GDP as part of the government’s Vision 2035 program. AFC, Africa’s leading infrastructure solutions provider, has so far committed over US$300 million to Cameroon in order to maximize the value of the country’s natural resources, which include maize, cassava, cotton, cocoa, oil and gas, and energy transition metals such as cobalt and nickel.

Cameroon Prime Minister Joseph Dion Ngute said: “We are committed to working with the AFC to quickly and sustainably build critical supporting infrastructure that will help with Cameroon’s development.”

Over the past 15 years, AFC has invested over US$10 billion, leveraging its unparalleled access to global capital markets to propel development, integrate regional economies, and change people’s lives on the African continent.

Through its ecosystem investment strategy, AFC has developed and financed projects like the Nkok Special Economic Zone, which has transformed Gabon into the world’s largest exporter of veneer wood by generating US$1 billion in annual export revenue and providing employment for more than 30,000 people. The Arise platform is investing US$150 million to implement the strategy in Benin and Togo, where it is expected to increase GDP by US$750 million and US$2 billion, respectively.

AFC has partnered with 17 additional countries in the past four years, with Angola and Tunisia joining this year. Benefits for member nations include increased investment allocation, preferred access to AFC’s structuring and lending solutions, reduced project debt costs, and the Corporation’s advisory and project development services.

The largest economy in the Central African Economic and Monetary Union (CEMAC), Cameroon’s membership extends AFC’s footprint to cover more than half of central Africa, grouping Chad, Congo-Brazzaville, the Democratic Republic of Congo, and Gabon.

President and CEO of AFC, Samalia Zubairu, said: “We are delighted to welcome Cameroon as a member of AFC. Our rapidly expanded membership is a sign of confidence in our past collaborations and demonstrates interest in partnerships and initiatives that will further drive economic development and play a critical role in enabling key infrastructure.”

Projects currently being explored by AFC and Cameroon include road modernization and maintenance to boost trade in the region, and financing of agricultural processing facilities to support the export of cotton seeds and soybeans.

In 2018, AFC made an investment in the Nachtigal Hydro Power Company, a 420MW power station that will boost Cameroon’s installed capacity by 30 percent and slash the cost of power generation. Four years earlier, the Corporation supported the modernization and expansion of Cameroon’s national refinery, Société Nationale de Raffinage (Sonara).

Cameroon’s government is looking to public-private partnerships to help build infrastructure that can create more opportunities for beneficiation and deliver real impact to its diverse population.

“Having already invested $300 million in our country, AFC has a proven track record of delivering core infrastructure,” Prime Minister Ngute said. “We look forward to building upon our existing relationship.”