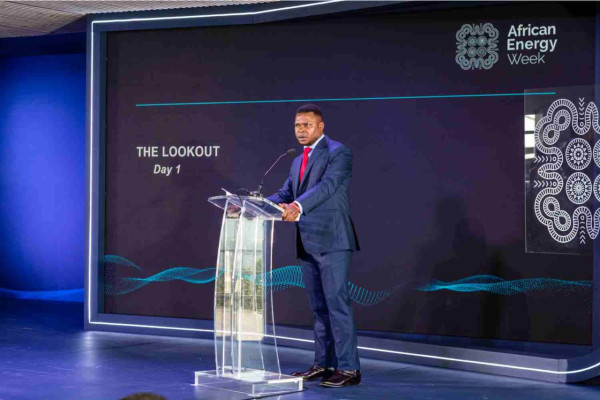 The 2022 edition of African Energy Week (AEW) (www.AECWeek.com) 2022 officially kicked off with opening messages given by a suite of high-level African energy ministers. Under the theme ‘Exploring and Investing in Africa’s Energy Future while Driving an Enabling Environment,’ the opening ceremony – sponsored by the Nigerian National Petroleum Corporation Limited – set the tone for the rest of the conference, with messages of making energy poverty history and creating an aligned message representing key themes of the opening session.

The messages from the panel emphasized that AEW 2022 could not come at a more critical time for Africa’s energy sector. With a series of large-scale developments underway, deals being signed and multi-sector projects being launched, Africa’s energy sector is on the precipice of a revolution.

“I am glad to join you on this important occasion. Energy is a necessity for the development of society, and Africa, being the least developed continent in the world today, requires more energy. The discussion of energy access and development must therefore continue. So far, Africa has been the most important continent in terms of protecting the environment, with current data showing that Africa’s emissions are less than 3% of global emissions. For this, Africa should be applauded,” stated H.E. Museveni.

However, despite the success of reducing so few emissions, Africa still faces challenges of energy poverty and inadequate financing. In line with this, Prof. Oramah emphasized the need to scale up investment in African energy, stating that, “The AEW conference serves as an important platform for African countries to collectively articulate their position to share with the rest of the world at the COP27 event. Through this forum this week, the group of oil and gas producers will come up with a common message for going forward. We must not pursue decarbonization for the graveyard. Our transition must be sensible and pragmatic. It must address the development gap and the continent’s ability to address climate change.”

Commenting on the need to improve financing, Dr. Ibrahim emphasized, “Since the traditional financiers of oil and gas projects in Africa announced their commitment to ending fossil fuel financing in Africa, we have become very worried. Our economists and financial gurus have mostly failed us and the cost of this failure is easy to face. Capital can be found in many other places, including our own so-called poor countries. It is a matter of prioritizing our expenditure. Africa must begin to take its own destiny into its own hands. We cannot leave over 125 billion barrels of oil and 620 trillion cubic feet of gas stranded.”

As such, opening speakers emphasized the need for “A plan for Africa and energy issues in Africa. We are going to COP27 and I think it should be the starting point for having an African energy action place. This is the time to have an African voice to say what we really want, think and expect for our populations by using our natural resources, mainly oil and gas,” stated H.E. Itoua.

Meanwhile, H.E. Nyusi spoke about the impact the Russia-Ukraine conflict has had on global markets, stating that, “the suffocation that Africa is facing is not due to a lack of resources. Africa is home to 850 trillion cubic feet of gas in addition to other resources which can play an important role in addressing energy poverty. It is critical to continue reforming the regulatory environment in order to attract more investment.

Finally, H.E. Mantashe delivered an opening address that centered on addressing energy poverty in Africa, stating, “It is my honor to welcome you once again to this distinguished event that aims to make energy poverty history. It is an event where we recognize that energy is a catalyst for economic development and growth. Many people talk about 600 million without access to electricity until we break that number down, then we are talking for sake of talking. Energy is more than just electricity. It is not only the connection that needs access, it is the ability to use electricity for cooking and heating and various other uses.”

With these remarks, AEW 2022 has officially begun, with an exciting deal-signing session set to follow the opening ceremony.