Home Industry Outlook Africa Maintains Its Position As The Seventh Fastest Growing Economy Out Of... 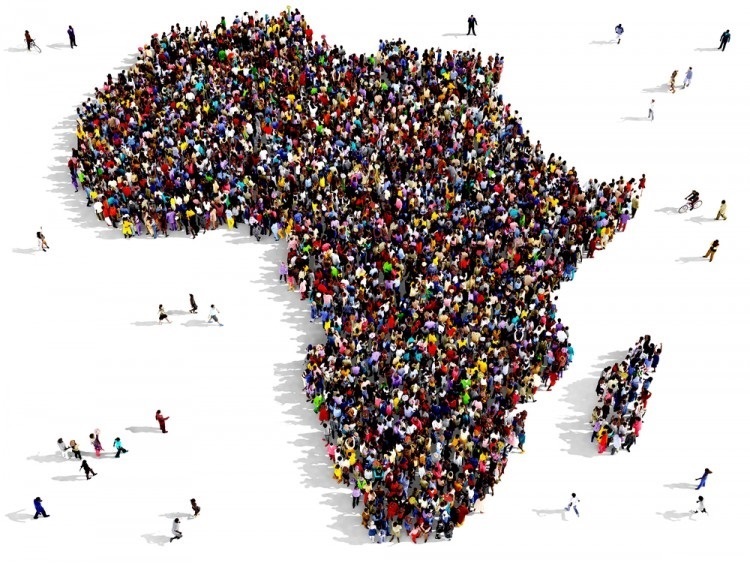 Ahunna Eziakonwa has a ready-made answer when asked about digital innovation’s potential to solve real-world problems across Africa. The U.N. assistant secretary-general and director of the U.N. Development Program points to M-Pesa, a Kenya-based mobile currency company that predates Venmo and allows people to store, receive and send money from their smartphone without having a bank account.

While Africa’s vastness and diversity allow for entrepreneurship to flourish across communities, it also presents challenges to creating universal solutions for issues such as poverty and food security, because each country has its own capacity for innovation. For instance, while Bloomberg reports that Ethiopia, Uganda, Ivory Coast, Egypt, Ghana, Rwanda and Kenya ranked in the top 10 fastest growing economies worldwide in 2020, the continent still holds some of the poorest nations in the world.

“I think one of the flaws in development practice in the past has been taking Africa almost as a country and [applying] the blueprint development template,” Eziakonwa says. “It’s very diverse – it’s 54 different countries at different stages of their development and with different contexts and dynamics. And it’s important, therefore, that any investment first tries to understand this diversity and the specific context of each country, but also the capacities and capabilities in each place, and then target your interventions based on that reality on the ground.”[

Enter the Milken-Motsepe Innovation Prize program. The program is a collaboration between the Milken Institute’s Center for Strategic Philanthropy and the Motsepe Foundation, a South Africa-based organization dedicated to tackling poverty and improving quality of life across Africa. The program’s goal is to cultivate entrepreneurship throughout the continent, marking just one of many emerging initiatives that have set its focus on Africa’s innovators and the rich potential of African economies.

The prize program gives emerging African entrepreneurs the resources and funding they need to turn their innovative ideas in agriculture and technology into real-life solutions. The initiative awards a $1 million prize to the team with the most innovative solution to increase economic value to farmers and gives $1 million in additional prizes to runner-up teams. The aim is to bring Africa closer to the U.N.’s Sustainable Development Goals of no poverty and zero hunger.

While the initiative is open to people of all ages, Emily Musil Church, the senior director at the Center for Strategic Philanthropy at the Milken Institute, says empowering young African entrepreneurs is crucial to Africa’s economic growth.

Africa holds the largest youth population of any continent in the world and by 2050, it’s expected to double in population from 1 billion to 2.4 billion, with more than half of those people being under the age of 25. African youth in sub-Saharan Africa will also make up almost all of the added working-age population by 2050, a report from the Growth and Labour Markets in Low Income Countries Program states.

“We believe that this generation in Africa, particularly the youth, are going to be leading the world for all of us,” Church says. “So we want to make sure that that future for all of us is as empowered and connected as possible.”

Along with having a robust, growing youth population to drive innovation throughout the continent, Africa’s potential for digital innovation makes the continent stand out as a hotspot for entrepreneurship.

By 2019, more than 400 tech hubs had opened across Africa. Lagos, Nairobi and Cape Town lead the continent in the tech revolution with thousands of startups having emerged in these cities, along with co-working spaces, technology parks, and incubators, accelerators and innovation hubs.

However, while Africa’s potential for entrepreneurship bodes well for its economic growth, challenges in cultivating innovation still persist.

Although Africa’s large youth population makes the continent a rich place for innovation, young people also make up 60% of Africa’s unemployed population, according to the World Bank. The young people that are employed are typically part of Africa’s “informal economy,” meaning that they earn money through jobs that do not fall under the regulated economy and tax system. A 2018 report from the International Labour Organization indicates that 94.9% of Africans between the ages of 15 and 24 work in the informal economy, peaking at 97.9% in West Africa.

Eziakonwa says there should be a greater effort to integrate those in the informal economy into the mainstream economy in order to better protect entrepreneurs and stimulate the economy.

“A lot of businesses are in that informal sector and they need to bring them into the main economy – it is something that we are learning that is key to the survival of those businesses,” she says, adding that security can be difficult to obtain for those businesses when cross-border activity is factored in.

“And there’s a lot of cross border work entrepreneurship going on,” adds Eziakonwa. “It is a hotbed for entrepreneurship, the borders, yet there is very little formal protection for those entrepreneurial activities. If you created a more enabling environment for these entrepreneurs, then I think the sky’s the limit in terms of contribution to the national economy.”