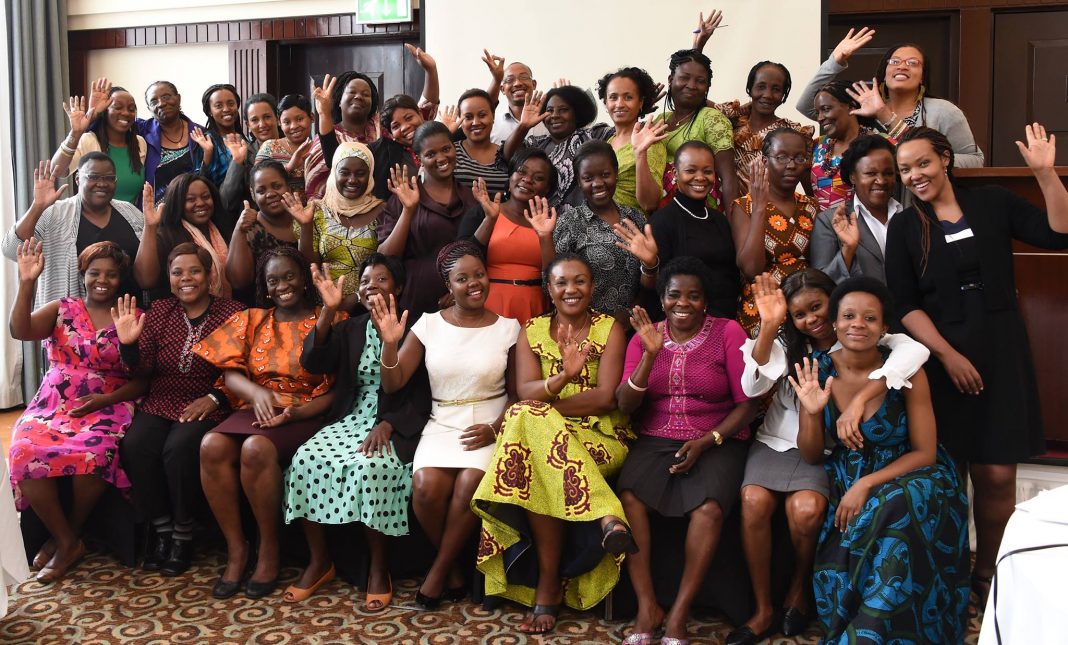 A $60m African Women Impact Fund has been launched by The Global Africa Business Initiative at the ongoing United Nations General Assembly in New York City.

The is a collaborative effort of The Economic Commission for Africa (ECA) and Standard Bank Group, with the support of the Arab Bank for Economic Development in Africa (BADEA), the Motor Industry Retirement Funds (MIRF) and Copartes Pension Fund, and the African Union Commission (AUC).

All over the world, people suffer because of ingrained biases based on race and gender. This is especially true in the financial services industry, where biases prevent women from starting businesses, being promoted to executive positions, and gaining independence as fund managers. Less than 1.3% of the $69.1 trillion in financial assets worldwide are handled by women and people of color. Even though women make up half of the world’s population, they receive only 7% of private equity and venture capital funding in emerging markets.

By empowering and promoting women-owned and women-led funds on the African continent, the AWIF Initiative aims to overcome systemic barriers and investor biases in the asset management industry.

The AWIF was founded by the African Union Commission (AUC), the United Nations Women (UN Women), and the African Union Commission’s Special Envoy on Women, Peace, and Security (Office of the Special Envoy on Women, Peace, and Security). Established with the help of the Standard Bank Group as lead sponsor, MiDA Advisors as a key strategic advisor, and RisCura as an investment manager and provider of manager development and support services.

The Initiative aims to do two things: increase the number of women in positions of power in the financial sector in Africa and increase the commercial impact of the continent’s investment climate. This groundbreaking initiative is poised to enable economic stimulus through sustainable and gender-inclusive capital growth opportunities, with a bold goal of raising up to $1 billion over 10 years for women fund managers who will then invest in high-impact sectors and projects across Africa.

When it comes to business, the Standard Bank Group recognizes that gender parity is not only a moral obligation but also a human right. A vision to increase Africa’s financial output cannot be realized without women’s economic empowerment,” says Lindeka Dzedze, Global Markets Head: Strategic Partnerships at Standard Bank and Chairperson of the AWIF Executive Committee. Given this reality, Standard Bank has expressed its backing for the AWIF Initiative, which aims to “increase the visibility of established women-owned and women-managed funds that invest in listed and private markets and short-term private debt.”

The Standard Bank Group demonstrated its dedication to the AWIF Initiative by announcing $60 million in funding to help it achieve its long-term goals at today’s Global Africa Business Initiative.

We believe that investing with women-led asset managers supports empowerment for women in all sectors of society,” says Malcolm Fair, CEO of RisCura. Our team is eager to manage the investments of the African Women Impact Fund and carry on the emancipation process begun by the fund’s inception 20 years ago by supporting diverse and start-up investment managers across Africa.

When referring to the AWIF Initiative, he says, “The commitment by African institutions helps us attract potential global institutional investors on the next fundraising drive.”

Initially, the Initiative has received a $60 million commitment, with BADEA contributing $15 million and the Motor Industry Retirement Funds (MIRF) and the Copartes Pension Fund in South Africa each contributing $45 million. Under the AWIF Initiative, MIRF and Copartes have committed to bringing $45 million in assets recently allocated to developing start-up women fund managers in South Africa.

With our initial commitment of $45m to the AWIF Initiative, we hope to demonstrate that institutions on the African continent believe in and support this Initiative and its objectives,” says Adam Essat, Principal Officer of MIRF and Copartes. We call on international financiers to join us in bolstering Africa’s vibrant and unstoppable future by investing in its diversity, development, and empowerment.

Existing female business owners and fund managers in Africa will receive funding from these vehicles. “I believe this fund will accelerate fundraising and capital allocation by female fund managers on a transformative level,” says Dr. Sidi Ould TAH, director general of BADEA. Together, we can build a long-term, scalable investment environment that propels inclusive growth for all people in Africa through risk-taking efforts like these.

In addition, it will allow the AWIF Initiative to make substantial progress toward achieving SDGs 5 and 8, which focus on advancing gender equality, decent work, and economic growth, as well as the AU Agenda 2063.

The primary goal of the AWIF is to close the gender gap in financial capability. Since SDG 1 of the SDGs is to eliminate extreme poverty, this fund helps get us one step closer to that goal. Promoting the next generation of successful African women fund managers is a surefire way to increase the proportion of female-led investment vehicles. “This will help close the current gender gap in labor markets, promote the emergence of women fund managers and entrepreneurs, address identified barriers to attracting capital in a sustainable manner, and boost economic output, job creation, and women’s economic empowerment and prosperity,” said Antonio Pedro, acting Executive Secretary, ECA.

Africa is the most important driver of global business because of its $2.5 trillion market opportunity. Many talented female asset managers across Africa will be attracted and empowered by the announcement of the first allocation of funds to the AWIF Initiative, which will set a precedent for a gender-inclusive asset management approach in the future.

According to MiDA Advisors’ CEO Aymeric Saha: “MiDA Advisors was honored to play a role in the creation of AWIF by facilitating the connection between all three key players in the Initiative, ECA, the Standard Bank Group, and RisCura. We believe that empowering women economically through the financial sector is not only essential for the continent’s continued economic growth but also entirely possible with the right partnerships and programming. We’re excited to see where these chosen fund managers go from here, and the positive impact they’ll have in their home markets.