Home Culture Will the colonized ever speak? 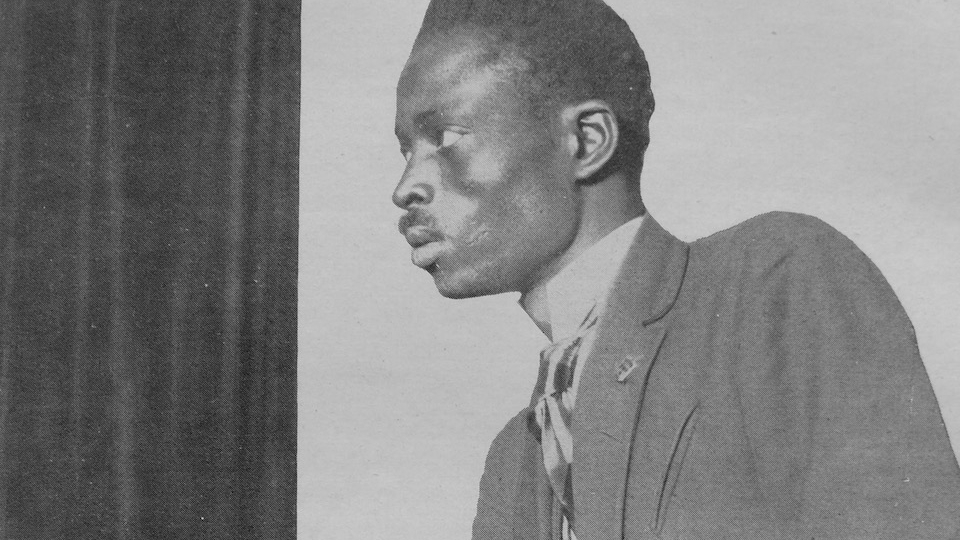 … The subaltern cannot speak because subalterns, to the extent that they are in a subaltern position, cannot speak. Yet those who pretend to listen to them really speak on their behalf.Gayatri Spivak

The 162 minute documentary, Décolonisation, broadcast on (French-German channel) Arte this past January 7th, was hailed by critics as a “landmark series” to kick off the year. It is the creative effort of directorial duo, Karim Miské and Marc Ball, in collaboration with the historian Pierre Singaravélou. Divided into three acts, Décolonisations follows a chronological arch that spans from 1857-2013. (The first installment, entitled “Learning,” covered the period 1857-1925 in which the first figures of the decolonial struggle began to appear. The second, “Liberation,” focuses on the years 1926-1954, the wars of independence. The third, “The world is ours” (1958-2013), evokes post colonial times.) Framed by its creators as film that showcases the perspective of the colonized, Décolonisations is actually a collage of images and biographies whose meaning the uninitiated greater public is likely to find overwhelming, if they can even manage to remember the name. Though it means to situate itself within the theoretical framework of subaltern studies, the documentary nevertheless fails to make the voices of the historically marginalized heard. In fact, the filmmakers superimpose their own voices and prove incapable of avoiding the very Eurocentrism they attempted to avoid.

Aproject that took several years to complete, Décolonisations is an ambitious film. At first glance, the way it unfolds like a medley of images and animations driven by a multi-genre soundtrack—ranging from rock to so-called world music by way of Afropop is especially striking. These creative tropes betray a desire to appeal to a broad audience, especially a younger crowd.

However, some choices can be jarring: the film juxtaposes archival images and animation without identifying the former as such, thus triviliazing their impact. Indeed, despite their claim of having analyzed miles of archival records, the filmmakers provide no precise information about the documents they consulted in making the film. They say nothing of the stories that might have helped better identify the heroes, heroines, and places evoked throughout. For more background on the film’s sources, audiences will have to wait until March 5th, when the supplemental publication marking the end of the project will be released at a cost of 29.90 Euros.

Unlike conventional documentaries wherein sequences are often placed between interviews of experts, the filmmakers in this project opted for a fluid approach. To make this work, the film features continuous voice over narration accompanied by a blend of archival footage and animation supported by a pulsating soundtrack. Rather than enhance the viewing experience, this approach can be confusing and overwhelming for the viewer, who has to move from one historical event to another, one territory to the next without transition. As a result the struggles portrayed seem piecemeal, and without proper context, the viewer is left with more questions than answers.

In each of its episodes, Décolonisations delivers images of humiliated, maimed and brutalized bodies of the colonized. In this it necessarily evokes the discussion about the violence of images generated recently by Sexe, Race & Colonies (Editions La Découverte, 2018). While we can agree that these photographs and footage are tangible evidence of the cruelty and ferocity of colonization, it makes no sense to reproduce this violence by exhibiting them at will. Otherwise, it is nothing short of voyeurism. There are ways of addressing violence without perpetrating it, for example through reading texts or through animation, which the film otherwise uses efficiently. Had this been done, the film could have been shown in middle and high schools—but it cannot in its current form.

In press conferences, the filmmakers have insisted their film adopts the point of view of the colonized. Like Ranajit Guha and his followers, their work relies on the archives of the colonial authorities, sources generally generous with comments on the subaltern. Yet, as Gayatri Spivak has noted, while this method of historical query is legitimate and justified, it tends to speak for the subaltern rather than allowing subaltern voices to be heard. The filmmakers’ decision to use voice-over narration illustrates this issue. The three filmmakers co-wrote the monologue read by actor Redad Kateb (grand-nephew of Algerian writer Kateb Yacine), which by using the collective pronouns “us” and “we” claims to embody the voice of the colonized. In Episode 1 he recites:

In cartoons, there is always that moment when a character speeds past the edge of a cliff. Unless they look below, they usually don’t fall. Same with the colonizer. He thinks he’s conquered us with his cruelty, his love and his civilization. He thinks he’s instilled fear in us and that he will always be able to defeat us. In search of his image, he looks at us without seeing us. Meanwhile, under his nose, tenaciously and methodically, we are working for his downfall. And if we have to die in the process, then so be it, others will continue the struggle.

Yet this narrative is not a compendium of sources produced by the subaltern, but indeed a literary text written by the filmmakers. It is likely they opted for this approach to compensate for lack of documentation—notably oral—from the colonized themselves. Still, in so doing the filmmakers end up, perhaps against their will, taking the place of the subaltern and attributing their own view of history to the colonized. This view is of course situated; it emanates from three French intellectuals, who have familial and/or professional connections to certain regions in Africa and Asia. Their outlook is legitimate and relevant, but it could have been made explicit. That said, they cannot claim the monologue represents the voice of the colonized.

A global history of decolonization?

As the filmmakers themselves readily admit, they speak first and foremost from France. This is evident in the film’s periodicization and its choice of individual trajectories: Anténor Firmin, the tirailleurs sénégalais, Lamine Senghor, Ho Chi Minh, and Frantz Fanon. To the film’s francophone angle we can add its focus on Belgian colonial history, especially in the Congo. To avoid confining themselves within French speaking world, the filmmakers also include two territories of the British colonial Empire, Kenya and India, which also provide all of the female trajectories featured by the filmmakers: Mary Nyanjiru, Alice Seeley Harris, Sarojini Naidu, Wambui Waiyaki, and Indira Gandhi.

However, one wonders why the Americas and the Iberian colonial empires are excluded in a film that claims to be addressing a global phenomenon. Miské, one of the filmmakers, explained this decision in an interview by claiming that “American independences were led by the descendants of colonizers.” He forgets that the first decolonial revolution led by the subaltern took place in Haiti, and that similar uprisings occurred in Martinique and Guadeloupe. They also seem to forget that thousands of Blacks and indigenous people began fighting for their freedom alongside white creoles as early as the sixteenth century. The filmmakers’ position about this history is all the more surprising that the first episode opens with this sentence: “Decolonization began on the first day of colonization.” One immediately thinks of October 12th, 1492, yet the omission of this significant part of the colonial history confirms the film’s Franco-centric angle, which is perhaps a result of their relative lack of familiarity with the history of the Americas.

Given these lapses, it is difficult to claim Décolonisations as a work in the global history of decolonization. Born in the US in the second half of the twentieth century, this historiographic school attempts to engage historical events removed from nationalistic and Eurocentric framings. Décolonisations does not meet that criteria; its editing conceit separates the struggles, thereby disconnecting them from each other. Younger audiences might not retain anything substantial about this history due to the lack of proper contextualization.

In fact, the film suffers from the lack of a clear thesis around colonization and its meaning. They never define it as political system meant to exploit the people and territories conquered by Europeans for their benefit and wealth. Instead, it leaves viewers with the impression that colonization was the deed of a few bad individuals, most of them anonymous: “So we stay quiet and study these strange people who think that technology makes right. And then one day, the colonizer’s power no longer affect us.” (Episode 1). The same goes with racism, which the filmmakers treat as a phenomenon perpetrated by bloodthirsty extremists like Leopold II, Menguele or members of the British National Front.

In conclusion, it is difficult to know the intended audience of this film, which had significant financial support and media coverage. Unfortunately, it plays like a ploy to entertain and impress its audience rather than address the stakes in the ongoing conversation about decolonization. While one would expect this from a TV series seeking to recoup its cost, Décolonisations will leave audiences interested in this history frustrated and unfulfilled.