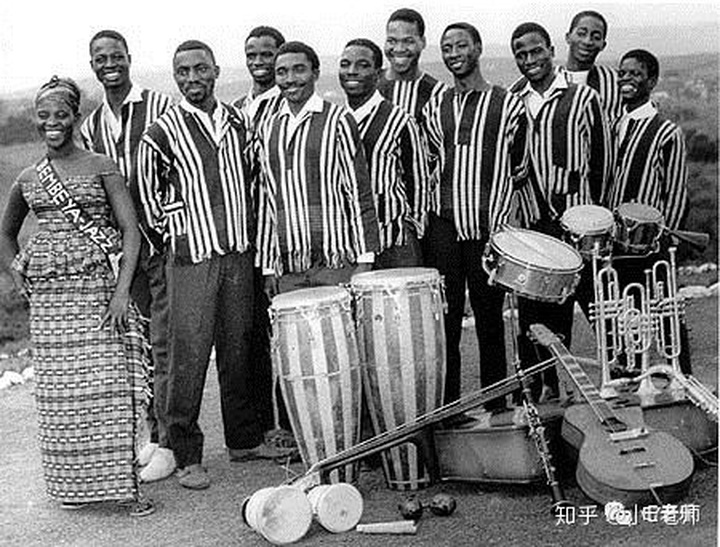 El Hadj Sidiki Diabaté found himself facing a daunting task in the winter of 1958. Sékou Touré, leader and hero of the newly formed country of Guinea, had asked Diabaté to unite the country through music.

The months before had been tumultuous. Guineans voted for independence in the fall, leaving behind the French West African colonies. As the first colony to depart, they had no idea what to expect, and the French, in a rather vindictive move, tried to sabotage Touré’s government by taking sewer and electrical plans and the national radio station’s equipment with them, leaving the country short on resources. Touré took the vindictiveness in stride: Better to be free and starving than enslaved and well-fed, he reckoned. Plus, he had a plan for bringing Guineans together and celebrating pan-Africanism.

Touré needed to create national unity. To do so, he saw no better way than by celebrating the past and telling the history of Guinea, so he called upon Sidiki Diabaté, known nationwide for having formed Philharmonie Jazz decades before, which featured European-style tangos, waltzes and polkas. Diabaté could read music; play guitar, banjo and mandolin; and his surname signaled that he was from a class of musician-storytellers of the Mande people. He was descended from a long line of griots, or native storytellers and musicians. Griots sing stories about history, play the kora (a 20-stringed, gourd-shaped harp), the balaphone (a xylophone with resonating gourds) or drums, and they served Malian kings, as well as chiefs under colonialism.

On Jan. 15, 1959, Diabaté assembled the first Guinean national orchestra, the Syli National Orchestra. The  government gave participating musicians instruments, a salary and opportunities to perform nationwide in festivals celebrating Guinean culture. Diabaté invited his sons, Kerfala “Papa” Diabaté and Sekou “Docteur” Diabaté, to join the Syli. Papa had been studying at the music conservatory in Dakar, Senegal, playing with a group called Guinea Jazz. “Traditional players didn’t have a concept of scales, chords, harmony, or key — the fundamentals of Western music,” says Eric Charry, author of Mande Music, but at the conservatory Papa learned these concepts.

When he played, Papa’s fingers moved up and down the fingerboard in scales based on note combinations not common in the Mande tradition, while retaining the traditional polyrhythms that were more common on the balaphone. “The guitar was seen as modern and Western, but malleable,” says Charry, and it could be incorporated into traditional music across Africa. Docteur learned scales and chords from his brother; together, they combined the old and new traditions. Musicians in the national orchestras were encouraged to create new compositions with the polyrhythms and old melodies, incorporating traditional Guinean music into the dance-orchestra vibe, with brass instrumentation and Afro-Cuban beat influences.

By taking the elite art form that was griot music and combining it with Western instrumentation, they created a “blend that was nationalistic, but also artistic,” says Heather Maxwell, producer and host of Music Time in Africa. “They were the groundbreakers,” she adds, noting how the musicians built the tradition, instilling it in the people’s consciousness.

Soon the Syli National Orchestra grew too large, and split into two smaller entities — Balla et Ses Balladins and Keletigui et Ses Tambourinis. In addition to these national groups, regional bands were also formed. Orchestre de Beyla was one of them; it later became a national band and gained international fame as the Bembeya Jazz National. Its lead guitarist, Sékou “Bembeya” Diabaté, a cousin of Papa and Docteur’s, had received his first modern music lessons from Papa. He recorded albums under the Syliphone label, also run by the government, and traveled around West Africa and Cuba, winning awards and international acclaim.

As more West African countries declared their independence from France, the national orchestras of Guinea became a model for the dignified promotion of culture, and the unity of new nations that spanned ethnic groups and languages. Musicians became ambassadors of new, free West African countries. Bembeya Jazz and Horoya Band — two of the most well-known Guinean orchestras in the 1970s — missed the world music explosion in the 1980s, but they had inspired a new generation of West African musicians like Guinean-born Mory Kanté, Salif Keita and Ali Farka Touré — Malians who became synonymous with the 1980s international music scene.

The history of the Syli and these early bands lives on in Guinea and West Africa. “[They] are really the standard for musicians today — especially orchestras — who look to nationalism and identity in a dignified, but not necessarily political way,” says Maxwell.

Kristina Gaddy is an award-winning writer and historian and the author of Flowers in the Gutter.