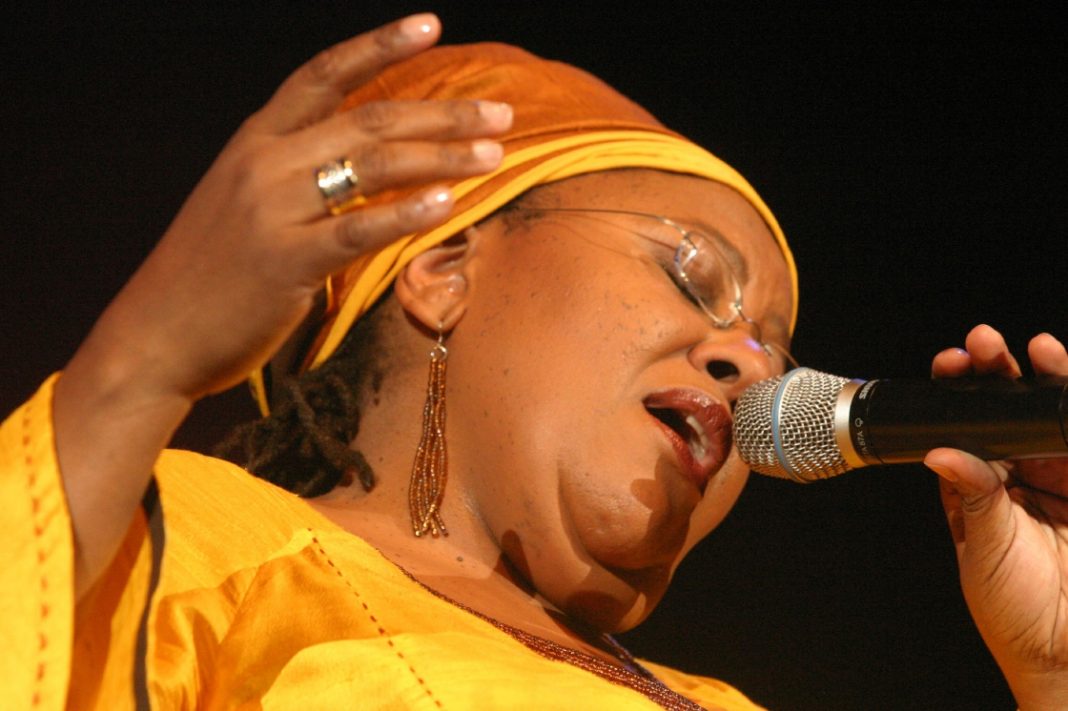 When icons pass on, the default is to memorialise them based on the merits of what they did, as opposed to the gift of who they were as human beings.

In an unconscious assumption that their work defined who they were, their greatness is measured more by the prestige of their accomplishments and public status and less on how their very existence touched the lives of those around them.

While this may be appropriate and to an extent necessary, I believe that the death of a person augments the scope of memory. Its sting of finality provides an opportunity for deeper reflection where the central focus should become an individual’s character: who they really were in relation to their immediate community.

In this article, I attempt to illustrate the impact Mam’ Sibongile Khumalo had not only on me, but the South African art community at large. She was our matriarch and I affectionately called her “Mother”. My close relationship with her places me in a unique position to reflect on who she was, off the stage.

All About The Collective
We both were singers but we seldom spoke about music and we certainly never shared tips on vocal technique or repertoire and such. Everything I needed to learn from her craft was embedded in her records, which I studied diligently throughout my early scholarly and professional years.

Ours was a relationship anchored in what I’ve come to identify as “personhood”. Nigerian poet and scholar of African philosophy, Ifeanyi Menkiti, encapsulates this sentiment beautifully:

As far as African societies are concerned, personhood is something at which individuals could fail, at which they could be competent or ineffective, better or worse.

Hence, the African emphasised the rituals of incorporation and the overarching necessity of learning the social rules by which the community lives, so that what was initially biologically given can come to attain social self-hood, i.e., become a person with all the inbuilt excellencies implied by the term.

This is the prism through which I choose to memorialise Sibongile Khumalo. Her legacy defied the universally adopted Western interpretation of personhood characterised by individuality. She was all about the collective.

A Gift Beyond Music
Sibongile was the embodiment of African personhood. She always possessed an awareness of those around her. She had a ritualistic approach to everything she did, steeped in traditional practices and ancestry. Hers was a gift beyond music.

One of the traits that stood out the most for me was how she could create an environment where we as young artists could gather in her presence and, in that moment, feel like siblings. Whether at jazz festivals or industry events, we’d congregate around her in the common pursuit of absorbing her wisdom. Who could possibly forget her boisterous laughter that echoed through every room she occupied?
She was the glue that bound us together as artists navigating the volatile terrain of the music industry.

A staunch disciplinarian, Mam’ Sibongile would correct you without diminishing you. Her reprimand was an act of love. I always walked away from her feeling heard and seen. I remember a rehearsal in 2014 with her, Gloria Bosman and Mimi Mtshali for a concert to celebrate the legacy of her parents, Khabi and Grace Mngoma. Let’s just say my intonation left much to be desired. She rendered me a look that tacitly implied, “You have work to do.” And rightfully so. I buried myself in practising so that I could arrive vocally fitter at the next rehearsal.

She had a way of allaying insecurities which often plague vocalists to the point of performance paralysis, especially in front of an audience of peers. She understood these dynamics and treated them with such sensitivity that one had no choice but to surrender to her teachings. As the saying goes, “When the student is ready, the teacher appears.”

Conviction and Transformation
Sibongile was passionate and serious about the development of young black women beyond the parameters of the stage.

She recognised the contemporary value that young voices can contribute to spaces of influence in the broader arts community. As such, I had the privilege of serving with her on the Southern African Music Rights Organisation Foundation board. I was the youngest member, inducted at 32. Two years into my four-year term, Sibongile nominated me for vice chair of the board. In that moment, I knew from the look on her face that declining the nomination was not an option. I held the position for the remaining two years.

Sibongile would speak at length about the slow progress of transformation in academia and in the music industry. Never one to shy away from difficult conversations, she spoke her mind, inhabiting an undisturbed conviction on matters close to her heart – and people listened. Naturally, there were issues in the industry that brought her great discomfort, but never once did she relinquish her dignity and bright smile.

Human Dignity
We had some of our richest conversations in the most obscure places, like parking lots, dressing rooms, and my favorite space, the basement of her home on a couch next to her black grand piano. Most of the time, I would do the talking and she would sit and listen, not to respond but simply to offer an ear which was more generous and valuable than any form of advice. She always knew that at the end of my venting, I would arrive at my own solution.

As a jazz musician, I understand why Sibongile was so adept in this musical idiom. Jazz in an African context represents the collective voices of freedom, unity, and emancipation. It is not a ‘one-man music’ but rather an art form premised on communal synergies, driven by a desire to express identity, cohesion, human dignity, and respect. It is my fervent belief that it was her personhood that sat at the belly of her artistry.
She was not by any means bigger than her craft, she was more than it. She was indisputably good at what she did but, more importantly, she was good.

Nomfundo Xaluva is a Lecturer at the South African College of Music, University of Cape Town