Home Culture Review: Bob Marley And The Wailers At The Apollo Theater 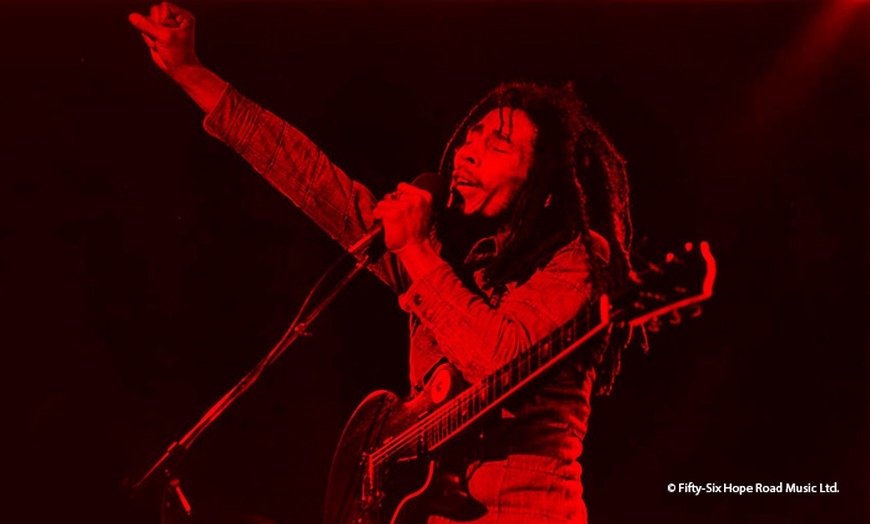 Over four days in late October 1979, Bob Marley and The Wailers performed seven shows at the legendary Apollo Theater, marking the first-ever reggae performances at the recently reopened Harlem venue. The shows, beginning on October 25 and ending on October 28, would add to the rich history of the Apollo and connect Marley with the one-time home of fellow Jamaican, Marcus Garvey.

The shows at the Apollo were the third stop on his Survival tour, which had kicked off on October 21 in Boston at Harvard Stadium with Stevie Wonder. A day later, Marley and The Wailers would perform at Madison Square Garden in New York.

Performing in Harlem was designed to broaden his reach to a demographic that had not yet tuned into his music, Black Americans. Dennis Thompson, one of four audio engineers and sound technicians working with Marley on these shows told the Jamaica Observer.

The album Survival still stands as one of Marley’s most politically charged albums, featuring anthems “Africa Unite” and “Zimbabwe,” the latter celebrating the fall of the white supremacist regime in Rhodesia.

A mixed audience of African Americans, West Indians, and whites was reported by Clinton Lindsay, a Jamaican student at the New York Institute of Technology. In covering the shows for college newspaper, Scope, he noted

Part of the reason Marley sought to perform in Harlem was due to the connection of Marcus Garvey to the neighborhood. Garvey was a Jamaican-born writer and speaker in the early 20th century who encouraged the Pan-African movementa, emphasizing unity between African-Americans and their ancestral lands.

Garvey would inspire Rastafarians advocating for Pan-Africanism. Marley would perform at the Apollo with three backdrops: one of the Ethiopian flag, one of Ethiopian emperor Haile Selassie I, revered by Rastafarians, and one of Garvey, Selassie, and guerilla fighters.

Opening the shows was Betty Wright, known for “Clean up Woman” and “Tonight is the Night,” singing with a range from disco to soul. The New York Times said of the run of shows:

The theme of Bob Marley’s four-evening stint (Thursday through tomorrow) at Harlem’s newly reopened Apollo Theater is “black survival,” and Mr. Marley’s own survival has been a subject of concern lately. Although he seems to have recovered fully from a shooting incident a couple of years ago in politically turbulent Ja- maica, his reggae nas soundness Ratner pallid on recent albums and his opening‐night performance on Thursday was his first New York City appearance in nearly a year and a half

While the Times felt that Marley was less energetic, he had begun to use his presence on stage to preach and inspire, with impassioned vocals and an audience that quickly warmed up and threw their energy back at the stage. These historic performances would be among Marley’s last shows in New York, returning the next September to open for The Commodores at Madison Square Garden in September 1980; it would be one of Marley’s last performances.

On September 21, 1980, Marley would collapse while jogging in Central Park, likely due to malignant melanoma cancer he was diagnosed with three years prior. He would perform one more time, at the Stanley Theater in Pittsburgh, before losing his battle with cancer at age 36.

Setlist – Bob Marley and The Wailer at The Apollo Theater, October 25, 1979

Natural Mystic, Them Belly Full (But We Hungry), I Shot the Sheriff, Concrete Jungle, Ambush in the Night, Ride Natty Ride, Running Away, Crazy Baldhead, Wake Up and Live, One Drop, No Woman, No Cry, Jamming, So Much Trouble in the World, Zimbabwe, Africa Unite, War, No More Trouble.

Setlist – Bob Marley and The Wailer at The Apollo Theater, October 28, 1979

Positive Vibration, Wake Up & Live, The Heathen, One Drop, I Shot The Sheriff, Runnin Away, Crazy Baldhead, Zimbabwe, War, No More Trouble, Exodus

Encore: No Woman No Cry, Jammin

Pete Mason is a teacher and writer living outside Albany, NY.