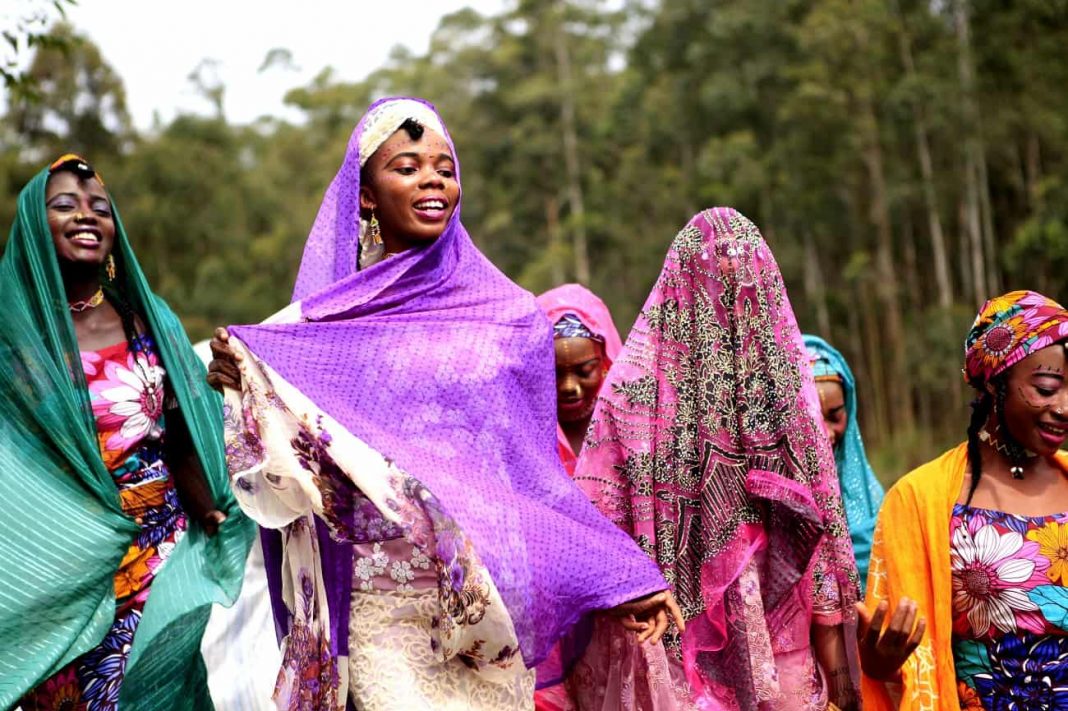 In 2019, Nigeria’s selection for the Best International Feature Film category at the Oscars, Lionheart, was disqualified mid-campaign because it was made predominantly in English.

This year, the selection committee submitted The Milkmaid, a beautifully shot, predominantly Hausa language thriller that follows two sisters who are thrust from their idyllic existence when insurgents attack their village. Critics call it the finest Nigerian film in years.

There’s just one problem. The Nigerian National Film and Video Censors Board isn’t a fan.

After weeks of testy negotiations, the government board approved a toned-down version of The Milkmaid for public screenings that removed about 24 minutes of footage from the director’s original cut, scrubbing any references to religion or hints toward Islam being an enabler of extremism.

This means that the approved version is stripped of some of the film’s most powerful scenes. In one of those scenes, a character says supplications with his prayer bead while burying the dead. The (dubious) objection from the board was that an insurgent would be unlikely to make use of the bead when praying. Also, a scene that shows a female character expressing sexual desire was heavily frowned upon.

In a January interview speaking more broadly about the board’s role, Alonge Oyadiran, director of the board’s film censorship and classification unit, warned: “Anything that can cause an uproar should not be ventured into because we know where we are as a society.”

“Some of it didn’t make sense,” says Desmond Ovbiagele, 48, director, writer and producer of The Milkmaid. “We had to remove everything — costume, language, dialogue that was an authentic depiction of a particular religion, even though there is nothing in the film that states that the religion was directly responsible for violence.” The film’s original version was sent to the Oscars, but only the censored version can be screened in Nigeria. The film has also been released in Cameroon and Zimbabwe.

The Milkmaid was inspired by the iconic photo of two Fulani milkmaids on the back of the Nigerian 10 Naira note. Ovbiagele imagined them as players in the protracted Boko Haram war that has decimated Nigeria’s northeast and claimed the lives of more than 37,000 people.

Seun Sowemimo, a U.S.-based bariatric surgeon and childhood friend of Ovbiagele, served as executive producer on The Milkmaid. “I challenged Desmond after I saw Black Panther, because I felt like African stories should be told by Africans,” Sowemimo says. “He, in turn, challenged me to come up with the funds.”

Ovbiagele studied thousands of pages of news articles and agency reports, and he spoke with people who had escaped the violence to better understand their world. “The survivors could narrate the most horrific experiences in a very dispassionate manner. They could reveal almost casually how loved ones were slaughtered in front of them without breaking down,” he says.

This observation influenced the unsentimental tone that The Milkmaid adopts, which is at odds with the melodrama often favored by Nollywood filmmakers.

To open up the film to wider audiences across the continent, Ovbiagele deliberately avoided any specificities with regard to the film’s rural setting. The characters speak Hausa, Fulani, and Arabic and could be in Nigeria, Mali or Burkina Faso, where Boko Haram has made headway of late.

Ovbiagele also took considerable care to build his cast and crew with people local to these regions; they provided both authenticity and technical support to get the details right.

All of these measures were important, considering Nigeria’s peculiar population and social dynamics. About half of the country’s 200 million population are Muslim and located in the deeply conservative northern region, which often clashes with the more liberal and Christian south. Recently, Rahama Sadau, a famous Muslim actress, was bullied online and invited for police questioning after she posted revealing photos of — gasp! — her back, which offended conservative Muslims.

There is a history of state censorship in the arts as well. In January, the censor’s board temporarily recalled Nigeria’s No. 1 film, the romantic comedy Sugar Rush, for an unflattering depiction of government officials. In 2014, the theatrical opening of Half of a Yellow Sun, a fictionalized treatment of the Biafran War, was delayed over fears that some scenes would incite violence.

The Milkmaid is Ovbiagele’s sophomore effort. He made his debut in 2014 with the action thriller Render to Caesar after leaving behind a high-profile 16-year career in investment banking. Even though banking was rewarding, he wanted to flex his creative muscles. “I always felt like I needed to express myself in a different way but I wasn’t quite sure how.” It is this outsider status or perhaps a certain strain of arrogance that explains his insistence on pushing forward with the project where others may have balked.

Sowemimo sees it differently. “Desmond is a quiet, reserved and thoughtful person. And for the film industry, where part of the skill set is making a lot of noise and PR, this can be some sort of weakness.”

Born in Lagos to a middle-class family, Ovbiagele was a nerdy kid, reading everything he could lay his hands on. His mother, Helen, was a teacher, journalist and novelist, who found acclaim for feminist works like Evbu My Love, published as part of Macmillan’s iconic Pacesetter series.

His father worked as a journalist and was stationed in London briefly. Ovbiagele studied business administration at the University of Lagos and earned an MBA from Imperial College London. Despite his literary bona fides, Ovbiagele didn’t do any writing until he’d left banking.

After The Milkmaid’s Oscars-qualifying limited-release run, Ovbiagele says the plan is to place it back on the shelf until a distribution platform — preferably a streaming service — allows the film to be seen in its original iteration.

The experience hasn’t left him discouraged, though. Ovbiagele remains committed to making films and is excited by the stories of complex historical figures. “I was alarmed for the prospects of our film obviously, but also for filmmaking generally,” he says of the censorship. “Film is a powerful medium for change. And you don’t want that subject to mindsets seeking to curtail authentic expression, particularly in a developing country.”

Wilifred Okiche is a freelance journalist based in Lagos.