Home Culture Langston Hughes: A Leader Of The Harlem Renaissance 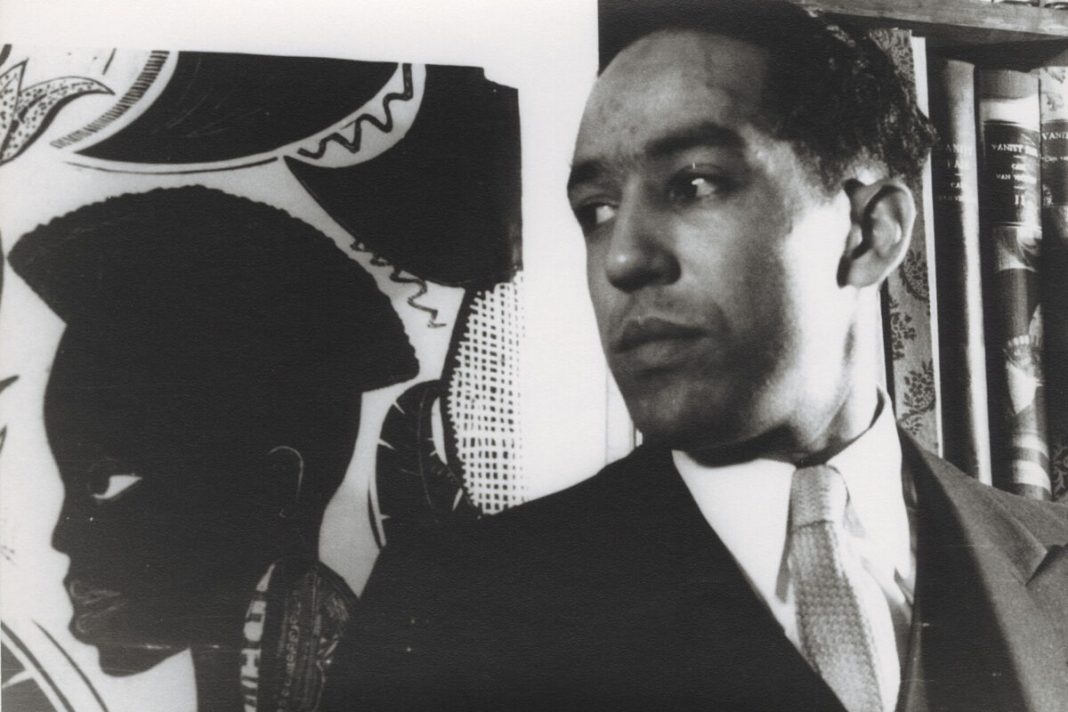 Langston Hughes, full name James Mercer Langston Hughes, was born around February 1st, 1902 in Joplin, Missouri. He was raised by his mother and grandmother and grew up in a series of towns across the United States midwest, showing a proficiency in writing from a young age.

His tumultuous childhood may have given him the experiences that made him such a profound writer down the line. By the age of 12, Hughes had already lived in 6 different American cities.

Furthermore, by the time he released his first book, Hughes had already been to Mexico, West Africa, the Azores, the Canary Islands, Holland, and worked as a doorman at a nightclub in Paris.

By the time of his high school graduation, Hughes had already written his first acclaimed poem, “The Negro Speaks of Rivers.”

This poem would be published in The Crisis, the official magazine of the NAACP and the world’s oldest black publication.

After graduating, Hughes moved to New York City and attended Columbia University for one year before dropping out. During his time in the city, he explored Harlem and found the place where he’d establish his career.

It would be in this neighborhood that Hughes would play a central role in one of the most important cultural events of the 20th century. This event, the Harlem Renaissance, would be the flowering of African-American culture in the United States.

During this time, black artists, writers, and intellectuals would reconceptualize the African-American image separate from the stereotypes that they had been defined through by white society for centuries.

A Voice for Black Artists
In his writing, Hughes spoke about the black experience in America, but in new ways that many black intellectuals at the time disagreed with. Hughes aimed to “honestly portray the joys and hardships of working-class black lives, avoiding both sentimental idealization and negative stereotypes.”

This concept was outlined in an essay, “The Negro Artist and the Racial Mountain,” where Hughes stated:

We younger Negro artists who create now intend to express our individual dark-skinned selves without fear or shame. If white people are pleased we are glad. If they are not, it doesn’t matter. We know we are beautiful. And ugly too.

Hughes writing, and many of his contemporaries’ writing, focused on the “low-life,” that is, the real lives of African-American’s who found themselves in the lower part of the social-economic system.

He was the first African-American man to make a living off of his writing and giving public lectures, and by doing proved wrong many white Americans who disregarded blacks simply because of their race. For one of the first times, whites considered a black writer to be on par with white contemporaries.

Hughes was also a pioneer of jazz-poetry, a form of literary art that is characterized by jazz-like rhythm and the feel of improvisation. The development and growth in popularity of jazz music was one of the ways the arts, specifically art created by African-American’s, flourished during the renaissance.

One of Hughes acclaimed poetry books, The Weary Blues, is a prime example of his unique style of phrasing that is influenced by jazz music. Here is a short excerpt from the book that exemplifies this style of poetry:

To the tune o’ those Weary Blues.
With his ebony hands on each ivory key
He made that poor piano moan with melody.
O Blues!

An Incredible Legacy
Langston Hughes had an everlasting impact on writing, as well as future generations of African-American artists. His approach to the portrayal of African-American life in writing at the time was new to many and proved to be revolutionary.

His career was also unique and second to none. It took him all across the globe and allowed him to develop into the visionary writer he came to be.

Besides being regarded for his poetry, Hughes also wrote plays, essays, short stories, and novels. He would also frequently travel across the United States, and to the Soviet Union, Japan, and Haiti to give lectures. He even served as a war correspondent for American newspapers during the Spanish Civil War.

As the years passed, new generations of African-American intellectuals and activists began to take issue with some of his viewpoints, perturbed by the fact that Hughes never really identified himself politically.

Although his popularity wavered at points throughout the years for these reasons, especially in the exceedingly racially turbulent second half of the 20th century, Hughes reputation as a trailblazer for the freedom of African-American art and culture is everlasting.

Langston Hughes died of complications of prostate cancer on May 22, 1967, but his legacy and profound impact on African-American culture and the world of literature lives on.

His home in Harlem, on East 127th street, received landmark status in the city of New York and was added to the National Register of Places in 1982.

In most of his work, Hughes continued to discuss important issues regarding African-American’s in American society, and their experience in the face of centuries of discrimination and prosecution.

His work exemplified the attitude of the Harlem Renaissance, and he is remembered as a central figure of the era in which African-American culture blossomed and defied the prejudiced and discriminatory attitude that was cast upon it by American society.

Aaron Ginsburg is a Second semester senior at UAlbany. Journalism major and communications minor. Passion for everything music.

African Cinema Into The Future