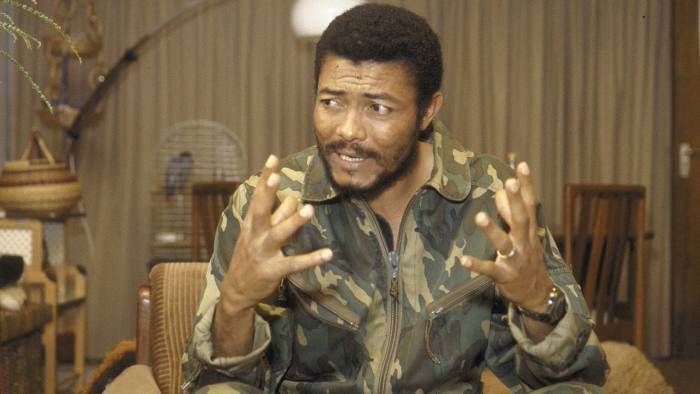 In the 1980s, Flight LieutenantJerry John Rawlingslaunched heritage tourism as a means to economic development in Ghana. Under his initiative, Ghana’s forts and castles –whereenslaved Africans were forcibly put on slave ships to cross the Atlantic Ocean into slavery in the Americas – were turned into heritage sites for tourism. It united Africans and African descendant people living in the disapora.

Rawlings was Ghana’s youngest and longest-serving post-independence leader. He led military uprisings in 1979 and 1981 and served as elected president from 1992 to 2000. When Rawlings came to power in 1981, Ghana faced numerouschallenges. Food was scarce, medicines unavailable, over a million Ghanaians were deported from Nigeria, and the economy was almost bankrupt. Rawlings understood the capital investment necessary to rebuild the economy.

Rawlings rarely gave interviews. This abbreviated interview with him was the first time he spoke publicly on heritage tourism and development. It comprises several conversations in 2018 and 2019.

How did you arrive at this innovative idea – using cultural heritage tourism for development?

I was always interested in culture and art. (He shows me his childhood artwork.) As a child, I was an artist.

At that time (in the 1980s), Ghana was politically stable. Cocoa, gold and timber were our major commodities. The tourism idea was unplanned. But I worked with many progressive-minded people. For instance, Valerie Sackey (Ministry of Communications) and Dr Ben Abdallah (Minister of Culture and Tourism) who approached me with the idea. They targeted cultural heritage, such as the forts and castles, natural heritage, performance and arts – for example Panafest.

Quite frankly, I was surprised by the response. I remember, when I was young,(Kwame) Nkrumahwas the star of Africa, and black Africa at that. I was acquainted with African Americans coming to Ghana. We had personalities such asGeorge PadmoreandW.E.B. Du Bois. I was familiar withMalcolm XandMartin Luther King. I expected those who visited would want to know Africa better. After all, I was a young student whenMuhammad Alicame to my school. Consequently, I saw all of this as part of a natural flow of events – even if it also brought some resentment. Many had a complex relationship with Ghana. After I left school, I observed this first-hand, when I used to ‘be-bop’ around town. African Americans struggled to come to terms with the fact that Africans participated in the transatlantic slave trade and sold their ancestors into slavery. It was a very mixed response.

So, when I was in office, I did not think African Americans travelling to Ghana was something to be revived. I left the matter to those who championed heritage tourism and the various ministries.

Is it possible to describe you as a pragmatist, for trying to reconcile the revolution with ‘real world’ demands?

We had little money to invest in what was important to provide stability – a stable climate, water, roads. But we did well, as tourism became our third largest foreign exchange earner – though we didn’t invest in tourism per se. Ghana was seen as a place where the black man had reason to feel proud and was not exploited byneocolonialism, so that was something in and of itself. The 1979 revolution also restored justice and respect… In our case, this pilgrimage … was a connection to blackness, to ‘Africanness’.

Were there any challenges?

Sure. The African diasporan presence raised the subject of citizenship and nationality. This created issues, including reparations for the transatlantic slave trade and slavery, which also created a polarisation between our own people and African descendants. Still, I would like to mention something interesting. Gradually, African Americans won recognition in various arenas, for example, sports and entertainment. But in the late 1970s and early 1980s, several were so disgusted at their treatment by the United States government that they offered to participate in the Olympics on Ghana’s ‘ticket.’

Unfortunately, soon after, African American perceptions of Africa altered with theEthiopian famine. Whereas previously, they sympathised with Africa’s struggles and, in a defiant move, wanted to identify with the continent, that sentiment suddenly collapsed. Horrible scenes on the television – overwhelming images of Ethiopians covered in flies, with bloated stomachs, dissuaded lots of African Americans from identifying with Africa.

As head of state, you worked and lived at Osu Castle. What was that like?

Often, I was too busy to give thought to the (slave trade and colonial) past. I saw my fellow black man suffering. When I travelled up north, I saw my people did not have water to flush their toilets andGuinea wormwas everywhere. The pressure of economic and social injustice was on me! Don’t forget that I was not always at the castle. I was always on the move. So was (my wife) Nana Konadu Agyeman-Rawlings. I had water, electricity and a bed to sleep on. What more could I have asked for? Why would I spend money on renovating the castle? Many Ghanaians did not have basic necessities. I did not even have the money to buy bullets for my soldiers in Liberia, or to protect people during the violence in the north.

How do you see the heritage tourism and development initiative today?

As for Ghana, we receive people well. Over the years, the ‘return’ has become increasingly known. Ghana has enjoyed a unique position because of our history, independence, Nkrumah, the assertion of black people in Africa’s liberation struggle and black people generally.

We are aware of our responsibilities to ourselves, our fellow Africans, and those in the diaspora. I am not enthusiastic about (financial) reparations. Those taken during the transatlantic slave trade must decide. If they return, we should offer them land and dual citizenship as restorative and social justice … As for diasporans and development … they do not have the money to develop us in Africa. Let us give them the respect that they want, that is due. That is the beginning of it all. Then other things will follow. This way, they can also fight for the continent … help us gain access to what the continent deserves. You see? This is how it should be.

Postscript: President Rawlings passed away as this article was to go to press. It is published with support from the Rawlings family. Thanks to the Journal of Heritage Tourism for permission to republish.