Home Culture How To Curate A Pandemic 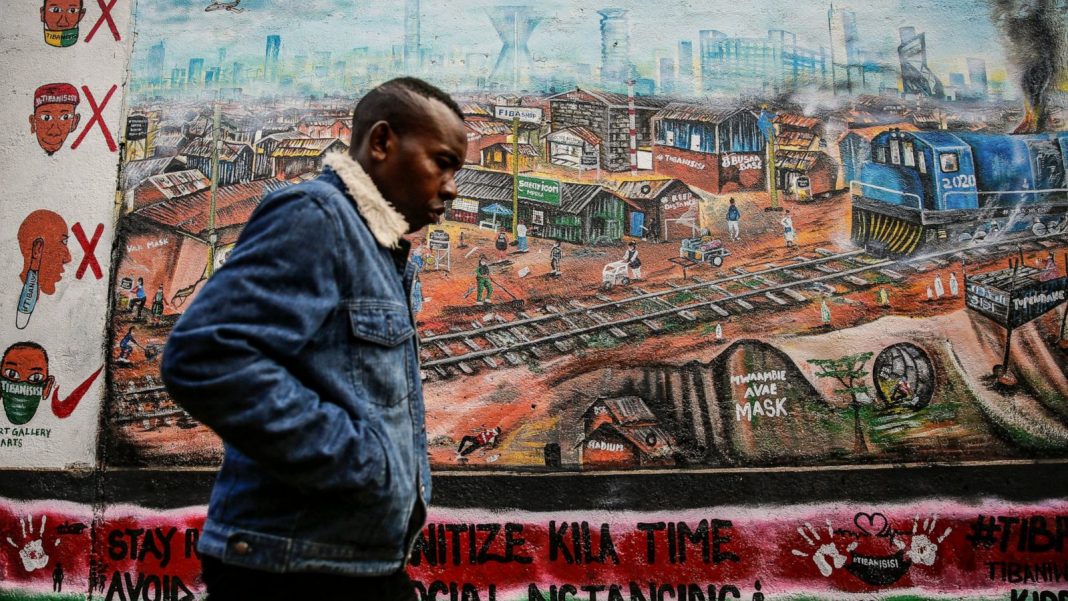 The pandemic has devastated the culture sector as brutally as every other aspect of society. Covid-19 is hitting museums and galleries in the public sphere even harder than those in the commercial sector, which at least have the opportunity of online trading. Visitors to museums have dropped about 80 per cent this year, partly because of enforced closures, partly because of the public’s reluctance to travel or visit public places.
Tate recently announced that it expects to welcome one million visitors instead of eight million by the end of April. Its statement said: “For every £10 we were expecting to make this year, we are only receiving £4, and we expect to lose £56m in self-generated income.” In the US, the Metropolitan Museum of Art in New York has warned of a shortfall of at least $150m for the 2020-21 financial year. Visitor numbers are not expected to recover fully for at least two to three years.

Financial losses from Covid-19 are not the only challenges museums face. Well before the pandemic, environmental and social activists were holding western institutions vigorously to account. Museums were already struggling with issues of diversity — both in staffing and, more importantly, in representation in their collections — the status of objects in those collections and calls for restitution. The situation is further complicated by criticism of many traditional sources of philanthropic funding and ongoing concern for the environment.

The Black Lives Matter movement and other world events put a renewed spotlight on racism, illuminating the “white gaze” of western institutions. Even as museums scrambled to promise that change was afoot, they found themselves ensnared in further criticism. “Did our lives matter when you STOLE ALL OUR THINGS?” retorted writer Stephanie Yeboah when Hartwig Fischer, director of the British Museum, tweeted solidarity for Black Lives Matter. Yeboah thus yoked racism into the charged question of restitution.

In Germany, the virtual opening of the mighty Humboldt Forum in Berlin, 10 years and €600m in the making, has fanned the flames of controversy about artefacts from the country’s Ethnological Museum, many of which will be displayed in the grand new museum. The issue of who holds and curates African heritage pieces came to the fore when Nigeria’s ambassador to Germany wrote last month to Chancellor Angela Merkel demanding the return of precious bronzes looted from Benin. Despite its ambition and splendour, it is hard not to feel that the Humboldt Forum is designed on a museum model already out of date.

Other countries are working to counteract the historic effects of that traditional model. In the Netherlands, new legislation is being drawn up to effect “unconditional returns” of objects to their countries of origin. Meanwhile, in France last month the National Assembly voted to return 26 colonial objects to Benin and one to Senegal. Such initiatives signal that calls for restitution are being taken more seriously than ever before.

These moves throw into relief the reluctance of other institutions to follow suit. The British Museum is yet to return a single bronze to Benin — it has about 800 of them — but has created a new strand entitled “Collecting and Empire” to illuminate and acknowledge the sometimes nefarious backstories to many of the institution’s eight million artifacts. But by omitting the Parthenon marbles and the Benin bronzes, critics say it is little more than window dressing. “It’s still fundamentally conservative,” says Alice Proctor, author of The Whole Picture: The Colonial Story of the Art in our Museums and Why We Need to Talk About It.

In the UK, that conservatism reflects the fact that museums have been “dealt a really bad hand”, as Hammad Nasar, curator of the British Art Show 2021, puts it. Now government pressure is added to the mix. During this summer’s electric debate about art and objects rooted in Britain’s colonial past, national museums received a letter from Oliver Dowden, UK secretary of state for culture, media and sport, warning them that “the government does not support the removal of statues or other similar objects” and suggesting that funding could be cut if his warning was not heeded. The threat signals the government’s refusal to uphold the “arm’s length” principle that has historically protected cultural institutions from the ideology of their public purse-holders.

It also seems to run contrary to much public opinion. At a parliamentary digital, culture, media and sport committee meeting, Sonia Solicari, director of the Museum of the Home, said that Dowden’s letter left her feeling “extremely compromised” as she felt obliged to retain the statue of Sir Robert Geffrye, a slaver and founder of the museum’s premises, despite a public consultation in which voters had overwhelmingly asked for its removal.
So what is the way forward?

With regards to restitution, Proctor believes that fortune favors the bold. “Given how precarious and conditional their funding is right now, museums have little to lose by being braver,” she says. “[In the UK] we have one of the most conservative nationalist governments that we have had for a long time, and that is something to which museums can respond. They can . . . reflect the good and bad of British history in a brave and critical way . . . and still be doing their responsibility as a public institution.”

Some institutions are rising to the challenge. This autumn Oxford university’s Pitt Rivers Museum, previously a target of fierce protests about the colonial origins of its 500,000 ethnological artefacts, announced an overhaul of its display. The changes that garnered headlines were the removal of tsantsas, shrunken human heads made by the Shuar and Achuar peoples of South America. But a more significant transformation saw objects relabelled to acknowledge their troubled histories, a process that continues. Restitutions have also begun. Ten ancestral remains were returned to New Zealand in 2017 and ongoing consultations with Australian government officials should result in further repatriations.

The revamp, three years in the planning, has received an enthusiastic response. “It has largely been very positive,” says Laura Van Broekhoven, Pitt Rivers director. “We were finalists in the Museum of the Year award [in 2019] and, although some visitors have expressed disappointment that the heads are no longer on display, most have been explicitly positive.”

After several decades in which museums could not be too ambitious, the pandemic has exposed the structural weaknesses of vast international museums in an age of capitalism. In April, in a podcast hosted by The Art Newspaper, a group of museum directors, including Tristram Hunt of London’s Victoria and Albert Museum and Sally Tallant of Queens Museum in New York, discussed the challenges ahead of them.

Hunt, trying to steer a ship whose £18m annual turnover requires at least 50 per cent of its revenue to be generated through tickets, café and retail sales, corporate events and memberships, spoke of the “incredible envy” he felt for European museums where there was a stronger tradition of state support.

British museums, he said, had become so successful at “commercial application” that the Covid-induced closures hit them particularly hard. Indeed, the staff cuts that have aroused angry protests this year, though a response to losses caused by the pandemic, were set in motion over the past decade when museums began to outsource certain roles to commercial subsidiaries, thus depriving many of their job security.

Tallant, meanwhile, at the helm of a museum with a $5.2m turnovers, said she felt “really lucky to be in a smaller organization where I can be a little more nimble”.  What can the flagship institutions do in the face of such arduous headwinds? As Tate announced a further 120 job cuts this December, director Maria Balshaw was asked whether the museum needed to slim down its ambitions. She replied that the expansions at St Ives and Tate Modern — whose £260m new wing was named after one of its main donors, Ukrainian-born oil billionaire Sir Leonard Blavatnik — were “absolutely vital steps to ensure those museums are fit for purpose long-term”.

Balshaw admits that “we don’t always handle things perfectly but we are learning”, and is one of the many institutional directors who know it is time for a fundamental reassessment. A recent BBC radio programme, Exploding the Canon, centred on decolonisation and diversity and included dissident voices such as that of social and environmental campaigner Suzanne Dhaliwal, who questioned the right of a museum to survive if it could not respect both a diversity of artists and visitors and labour rights. The question, said Dhaliwal, is: “How does the gallery serve the human in its time?”

One answer is to stand up to political forces that want to reduce art to the status of a commodity or luxury. “The [British] government found £16bn for defense but just £1.57bn for all culture,” says Nasar. “That tells me that there are people championing the causes of defense but I don’t see anybody at a senior level championing the idea of culture as a basic need. What is needed is cultural leadership.”

Bold, progressive steps are going to be essential as the culture sector navigates 2021.

Rachel Spence is an FT correspondent.