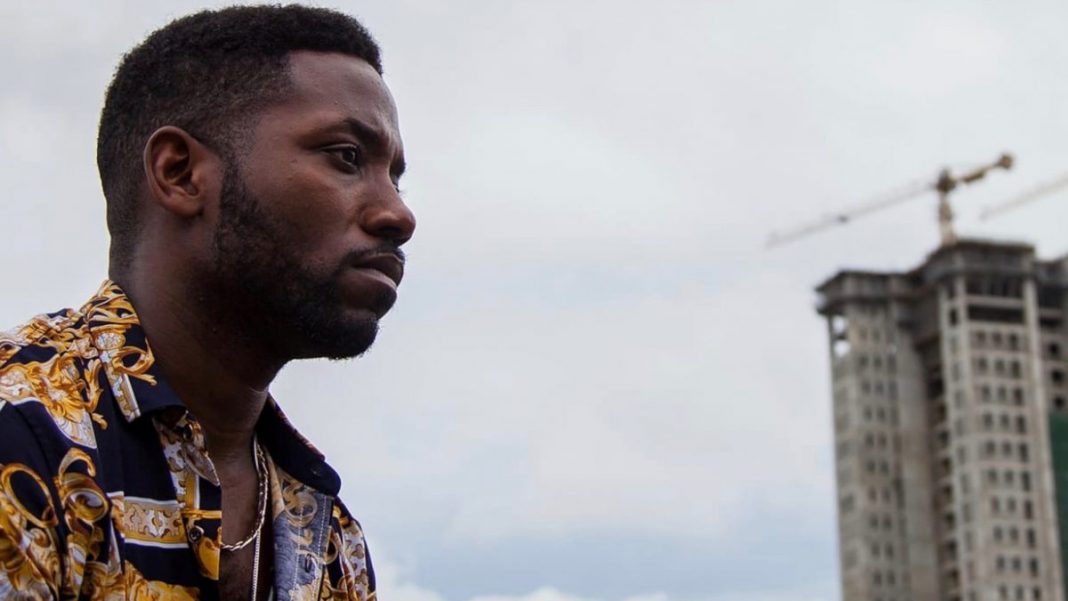 Last year, British-Nigerian actor John Boyega was in Lagos to promote his film, Pacific Rim: Uprising. During his stay, Boyega told CNN, “Hollywood wants African stories and I think Nigeria is at the forefront of that. They are ready to see all these epic stories that we have in Nigeria.” This statement should be good news for Nigerian cinema because going to Hollywood means going global. However, there is something discomforting about it; poverty porn-loving Hollywood, with its history of telling formulaic narratives of crime, child soldiers, and poverty about Africa, wants to tell our stories.

A recent Hollywood production with a Nigerian story is Faraday Okoro’s Nigerian Prince (2018). Featuring a mostly Nigerian cast, but backed with American money (including from phone company, AT&T), the film explores one of Nigeria’s infamous identities—its association with internet and email scams.

first-generation Nigerian-American, sent to live with his Aunt, Grace (Tina Mba), in Nigeria against his wishes. Auntie Grace is a law professor whose son, Pius (played with Nigerian swagger and a problematic Nigerian accent—really a generic Hollywood “African” accent—by the British-born American actor Chinaza Uche), is an internet scammer who enjoys being a yahoo boy. Eze befriends Pius and helps him with a con in exchange for a return ticket back to the United States.

Mr. Okoro, like Eze, was sent to school in Nigeria by his parents against his wishes. The two years he spent studying in a Catholic boarding school in the country put him in a different space compared to other Hollywood filmmakers who have told Nigerian or African stories without having lived on the continent. So, one might have expected Okoro to tell a story that would stay away from the usual one-dimensional stories of poverty, corruption, and backwardness Hollywood often associates with Africa. But he goes down that road with irrational desperation.

The portrayal of Nigeria as “a place where everyone is scrambling for cash, and you’re either toiling away at a dead-end job or have joined the underground culture of scam artist” (as Variety’s Owen Gleiberman puts it in his typically slanted review) makes this film potentially unsettling and annoying to a Nigerian living in Nigeria; but for the film’s primary American audience, it probably confirms their idea of Nigeria.

Tina Mba’s character, Aunty Grace, is written with so much misrepresentation; she is a law professor who doesn’t have a shower, has no internet or a second bed for her nephew who is coming to stay with her, and is unnecessarily harsh to him—there is a scene in which she pours a bucket of water on him when he refuses to leave the bed and threatens boiling water next time. In reality, a Nigerian-American is often the darling of the home when they visit. That the average Nigerian law professor can afford a car, internet, and a good-sized apartment appears to have been lost on the author. It is incredible how rationality walks out the door when Hollywood is bent on portraying Africans as one-dimensional, always poor.

What Okoro may fail to realize is that the one-dimensional story of poverty, scam, and corruption that he tells opens the country to scathing comments similar to Donald Trump’s reference to the African continent as consisting of “shithole countries.”

However, not all of the film is a misrepresentation. Nigerian Prince paints a realistic picture of the scam culture and corruption in Nigeria, especially Lagos, although in a myopic manner. As novelist Chimamanda Adichie put it in her essay for Esquire, “to live in Lagos is to live on distrust. You assume you will be cheated…”

These stories are part of the dark side of Nigeria; they are our realities and it is okay if they are told without dilution, the same way that Hollywood discusses the corruption and abuse of power by those in the White House in films like Andy McKay’s Vice (2018)and Steven Speilberg’s The Post (2017). But more accuracy and more complexity are needed to show a side of Africa beyond poverty and corruption.